Markets in almost nothing 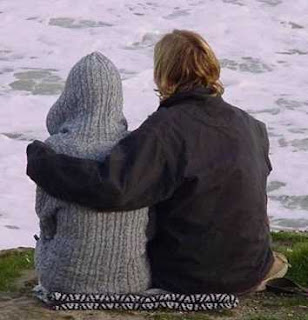 ...Nothing important to human beings in rich countries, that is.

One of the first things I noticed when I started studying economics was that goods that can't be bought and sold are basically ignored. That might be fine for determining prices of stuff (especially if people have quasilinear utility), but when you have massively incomplete markets, the basic big results of first-year microeconomics - the welfare theorems - go totally out the window. In addition, to get comprehensible results for the prices and quantities of exchange-able goods, you need to make a lot of heroic assumptions about the non-exchange-able goods - in other words, when people spend most of their time working for things that money can't buy, their behavior toward the things that money can buy gets a lot more complicated.

And when I think about it, I realize that people do spend much of their time working for things that they can't possibly buy. Here are some examples of things that can't be purchased in any market, even with one hundred billion dollars or a million tons of gold:

* The respect of your peers

* A feeling of career "success"

* The ability to fit in with other human beings

* Your family being proud of how your life turned out

* The feeling of being good at what you do

There are many more examples. It's not a question of whether these things should or shouldn't be traded in markets. It's simply that they cannot be.

Now, of course you can purchase things that help you get the items listed above. You can buy a cell phone that will help you hang out with your friends or meet your lover for a date. You can buy a car that takes you to where your friends are, or where your job is. Etc. But markets won't get you all the way there. If you want a hamburger, in contrast, markets will get you all the way there - just slap down the cash and the burger is yours.

Also, some of you may be thinking "But, people who make more money get more respect and are seen as more successful!" And this is (often) true. But that's not the same thing as exchanging money for respect. Exchange is voluntary - I give you some good (or some financial asset, e.g. money, that represents claims to goods), and you give me some other good. But when you get respect for being rich, you are not giving up your money in order to get more respect. (Sometimes you can engage in conspicuous consumption, but that's a bit different.) So "money leads to respect" does not mean that there is a market for respect.

Others of you may be thinking "OK, well, some people are born with these non-exchange-able things. Those lucky people have higher baseline utility, but I don't see how this changes how markets work." Ah, but here's a key point: Many of these non-exchange-able goods can be produced. Good relationships, for example, are not something you are born with - they take time and effort to build. Similarly, the respect that comes with a successful career requires that you put a lot of work into the career.

So, basically, markets provide only a limited slice of the things that humans want. In fact, I'd argue that in rich countries in which food and security are not a problem for the majority of people, the vast bulk of our effort is spent producing non-exchange-able goods like "success", "respect", "love", and "relationships".

We live in a world of Massively Incomplete Markets.

What does this mean for economics? First of all, it may help explain a lot of the phenomena we see in markets. For example, a lot of people's "leisure" time is spent working at the production of (non-exchangeable) love and relationships; this could be the source of "consumption-leisure complementarites" and other phenomena that describe people's behavior toward work and leisure.

A second example: Though people in rich countries work a bit less than people in poor countries, the super-rich often work very hard (at least, the ones I know do). This is a puzzle for the type of simple utility functions used to explain labor-leisure choice in macroeconomic models. Why do the super-rich work? It could be because working itself provides them with utility, or it could be because working enables them to produce the feelings of self-worth and capability that their huge bank accounts can't possibly buy in any market.

A third example: People may choose to be unemployed for a very long time if the new jobs on offer represent a loss of "dignity" (due to, for example, their family or spouse seeing the new job as a "step down" in their career). This could lead to search frictions that might explain a lot of long-term unemployment. Dignity concerns also probably affect wage demands, which could lead to sticky real wages in addition to the more commonly used sticky nominal wages.

A fourth example: People notoriously like minimum wages better than government handouts like the EITC, even though most economists agree that the EITC is a lot more efficient. Why? Probably because "earned" income gives people a feeling of dignity, while "handouts" reduce dignity. The former can only produced through work, not bought in a market.

So I think that non-exchange-able, but producible, goods might have an absolutely enormous impact on economic behavior of all kinds. What gets exchanged in markets is heavily dependent on what must be produced outside of markets.

Also, I think that non-exchangeable producible goods should have an impact on our analysis of human welfare and government policy. Assuming that all consumption can be bought with money leads one to support policies like the EITC, but these policies may be extremely sub-optimal when goods like dignity are brought into the equation. Additionally, government should think about how its policies discourage the formation of human relationships - for example, by subsidizing low-density suburban sprawl that makes it hard to meet people.

Now, of course, in the most general sense, incomplete markets are a technological problem. After all, when the Beatles sang "Money can't buy me love," money couldn't even buy you hair. Someday we may get the ability to buy our emotions and desires from vendors. That will be a very weird day! But for now, Massively Incomplete Markets define our world.

(Note: I'm sure people have thought very long and hard about this already, but I don't know the literature, so feel free to recommend papers in the comments or on Twitter!)
Author: Noah Smith Posted at 1:56 AM