What is an economic equilibrium? 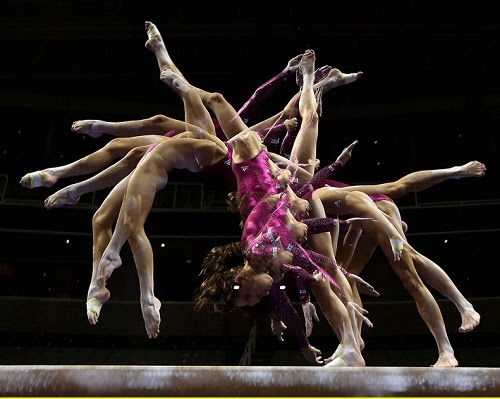 I get asked about this one a lot. And it's also a source of controversy...on one hand you have some econ critics who say "Econ models wrongly assume that the economy is always in equilibrium," and on the other hand you have economists responding that "No, economics models are defined to always be in equilibrium." So I thought I'd try to clear things up...hopefully I don't just end up muddling them further. But anyway:

"Equilibrium" can mean many different things.

There are many different types of equilibria in economics. This may sound intellectually dishonest, but it's not;  the same is true in biology, physics, or any other science. "Equilibrium" just means "balance", and there are lots of different kind of things that can balance. In fact, any equation you write down that isn't true by definition can be interpreted as an "equilibrium" relationship, or "equilibrium condition" - the equation is simply a statement that whatever's on the left-hand side of the equation is balanced with whatever's on the right-hand side.

Different economic models have different kinds of equilibria, so it's not like there's one kind of "equilibrium" that is all-important to modern economics. But, as my macro teacher Rudi Bachmann drilled into me, it's good to always be specific about what kind of equilibrium your model actually models.

A Rational Expectations Equilibrium (REE) is a kind of Walrasian equilibrium with uncertainty about the future. In addition to the condition that prices adjust to clear markets, a REE includes the condition that people's subjective beliefs about the probability of future events are equal to the actual probabilities of those future events. In other words, in REE, beliefs and probabilities are also in balance; this is in contrast to, say, models in which people learn about the probabilities as they go. A REE is a kind of Radner Equilibrium.

What if prices can't adjust to clear markets? This could happen if, for example, there were menu costs or other kinds of costs to changing prices. (It could also happen if there were a magical fairy who decided when you could and couldn't change your prices. And it could also happen with search frictions.) In that case, markets might not clear, so you wouldn't have a Walrasian equilibrium. BUT, you'd still have people's plans being consistent with each other. In this case, you'd have the kind of equilibrium in a sticky-price New Keynesian macro model, in which labor markets don't always clear.

Note: I don't think "constrained general equilibrium" is the right name for this sort of equilibrium, but I don't actually know a general name for it.

In most dynamic models (for example, DSGE models), the economy tends toward some "steady state", in which either nothing in the economy is changing, or in which things are only changing at constant long-term trend rates. The economy may or may not ever get to the steady state. But regardless, a steady state is technically a kind of equilibrium as well.

There are different equilibria for different "terms" or "runs".

And if you modeled the adjustment of plans, you'd have another level - a "very short run". So it's clear that the economy can be in short-run equilibrium at the same time it's in long-run disequilibrium. It all hinges on those assumptions about which things happen faster and which things happen slower.

In economics at least, everything takes some amount of time. So for every equilibrium, there's some sufficiently short time horizon at which the economy may not be close to the equilibrium yet (depending on initial conditions). This is obvious once you realize the difference between short- and long-run equilibria. It's possible (in a New Keynesian model) for plans to be in equilibrium even while supply and demand are in disequilibrium.

Stability matters, but at some level you just have to assume it.

As anyone remembers from first-year differential equations class (or before), some equilibria are stable and some are unstable. As my another of my teachers, the great Yusufcan Masatlioglu, famously said, stability means "I kick you, you come back."

Any model deals with a certain "term" or "run" of equilibria, and leaves the shorter-term stuff un-modeled. This is unavoidable (unless you think you can model economics based on the interactions of its constituent particles, in which case you are both wrong and a doofus). You have to just make an assumption about the stability of the stuff that happens quicker than the stuff in your model - you have to either assume it's stable or  assume it's unstable (in which case you are still assuming that the stochastic process that governs it is, on some level, stable).

As for the stuff that is in your model, you do need to check the stability of that stuff.

For example, suppose you're making a growth model. You decide to assume that demand and supply are in equilibrium; you justify this assumption because you think that growth happens on a much longer time-scale than price adjustment. If you do this, it will make your life a lot easier to assume that supply and demand don't suddenly, unpredictably go haywire, thus throwing off your model - in other words, it's convenient to assume that the supply-demand equilibrium is stable. (Alternatively, you could assume instability of the shorter-run equilibrium; in this case you would model excess demand as a stochastic process.) Then, you have to check whether your model yields a stable long-run equilibrium (in this case, a "balanced growth path").

But if you're making a model of how supply and demand work, you can't just assume stability; you have to show it. This will generally depend on the price adjustment mechanism; getting stable supply-demand relationships is possible, but not trivial.

(Side question: Do real economies have stable prices? Some do, for sure - for example, a continuous double auction. That's an empirical fact, not a theoretical one! But there are lots of very general, plausible theoretical cases in which supply-demand equilibria are unstable.)

Also, I haven't talked about uniqueness, but that's important for similar reasons. Also, in discussing "stability" I've ignored the different kinds of stability, such as cyclic stability, in which you cycle around and around an equilibrium without ever hitting it. But anyone who has worked with those kind of things can understand pretty intuitively how those would be important.

So what about the criticism that economists "assume the economy is always in equilibrium?"

For example, suppose we do a lot of work analyzing the way people form their beliefs and plans, and we find that it's possible for their beliefs to change very rapidly - in other words, it seems that equilibria of plans are not usually stable (maybe due to some quirk of how people learn). But suppose all our models of slower, longer-term things - price adjustment and supply-demand balance, capital adjustment and business cycles, etc. - assume that beliefs and plans form stable very-short-term equilibria. Well, our longer-term models are going to make some mistakes! Because they're going to ignore the effects of those sudden shifts in beliefs and plans. In this case, a better thing for the long-term modeler to do would be to assume that beliefs and plans can change randomly, and assume that they change according to some sort of stochastic process.

In conclusion: "Equilibrium" is not a single, unified, principle of economics.

It's just a term for "equations describing economic relationships that are not true by definition." Some equilibrium assumptions are right; some are wrong.

That doesn't mean that arguments about specific equilibrium assumptions are pointless - far from it! For example, in his famous 1976 "Lucas Critique" paper, Robert Lucas argues that we can just assume that price adjustment happens quickly and that supply-demand equilibria are stable:


On the theoretical level, one hears talk of a "disequilibrium dynamics" which will somehow make money illusion respectable while going beyond the sterility of dp/dt = k(p-p_e)...[but this] will fail...

But then along came Greg Mankiw, Mike Woodford, Guillermo Calvo, and others, and came up with sticky-price theory, which led to New Keynesian models, which are entirely based on the idea that prices don't adjust as smoothly as Lucas assumes. And those New Keynesian models ended up basically winning the battle of hearts and minds among a majority (though not an overwhelming majority) of macroeconomists, pushing out the RBC models that made the kind of equilibrium assumption that Lucas prefers.

In other words, sometimes modeling the disequilibrium dynamics of one kind of "equilibrium" is really important. But to make that model, you assume an "equilibrium" of another kind.
Author: Noah Smith Posted at 12:16 PM