Podcast: All about Abenomics 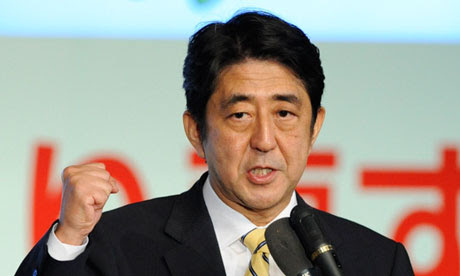 Yesterday I did a very fun interview with Cardiff Garcia and Izabella Kaminska of the Financial Times, for the FT's Alphachat podcast.

The main themes were:

1. Abe, and BOJ governor Kuroda, really did surprise me with their bold monetary policy steps. But that doesn't mean the monetary stimulus of Abenomics is necessarily going to work, because A) no one really knows how or if QE really works to raise inflation, and B) there are still doubts about the willingness of the powerful and conservative Japanese Ministry of Finance to allow higher inflation in the future.

2. The BOJ is wary of capital flight, which would raise government borrowing costs. Japanese investors and policymakers may not understand or recognize the difference between interest rate rises from a recovering economy and interest rate rises from capital flight. This may make the BOJ reluctant to follow through on its promises of doing "whatever it takes" to cause inflation.

3. Structural change might help the Japanese economy a lot, but it would involve wrenching social change that nearly everyone in Japan is dreading (though many believe the changes are inevitable). So don't expect too much out of the "third arrow" of Abenomics.