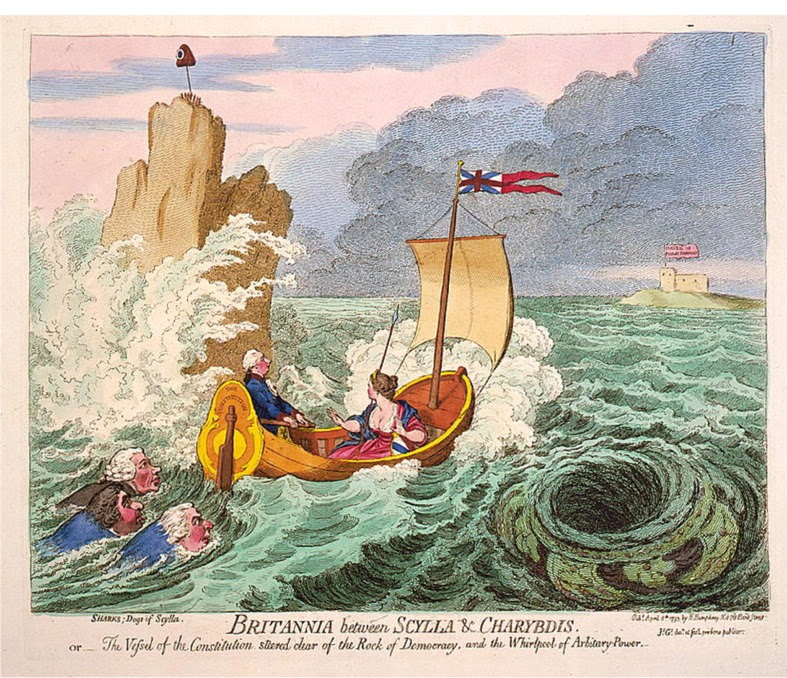 A funny thing happened the other day. As part of "Abenomics", the Bank of Japan has been buying long-term Japanese government bonds. This has seemed to have the expected positive effects - Inflation is up, inflation expectations are up, growth is up, consumption is up, exports are up, and the stock market, despite a recent drop, is way way up. But here's the funny thing - Japanese long-term government bond yields kept going up over most of the last month (meaning JGB prices went down).

That's weird, right? Econ 101 says that if you buy more of something, its price should go up, not down! In this long rant, Richard Koo attributes the rise in interest rates to increased inflation expectations. According to Koo, QE doesn't work, and Japanese private investors, realizing this, started to expect inflation without real growth, and ditched JGBs, causing rates to rise.

But Nick Rowe has another explanation. According to Rowe, the rate rise was due to greater expected growth (nominal growth, so both better real growth and more inflation). As the BOJ's easy monetary policy causes the economy to improve, Rowe says, interest rates will naturally rise; investors are simply anticipating that rise, and selling bonds now. Rowe also has these rather harsh words for Koo:


Is Richard Koo really a Keynesian? Or is he just a finance guy, who doesn't really get macro/money?

One person who would probably agree with Rowe is Paul Krugman, who is himself a big supporter of Abenomics. In this blog post, Krugman outlined three "stories" about falling bond prices. Although none of the three stories correspond to Japan's current situation (long-term bond prices are down, stock prices are up, and the yen is down), the "stronger recovery" scenario involves rising stock prices, which we have seen. Rising stock prices indicate positive expectations for real economic growth, not just inflation. (Koo explains away this by conjecturing that Japanese stock investors and Japanese bond investors have different expectations, which I guess is not totally unreasonable given that most JGB holders are Japanese, while most of the recent inflows into the Japanese stock market have been foreign money).

(I have to say, initially I was skeptical of the Rowe/Krugman story. Most models I know would say that the recovery would take a while to raise interest rates above the pre-Abenomics level; the general-equilibrium effect would take years to overcome the partial-equilibrium effect of increased BoJ purchases holding rates down. To get a Rowe/Krugman type of rapid interest rate rise, I think you'd need a "good equilibrium, bad equilibrium" sort of model, where Abenomics kicks the economy out of the bad equilibrium very abruptly, and the economy is shocked back to a sustainably higher rate of NGDP growth. But then again, I guess I do kind of believe in that sort of model. And Japan's deflationary stagnation has lasted much longer than is typically possible in the simpler models I learned in grad school. But I digress.)

So anyway...are Japanese interest rates rising because of an incipient real economic recovery? Let us hope to Amaterasu that they are not. Let us hope that the rising yields are a blip, a trick of expectations and volatile markets and jittery bond investors.

Why do I say such a crazy thing?

Nick Rowe hints at the answer at the end of his post, when he writes:


And we can only regret that Japan did not do this many years earlier, instead of wasting all those years and letting Japan's government debt/GDP ratio climb. Because that high debt/GDP ratio is the only reason why someone might want Japan's economic recovery but not want the higher interest rates that will accompany that recovery. Which is no reason to try to stop the recovery. Though it is one additional reason to regret not having done something like Abenomics a lot earlier.

Rowe is being far too blithe. At very very high levels of debt-to-GDP, a rate rise is disastrous.

Imagine, for the sake of exaggeration, that a country had a debt-to-GDP ratio of three thousand to one. Suppose this was all in 30-year bonds, so that every year the government would have to roll over about 1/30 of its total debt, or 10,000% of GDP. Suppose that interest rates are just barely above zero - low enough to allow the government to maintain this debt burden.

How could it pay up? You can't tax 100% of GDP. So the government would have to borrow the rest. It seems clear that the higher the debt/GDP ratio, the less likely it would be that the private sector would be to lend to the government at an interest rate less than the economy's growth rate (the necessary condition for "stable Ponzi finance"; see discussion in comments with Nick Rowe for why this would be the case).

The only entity that would then lend the government the necessary sum is the central bank. In other words, seigniorage would be the only option to avoid default. This would either push interest rates back down to about 0%, or cause hyperinflation. Alternatively, the government could have the central bank buy outstanding bonds to push rates back down to 0%.

Now, Japan is not close to a 300,000% debt-to-GDP ratio. Its gross debt is about 240% of GDP. But a rise in interest rates would still exact a heavy burden on Japan's public finances; according to this guy, an increase in JGB yields to 2.2% would mean that 80% of Japan's current tax revenue would be eaten up by interest costs. Whether that number is correct, it's clear that with debt at 240% of GDP, Japan's growth would have to go up by a lot more than its interest rates in order to avoid a big rise in interest costs.

(Now of course, all this time, increased nominal growth would erode the debt-to-GDP ratio. But that takes a long time to work. And Japan, which runs big primary deficits, is probably going to see its debt-to-GDP ratio continue to climb even if a recovery comes.)

So if monetary expansion can only cause the kind of recovery where interest rates rise, Japan is in deep shiitake. Japan's only hope is to cause the kind of recovery where interest rates stay very low for a very long time. If Japan is living in a Nick Rowe type world, that will prove impossible, and Japan's only options will be stagnation, default or hyperinflation. We should pray with all our might that we are living in a Richard Koo world instead, and that there is an economic policy that will allow Japan to boost growth and inflation while keeping interest rates low.

If you get into a high government debt situation, a long periods of very low interest rates and robust real growth is really your only hope for a clean escape.


Update: Paul Krugman weighs in, saying my concerns are unwarranted. I've been thinking in terms of nominal rates this whole time, but Paul says that what really matters are real quantities; if the real interest rate stays low, it's all good.

Update 2: The more I think about it, the more certain I am that this post (of mine) confused and obfuscated more than it clarified. I think there was a good point somewhere in here, but I failed to make it. Oh well. That happens. For a simpler and (in my opinion) better take on the matter, see this brief post by Brad DeLong.

Update 3: Nick Rowe has a follow-up post in this series that is also much better than mine. This is basically the point I was trying to make, but stated much more cleanly. Excerpt:

Let us also assume that Japan is like an OverLapping Genererations model, where Ricardian Equivalence is false, and where the equilibrium level of (r-g) is an increasing function of the debt/NGDP ratio.

These worst case assumptions mean that there must exist some maximum Debt/NGDP ratio, call it Rmax, such that if the actual debt/NGDP ratio exceeds Rmax, then it would be impossible for Japan to service its debt if economic recovery causes interest rates to rise. Japan would either have to default, or create a big enough unanticipated rise in the price level to inflate away the old debt and bring the debt/NGDP ratio back down below Rmax.

In other words, I have deliberately set up a case in which Richard Koo would be right (maybe for the wrong reasons, but let that pass). I have deliberately made worst-case assumptions so that the higher interest rates caused by loosening monetary policy creating economic recovery would cause Japan to default on its debt, either literally or via very high inflation.

Does this mean that "Japan cannot afford recovery"?

No. It means that Japan is already dead. It just doesn't know it yet...

If Japan is already past the point of no return, then recovery will mean default. But delaying recovery will simply mean an even bigger default.

Now I feel even more ashamed for writing a sucky post. But at least I can link to similar posts that do not suck.