What is "derp"? The answer is technical. 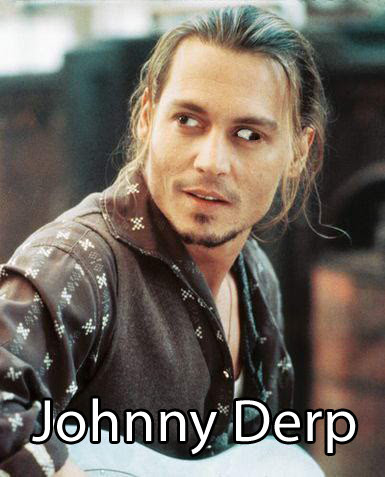 There has been much discussion lately concerning the word "derp" and its appropriate usage. For example, Josh Barro used the word to describe conservative bigmouth Erick Erickson, and Paul Krugman used it as well. This prompted a primer on the history of the term, followed elsewhere by the usual hand-wringing by self-appointed cultural policemen annoyed by the word.

Now, I myself have used the word "derp" quite a lot. Possibly more than any other pundit I know, with the exception of Dave Weigel. But in any case, not only do I consider myself an expert in the use of "derp", I also have a very precise idea of what "derp" means, and how it should be used. I think "derp" is incredibly useful as a term for an important concept for which the English language has no other word.

It has to do with Bayesian probability.

Bayesian probability basically says that "probability" is, to some degree, subjective. It's your best guess for how likely something is. But to be Bayesian, your "best guess" must take the observable evidence into account. Updating your beliefs by looking at the outside world is called "Bayesian inference". Your initial guess about the probability is called your "prior belief", or just your "prior" for short. Your final guess, after you look at the evidence, is called your "posterior." The observable evidence is what changes your prior into your posterior.

What does it mean for a prior to be "strong"? It means you really, really believe something to be true. If your start off with a very strong prior, even solid evidence to the contrary won't change your mind. In other words, your posterior will come directly from your prior. (And where do priors come from? On this, Bayesian theory is silent. Let's assume they come directly from your...um...posterior.)

There are many people who have very strong priors about things. For example, there are people who believe, very strongly, that solar power will never be cost-efficient. If you confront them with evidence of solar's rapid price declines, they will continue to insist that, despite this evidence, solar will simply never be cost-competitive with fossil fuels. That they continue to insist this does not necessarily make them irrational in the Bayesian sense; they simply have very strong priors. Someday they may be convinced - for example, if and when unsubsidized solar power starts being adopted on a mass scale. It'll just take a LOT to convince them. (A more entertaining example can be seen in this classic comedy video.)

But here's the thing: When those people keep broadcasting their priors to the world again and again after every new piece of evidence comes out, it gets very annoying. After every article comes out about a new solar technology breakthrough, or a new cost drop, they'll just repeat "Solar will never be cost-competitive." That is unhelpful and uninformative, since they're just restating their priors over and over. Thus, it is annoying. Guys, we know what you think already.

English has no word for "the constant, repetitive reiteration of strong priors". Yet it is a well-known phenomenon in the world of punditry, debate, and public affairs. On Twitter, we call it "derp".

So "derp" is a unique and useful English word. Let's keep using it.

(Also, the verb associated with "derp" is "herp". It describes the action of coughing a large sticky mass of derp onto the internet in front of you. For example, to use it in a sentence: "That twerp just herped a flerp of derp!" A "flerp" is a unit I made up. It is the amount of derp that can be herped by one twerp. See?)
Author: Noah Smith Posted at 11:26 PM