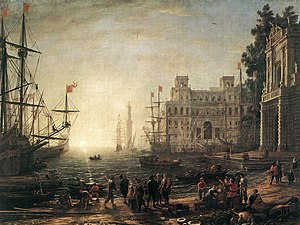 Michael Lind's article, "Econ 101 is killing America", is not very cohesive, and it contains a number of big mistakes, both about the content of Econ 101 and about the advice economists give to policymakers.

Anyway, with that out of the way, let me say that I think Lind's article, scattershot and often mistaken as it is, makes a substantial and important point. So yes, this is a (partial) defense of Lind.

8. Econ 101 says that industrial policy is always bad, when in fact it is often good.

9. Econ 101 says that tax-based industrial policy is always bad, when in fact it is often good.

10. Econ 101 says free trade is always a win-win, when in fact one party often loses out from trade.

These four points are fair descriptions of what Econ 101 teaches. Econ 101 teaches that monopolies can be good, but only because their activities contain negative externalities, so that the restrictions on activity from a monopoly work against the externality. Econ 101 doesn't have much to say about industrial policy, other than one-paragraph outlines of some classic arguments in favor of it ("strategic industries", "infant industries", and so on). And Econ 101 definitely teaches that free trade always can, with appropriate transfers, be beneficial for all.

And from the anecdotal evidence I've seen, a large majority of economists give policy advice that is closely in accordance with these Econ 101 teachings. They advise against allowing monopolies, against industrial policy, and against restrictions on international trade. Free trade is often cited as "the one thing economists can agree on".

Lind's main critique, after we strip away the canards, is therefore a mercantilist critique. It's not a Keynesian, or leftist, or post-Keynesian, or Austrian critique. It's not really about the recent crisis. It's not about business cycles, financial instability, stabilization policy, quantitative easing, or fiscal stimulus. It's not about redistribution, fairness, poverty, etc. It's about long-term growth. Lind is arguing that mercantilists know something that we don't about how to make a country grow and prosper in the long term. He is arguing that by uniting against industrial policy and strategic trade policy, economists have doomed our country to subpar growth.

And as I've argued before, I think non-economists grasp this very quickly and intuitively. Most people have instinctive sympathy for mercantilism, and they can smell the oversimplification in economists' arguments against it. They know that every country that ever got rich was fairly or extremely mercantilist during its period of rapid growth. So "the one thing economists can agree on" becomes "the one thing economists and the public disagree about most". Michael Lind is really making the everyman's case against the econ profession. And he's not a solitary voice, either; Edward Luce's recent book, Time to Start Thinking, made many of the same points.

So whether Lind is right or wrong on the substance, economists should think twice before jeering and dismissing him. Lind's mercantilist critique is quite representative of the doubts that many, many people have about economists and economics.
Author: Noah Smith Posted at 8:59 AM