Conservative economic arguments since the crisis: A review 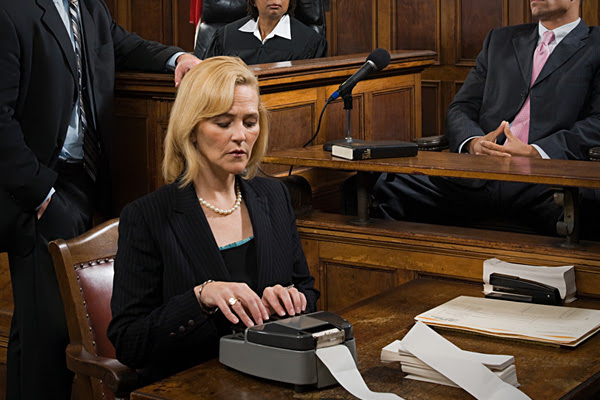 If you ever find yourself thinking "Wow, my side has all the smart arguments, and the opposition is talking nonsense", watch out! You are probably suffering from "myside bias", which is a far nastier and more irrational cousin of derp.

So when I think to myself "Gosh, the right has deployed one specious argument after another since the 2008 crisis", I instantly suspect myself of suffering from this pernicious endemic mental disease. So to try to ward off confirmation bias, I want to go through the main economic arguments put forth by conservatives since the crisis, and try to be as fair and even-handed as I can to each. Maybe that's a hopeless task, but it's healthy to do these things once in a while.

Argument 1: "Fannie, Freddie, and possibly the CRA caused the crisis."

Background: This has become almost an article of faith within conservative circles. The political motivation for believing this is clear - "It wasn't the captains of industry that screwed up, it was the government, those meddling socialists, and the irresponsible minorities they're always handing money to!" is a tempting argument. I find that if I have discussions with conservative friends about the crisis, they insist as a prerequisite for continued discussion that I apportion at least some of the blame to govt. affordable housing policies. Kind of like when you're fighting with a family member, and they insist that you take at least some of the blame, in order to let them save face. "We were both wrong, now let's hug and make up."

But regardless, the idea that affordable housing policy caused big banks to collapse seems obviously wrong. Suppose it was govt. policy driving the lowering of mortgage standards. Why didn't banks realize this and adjust their expected default rates accordingly? There's no good reason. Conservatives are essentially arguing that without government policy, banks' crappy risk management and crappy due diligence would not have had big negative consequences. Some excuse!!

Anyway, as anyone familiar with the crisis knows, one fatal assumption in banks' risk models was the backward-looking assumption of constant correlations. That's not an assumption that depends on government housing policy one way or another.

OK, but what about banks' other key fatal assumption: That historical default rates would be constant? By encouraging lenders to lend cheaply to unworthy borrowers, couldn't Fannie and Freddie and the CRA have made default rates spike? Well, in theory, sure! But in practice, it's worth asking why this did not happen in 1985, or 1995, or even in 2002. We had Fannie, Freddie, and the CRA back then. And default rates did not suddenly spike until the housing bubble burst in 2006-7.

Also, Mike Konczal and others have made other arguments against the "affordable housing caused the crisis" argument. These arguments are reasonably convincing.

However, it does seem true that Fannie and Freddie got themselves into quite a bit of trouble in the housing bubble, and that the brief specter of their failure (before they were formally nationalized) raised risk, hurt liquidity, and probably made the crisis worse than it otherwise would have been, in addition to costing the U.S. taxpayer a big chunk of money (though they may soon finish paying that money back).

Conclusion: I judge this conservative argument to be 5% right.

Background: When fiscal stimulus was first mooted, a number of conservative-leaning economists came out and said "Stimulus can't work, because it's just moving demand from one part of the economy to another." This was basically the "Treasury View" expressed during the Great Depression. However, conservatives seemed to stop saying this fairly rapidly after the initial burst of anti-stimulus mania.

Evaluation: There were theories that said otherwise, of course, that could not be dismissed easily. As John Cochrane, himself a noted stimulus skeptic, wrote in early 2012:

Stimulus [is] still an economically interesting proposition, and there is a great deal of uncertainty about whether, when, and how well it might work. There is a huge academic literature being produced right now...

Here are the facts. Some economic models do predict a fiscal stimulus effect. Some don't...The facts are far from decisive...So, there is a lot of uncertainty and a lot we don't know about how the macroeconomy works.

But note: A common conservative argument in 2009 wasn't that stimulus doesn't work, it was that stimulus absolutely can't work, and that this fact is obvious from simple logic. As Cochrane notes, that just isn't true.

Conclusion: I judge this conservative argument to be 0% right.

Argument 3: "Welfare is the main force prolonging the recession, by discouraging people from working."

Background: This argument - that the spike in unemployment is a "Great Vacation" - has been promoted by a substantial minority of conservatives. Casey Mulligan has been the chief standard-bearer of this argument. It has also been propounded by Nicholas Eberstadt.

That said, however, the number of people claiming Social Security Disability benefits does indeed look fishy. It seems likely that in the absence of this program, some of these people would be forced to find work, however low-paid and unfulfilling annd unpleasant.

Conclusion: I judge this conservative argument to be 10% right.

Argument 4: "Fear of liberal policy interventionism is the main thing holding back the recovery."

Background: This was the main conservative thesis about the cause of the slow recovery, and remains such. The argument was that fear of Obama's socialist policies, including Obamacare's negative impact on business and Obama's personal rhetorical attacks against the business class, were spooking businesspeople into holding back investment.

Evaluation: The paper by Baker, Bloom, and Davis is credible. Nick Bloom in particular is someone I know, admire, and trust, and I find it highly unlikely that he would suffer from political bias. However, even though the authors were careful, strong conclusions should not be drawn from this methodology. There is the issue of causation, as Mike Konczal points out:

As commenters pointed out, it would be easy to construct an index that gets the causation to be spurious or even go the other way. If weak growth could cause the Economic Policy Uncertainty index to skyrocket, then it’s not clear the narrative holds up as well. “There’s uncertainty over whether or not Congress and the Federal Reserve will aggressively fight the downturn” isn’t what the index is trying to measure, but that’s what it seems to be doing.

Also, the Policy Uncertainty Index doesn't appear to be performing as well out of sample as it did in sample. That is, of course, entirely typical for macro forecasting tools.

Additionally, the data do not seem to support the conservative argument that policy uncertainty has been driven by Obama and the Left. The largest identifiable sources of spikes in Baker, Bloom, and Davis' index have been caused by the Republicans' 2011 debt ceiling brinksmanship, Europe, and efforts to sue Obamacare out of existence. There really is no evidence of all that fear of Obama's antagonistic attitude toward business is pushing up uncertainty.

Finally, there is the international element. The slow recovery all over the developed world may indeed correlate with policy uncertainty in each developed country. But given the diversity of policy regimes, that suggests that uncertainty is an effect of recession more than a cause. Still, the U.S. is a very large and important country, and U.S. policy may be driving the economies of other countries (though personally I'd bet on Europe being the biggest source of policy uncertainty).

Conclusion: I judge this conservative argument to be 15% right.

Argument 5: "Quantitative Easing will cause inflation."

Background: Read the WSJ, and you see this repeated over and over. A number of famous economists have added their voices to the chorus.

Evaluation: The notion that printing money causes inflation is a centerpiece of a lot of economic theories, especially "old monetarist" theories in the tradition of Milton Friedman.

However, the failure of inflation to materialize in response to QE has left conservative inflation hawks looking a little bit like flat-earthers. A number, like Larry Kudlow, have reversed their positions and no longer fear inflation from QE.

However, there is always the possibility that one day inflation will suddenly "snap up" to high levels, as a delayed result of QE. Since humanities understanding of macroeconomics is so limited, this can't be ruled out, even given Japan's decades-long deflationary experience. There is always the unknown.

Conclusion: I judge this conservative argument to be 10% right.

Argument 6: "Deficits are dangerous and must be cut, but only by cutting spending rather than raising taxes."

Background: This is a little rich coming from conservatives, whose tax cuts drove essentially all of the rise in deficits from 1980 through 2008. But it is a common refrain for them, even when they can't identify any concrete things to cut other than Social Security, Medicare, and Medicaid (which they are usually afraid to admit openly that they want to cut). The conservative case against debt received help from Reinhart and Rogoff's now-discredited paper about a 90% debt-to-GDP "threshold".

Evaluation: Is government debt bad for an economy? There are theoretical reasons to think that it is, in normal times, especially for a country whose debt is not entirely internal, such as the U.S. Debt carries over from recessions into normal times. And it is often politically difficult to do the right thing and run surpluses during boom times (Clinton managed to do it, just barely, but it is a rare feat). Governments and people get addicted to low tax rates and to government transfers. Additionally, there is the precautionary principle. We may need to spend money on some other catastrophe - a war, or another recession sparked by a European or Chinese collapse. It would be useful to prepare for such an event by reducing the debt/GDP ratio beyond what would be reasonable if we were certain of a smooth return to trend growth.

Of course these considerations should be weighed against the obvious short-term economic harm of deficit reduction. "Austerity" has hurt the economy of every country that tried it, and may be hurting the U.S. now, as the "sequester" bites into government spending. Still, even without the sequester, U.S. policymakers have acted to set the country on a path to lower long-term deficits, and people in general seem to be relieved about that. It is probably the case that a middle path on deficits is the wisest one. The infrastructure spending we need to be doing could be financed by tax hikes and cuts in transfers, to the benefit of all.

Conclusion: I judge this conservative argument to be 50% right.

(Update: The second part of that argument - that spending cuts are OK while tax hikes are not OK - is wrong. So the 50% figure should just be applied to the "deficits should be cut" part, since it seems to me that deficits probably should be cut for the long-term, just not too quickly to choke off recovery. With the "spending cuts but no tax increases" part included, I knock it down to 15% right.)

To sum up, as hard as I try, I can't rid myself of the notion that conservatives have tossed out a lot of bad economic arguments in the last five years. It seems to me mostly a defensive reaction. The 2008 crisis put everything in American politics and political economy in flux, and conservatives desperately wanted to avoid a general turning of public opinion against the business class. Now that that looks unlikely, conservative writers and intellectuals are making somewhat fewer obviously specious economic arguments (Republican politicians, of course, are another matter). Notice that I said "somewhat".

Of course, this is not to say that liberals have had nothing but good economic arguments since 2008. But being on the offensive rather than the defensive, they have had a lot more ideas. And my fingers are getting tired, so I'll avoid tackling that list today...
Author: Noah Smith Posted at 12:22 PM