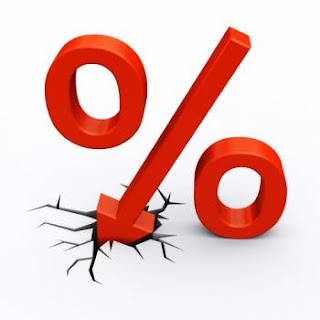 This is a brief addendum to my recent post, "Do Savers Need to be Saved?"

Back in March, I wrote about Paul Krugman and Charles Plosser's takes on near-zero nominal interest rates and household saving. Both noted that households were deleveraging and the zero lower bound was binding. Both agreed about Krugman's diagnosis of a "persistent shortfall in aggregate demand that can’t be cured using ordinary monetary policy." But their suggested cures were quite different.

I just came across a piece written in May by Raghuram Rajan, new Governor of the Reserve Bank of India, called "Central Bankers under Siege," that takes on the same issue. He, too, makes a similar diagnosis but suggests different cures. In my post on savers and low interest rates, I discussed the income and substitution effects of low interest rates, and mentioned that near-retirees are commonly cited as examples of people for whom the income effect dominates. Rajan actually uses this exact example:

"First, while low rates might encourage spending if credit were easy, it is not at all clear that traditional savers today would go out and spend. Think of the soon-to-retire office worker. She saved because she wanted enough money to retire. Given the terrible returns on savings since 2007, the prospect of continuing low interest rates might make her put even more money aside.

Alternatively, low interest rates could push her (or her pension fund) to buy risky long-maturity bonds. Given that these bonds are already aggressively priced, such a move might thus set her up for a fall when interest rates eventually rise. Indeed, America may well be in the process of adding a pension crisis to the unemployment problem."

Rajan and Plosser match up point for point. Here's Plosser:

"In fact, low interest rates and fiscal stimulus spending that leads to larger government budget deficits may be designed to stimulate aggregate demand or consumption, but they could actually do the opposite. For example, low interest rates encourage households to save even more because the return on their savings is very small...

I have heard from various business contacts that the low interest rate environment is spurring institutional and individual investors to “search for yield.” This may entail taking on more credit risk than these investors are typically comfortable with in a reach for yields that may ultimately be illusive and result in losses they are ill-equipped to handle. Very low yields may also be distorting other investment decisions, inducing firms to undertake long-run investment projects that may prove to be unprofitable in a rising interest rate environment."

Both Rajan and Plosser fear that lower interest rates won't help the economy because either the income effect dominates the substitution effect or because low interest rates will cause "reaching for yield." My fellow Not Quite Noahpinion author John Aziz suggests:


"Savers looking for a larger rate of return should... take their money out of low interest savings accounts and out of the failed financial intermediation industry and invest it into quality economic projects that create jobs and growth. This could involve buying the stock or debt of large companies that wish to expand, or it could involve starting your own business, or investing in a startup or a mixture of these things. The easiest way to return to growth — and thus higher interest rates, and higher returns for things like pension funds — is for today’s savers complaining about low interest rates to turn into tomorrow’s investors seeking out and pouring money into quality projects that increase incomes, create jobs and create products that people desire and want to use."

The question is whether low interest rates have the beneficial effect on investment that Aziz describes, or the harmful reach-for-yield effect. Returning to Plosser, Krugman, and Rajan, it is interesting that the three economists seem to diagnose what is ailing the economy quite similarly (a "persistent shortfall in aggregate demand that can’t be cured using ordinary monetary policy"), but make different prescriptions. First, they differ in their opinions of unconventional monetary policy:
They also differ in their general policy prescriptions: