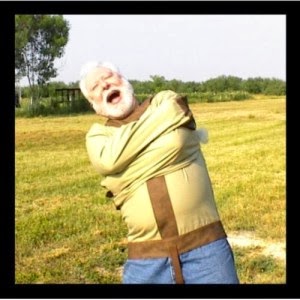 Without much comment, a very strange thing has happened to economic theory in the past two decades or so: models of the macroeconomy incorporate monetary policy as just another component of “the economy”, along with the behavior of households and firms.  I don’t mean that these models include central bank decisions on interest rates, the way they include the fiscal choices of government; that’s unavoidable.  No, they go even further and include the reaction functions of monetary authorities as determinate behavioral foundations of how the economy works; there is no corresponding behavioral rule on this fiscal side.

Here’s what I mean: Once upon a time, we had models over here (hand sweeps to the left) and policy choices over there (hand sweeps to the right).  Back in the days of IS-LM with a fixed money supply (fixed for some unmentioned reason by an almighty central bank), the model consisted of behavioral responses in the money and goods markets, leading to a predicted outcome, equilibrium levels of national income and interest rates.  In principle, monetary authorities could run this model on various money supply choices to see what economic results to expect.

OK, the model had some flaws, but in a very general way it corresponded to what we all thought models should do.  They were prediction devices: you plugged in a policy choice and it told you how the economy was supposed to respond.

Now it’s different, at least on the monetary side.  In the new versions of IS-LM and AS-AD, as well as the more elaborate models in the professional literature, monetary policy is inside the model.  The choices of central bankers are built in.  You may have interest rate targeting, inflation targeting or some version of a Taylor Rule, but in all of them the monetary choices themselves are predetermined.  The most you can do is alter a targeting parameter, like “what if monetary authorities panic when inflation hits 3% rather than 2%?”  In other words, the only choices the model can inform are those the model itself doesn’t build in.  When you build in a central bank reaction function, policy space is seriously constrained.

Now, we don’t see this on the fiscal side.  The only thing the models assume is that there is some fiscal policy: the government sets tax rates on various activities and makes various spending commitments.  Actual revenues and spending levels may fluctuate with national income in a more fully specified model, but government discretion over fiscal policy is not constrained at all.  That is, pretty much all the fiscal policy choice is outside the model, which means you can run the model with just about any hypothetical choices you care to make.  This is the way models used to be for monetary policy too.

So why on earth has this happened?  Why do the economists who create, propagate, use and teach these models want to limit monetary policy freedom, and the range of usefulness of the models themselves, by putting so much policy inside?

I don’t have a single answer, and I’m not sure there is one.  But I do have a couple of hypotheses, one or both of which might be true.

First, there is an internal, logical reason, which is that earlier generations of macro models rested on untenable assumptions about how monetary aggregates are determined.  After the brief monetarist experiment in the US and the UK in the late 70s–early 80s, it was clear that (a) there is no single measure of “the money supply” that captures the full economic effect of monetary policy and (b) in any case the central bank can’t control it. Trying to do so in a single-minded way would be a recipe for causing massive economic damage.  Models that were based on a fixed money supply, set by the central bank in the short run, lost credibility.  (You can still find them popping up in introductory textbooks, which says something about the textbook business.)

So there needed to be other equations in the model that took the place of money supply setting.  The only alternative economists could come up with was fixed central bank reaction functions.  Maybe this is not perfect either, but it’s what we’ve got.

I suspect there is a measure of truth to this, but it doesn’t explain why such a dramatic change in modeling strategy, one that tinkers with the fundamental purpose of modeling itself, was swallowed wholesale without comment or debate.

Here’s a second hypothesis: modern macro is based on intellectual predispositions that crave fixed policy rules.  I can think of two of them.  First, the shift to built-in monetary policy coincided with the microfoundations revolution.  But these were not any old microfoundations; they were formulations based on optimizing behavior by everyone, with the result that outcomes could be evaluated according to whether they were optimal for society as a whole.  The purpose of macro was no longer to simply connect policy inputs to economic outcomes and leave it to “decision-makers” to make the pick, like those Old Keynesian models used to do.  No, the point is to identify the optimal policy and the corresponding optimal outcomes.  You solve for that.  Throw in some assumptions about the natural rate and utility maps for income and inflation and, behold, you can specify exactly what policy should be.  If that’s what it’s all about, you don’t need to run a model across multiple policies—you’ve already got the policy set you’re looking for.

A second bias is related to the first but is more obviously political.  According to this mindset, economics is technical and has the capability, or should, to generate correct answers to policy questions.  Politics is at best haphazard, however, and at worst is subject to shameless pandering.  Politicians compete by one-upping each other on populist irresponsibility, promising short run boosts to interest groups or even the economy as a whole, whatever the long run costs.  Economics, by showing everyone what policies are truly best over a long time horizon, is a weapon against populism.

If economists think this way, it makes sense that they would be predisposed to fixed rules that eliminate the very possibility of political interference in policy-making.  If you know what’s optimal, why mess with it?  Putting monetary policy inside the model not only closes it, it also represents how the world ought to work.

Ah, you ask, but what then about fiscal policy?  If hypothesis #2 is correct and economists insert central bank reaction functions into their models because they believe in a policy world that is rule-based and predictable, why don’t they do this on the fiscal side?  My answer would be, they don’t need to because there shouldn’t be any discretionary fiscal policy at all.  In the ideal world inhabited by modern macro, automatic stabilizers would be allowed to stabilize, and that’s pretty much it.  All the heavy lifting would come from the monetary side, and that is where fixed rules matter.

In addition, there is no structural need for inserting fiscal policy reaction functions, since existing behavioral equations for households and firms take care of the goods markets just fine, thank you.

Up to now, my only purpose has been to describe and understand what has happened in the world of macro modeling.  I haven’t taken sides, although it’s probably because I don’t like this trend that I am noticing it in the first place.  To close, I just want to mention a few problems.  First, estimated central bank reactions functions, like Taylor Rules, rely on just a few years of data.  It is a huge leap to assume that regularities established over a decade or so are fixed in stone.  Second, even this thin evidence base does not support the presumption that central banks predictably follow fixed rules.  Third, any pretense of rule-based policy was jettisoned in response to the economic crisis that struck in 2008, and rightly so.  Fourth, the supposed anti-political bias of economics is itself very political and has dangerous implications.

But my point is not to get you to agree that this revolution in modeling methodology is bad, but simply to see that it has happened.
Author: Peter Dorman Posted at 2:24 PM