New Quartz article: A battle for the soul of macroeconomics 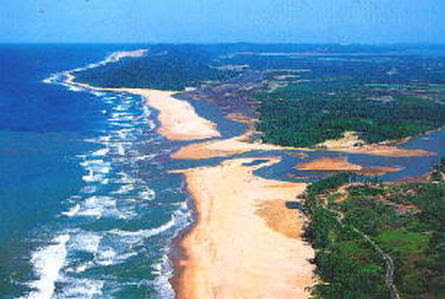 Miles and I have a new article in Quartz, about the shakeup at the Minneapolis Fed, the ongoing battle between Freshwater and Saltwater macro (which Saltwater appears to be winning), and the history of modern (read: DSGE) macro.

It was very tricky to write this column, since A) we really don't know if the Minneapolis thing is part of the Saltwater/Freshwater battle, or whether it was just a personality conflict, and B) we wanted to take sides in the Saltwater/Freshwater battle without either endorsing or criticizing Kocherlakota's personnel decision. That is a tricky tightrope to walk, but I think we did a decent job.

Excerpts from the article:


Two of the Minneapolis Fed’s most eminent and long-serving economists, Patrick Kehoe and Ellen McGrattan, have been fired...[A]lthough the Minneapolis Fed shakeup could be due to any number of reasons—a personality conflict, a disagreement over the Fed bank’s mission, etc.–one possibility is that the personnel changes are related to Fed officials’ changing attitude toward business cycles...

Patrick Kehoe, one of the economists dismissed from the Fed, is a key figure in a school of economics called “Freshwater Macroeconomics” (the other, Ellen McGrattan, is his frequent co-author)...If the Fed prints money to try to stimulate demand, [the Freshwater people] say, it will only succeed in creating inflation rather than reviving the economy...

The Freshwater school gained enormous clout in the ‘80s. But in the ‘90s, there was a counterattack from the coast. The Saltwater macroeconomists believed that recessions were economic failures, and that monetary policy was important in fighting them...But one bastion of hard-line freshwater thinking held firm: “Minnesota macro.” The researchers at the University of Minnesota and the Minneapolis Fed have largely hung onto the belief that monetary policy can affect inflation, but can’t fight recessions.

But there is good reason to think that this view is losing credibility at the Fed.

Narayana Kocherlakota is...an important bellwether of Fed thinking. His views have shifted decisively toward believing that monetary policy can stabilize the economy. What changed his mind? The answer is obvious: the Great Recession, and the failure of large purchases of long-term government bonds and mortgage-backed assets—QE—to create inflation. It makes all the difference in the world when the No. 1 event shaping the questions macroeconomists ask is no longer the Great Inflation of the 1970s, but the Great Recession that still casts its shadow over the world.

Nor is Kocherlakota the only Fed official to change his mind. So even if the Minneapolis Fed shakeup wasn’t caused by a clash of ideas, the Fed’s shift toward Saltwater macro is a real phenomenon...

As QE ramped up, disputes broke out among Fed economists. Some, like Philadelphia Fed president Charles Plosser (himself a noted Freshwater researcher) and Minneapolis Fed president Narayana Kocherlakota, argued that QE would put us in danger of inflation. But as the Fed’s printing presses rattled on and inflation failed to materialize, some “hard money” advocates had second thoughts. Last year, Kocherlakota declared that he had changed his mind, and now supported QE...

Kehoe and McGrattan’s dismissal drew loud protests from other members of the Freshwater school...Steve Williamson, a Freshwater economist at Washington University, blogged that Kocherlakota “seems intent on destroying the [Minneapolis Fed] as a research institution.” So whether or not the firings had anything to do with economic theories, Freshwater folks are concerned, and with good reason. A key part of the genesis of Freshwater macro was a desire to say something about monetary policy (i.e., why not to use it). If the Fed refuses to listen to leading Freshwater voices, then a big chunk of the real-world influence of this school of thought will be gone.

There's much more in the article (Miles' first draft was over 3000 words!), so read it all here.

Another difficult thing about writing this column was that it comes off sounding like we're critical of Kehoe's ideas, but I personally really like both of the Kehoe papers I've read! And one of those two papers is the paper where he criticizes New Keynesian (Saltwater) economics! In that paper, Kehoe acts as the "microfoundation police," pulling micro evidence to show that some of the assumptions in the most popular New Keynesian models don't add up. Since bad microfoundations really annoy me, I enjoyed that paper quite a lot, and it's one reason I'm a lot less sanguine about New Keynesian models than Miles!

(FYI, the other Kehoe paper I've read is this excellent paper on herd behavior.)

So the article ended up containing more pro-Saltwater boosterism than I would have included had I written it alone, but that's fine with me, because most of the Freshwater RBC-type models I've seen just assume away any role for monetary policy, so it doesn't make a lot of sense for the Fed to be using these. (Note that the "New Monetarist" models made by people like Steve Williamson don't make this assumption, and they're considered Freshwater too, so there's a distinction between "Minnesota macro" and "St. Louis macro" that was too subtle to put in the column.) Plus Freshwater microfoundations are probably even less realistic than Saltwater ones.

But anyway, I think the article turned out OK. I'd love to hear any feedback that people have.

Mark Thoma thinks the shakeup was probably due to personality conflicts, not differences in economic theory. Brad DeLong also suspects this is the case.

Nick Rowe, on his blog and in the comment section, has some very harsh and disapproving things to say about both Narayana Kocherlakota and his erstwhile advisors. He might want to take this up by Steve Williamson, who has some equally harsh things to say on the opposite side of the issue.

Philly Fed economist Makoto Nakajima tweets (in Japanese!) that Miles and my analysis is "shallow", and suggests we have better ways to spend our time.

A couple people have written to me with thoughts about the Fed firings. One alternative hypothesis I had not considered: It's all about money. Economists who hold university professorships and also do work at the Fed are paid full-time salaries by their universities and full-time salaries by the Fed (I had not known this fact). But working at the Fed probably doesn't make those joint economists put out much more research than they would if they just worked at their university. So the $$$ that the Fed is paying to those economists might be mostly waste, especially if the researchers in question are not doing much in the way of direct advising on policy matters. So it could be all about budget cuts.
Author: Noah Smith Posted at 1:19 PM