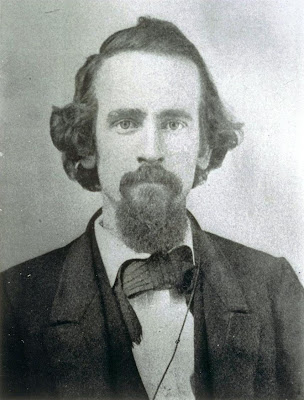 In Quartz, I call for a Henry George Tax (or land value tax) as part of a solution to San Francisco's class war:


George’s key insight was simple: The value of land is more than just the value of the things on the land...After all, landlords don’t create land; a location will be there no matter who collects rent on it. By getting paid just for being in the right place at the right time, he reasoned, landlords suck value out of the productive economy. George suggested that the fair thing to do would be to tax the value of the land—not the structures built on top of it, but only the land itself—and distribute the proceeds to the poor, or use them for infrastructure and other public improvements...

And, as Henry George himself pointed out, the tax redistributes wealth from the rich to the poor without punishing rich people for creating wealth...It appeals to our principles of fairness.
What San Francisco needs now is a Henry George Tax. The policy would bring rents down, and thus encourage tech companies and their brilliant employees to keep moving into the city, to keep interacting and mixing and generating the ideas that make the tech world go. At the same time, it would raise the money the city needs to build better trains, run more bus lines, and build more public housing that will benefit the poor and middle class of San Francisco. And it would do it all in a way that seems much more fair than other kinds of taxation...

[I]if tech companies and San Francisco citizen and activist groups end their battles and team up for mutual benefit, they just might be able to get a Henry George Tax passed.

Of course Matt Yglesias is right that restrictive zoning policies heavily blunt the impact of a Henry George Tax. That is why zoning liberalization and the HGT are complements. But also realize that the revenue offered by the HGT is an incentive for city governments to liberalize zoning.
Author: Noah Smith Posted at 11:45 AM