How will conservatives save the poor? 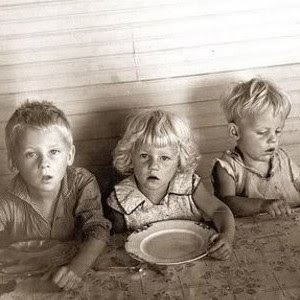 Kevin Williamson, a conservative writer, goes to rural Kentucky, observes white poverty, and is saddened by what he sees.

The key word here is "white". For most of the past few decades, conservatives basically told us that poverty was a black problem (and maybe a Hispanic problem), and that therefore white people basically didn't need to worry about it, and should certainly resist any liberal attempts to have the government do anything about it. During that whole time, liberals were shouting that poverty was a white problem too, but of course conservatives did not listen. Now, conservatives are finally discovering that yes, poverty is a white thing too.

Why are conservatives now discovering this? Maybe it's thanks to the work of people like Charles Murray, who have pointed out the cultural pathologies associated with white poverty. As Williamson writes, "the society [of poor whites] is broken." Conservatives' mental image of honest, hard-working, religious, close-knit communities of poor white families is finally dying the death it should have died twenty years ago (the death if would have died if conservatives watched Michael Moore's film Roger & Me, or the show Cops). But Williamson looks beyond cultural pathologies and sees the real pain of pure economic deprivation. Hopefully, conservatives will now take the next step and realize that it's not just the indigent towns of Appalachia, but most whites in America's "working-class" suburbs, who are experiencing these social and economic problems.

But anyway, that leaves the question of what to do about the poverty. Williamson is not a fan of welfare:


In effect, welfare has made Appalachia into a big and sparsely populated housing project — too backward to thrive, but just comfortable enough to keep the underclass in place...“The government gives people checks, but nobody teaches them how to live,” says Teresa Barrett, a former high-school principal who now publishes the Owsley County newspaper.

Those sound like very reasonable criticisms of the "just mail them a check" approach to poverty-fighting. But what is the alternative? For the last thirty years, the conservative alternative to "just mail them a check" has been "just don't mail them a check." Conservatives told us that welfare was the cause of poverty, and that if you just took it away, people would spit on their hands, rub them on their knees, and pull themselves up by their own bootstraps. To liberals, this sounded a bit like trying to whip the poor back to industriousness with the stinging whip of deprivation.

And I worry that even though they are starting to see the reality of poverty, conservatives are still mired in the fantasy that welfare is the cause instead of just a flawed and inadequate solution. In this follow-up piece Williamson shows signs of veering dangerously close to that comfortable old thought-rut:


And from the point of view of the policymaking class — not just the progressive perches at Princeton but the policymaking class in general — it is easy to see the great majority of the American public as something like dogs exhibiting various degrees of ruliness while waiting for table scraps. People cannot be expected to live. It is up to “the nation” to “offer” them life...

The real question is whether we are going to think of poor people as pets. If we do not think that they are dogs begging for scraps — if we believe them to be fully human – then we have to account for the choices people make.

Naturally people's choices matter, that's obvious. But the dangerous subtext here is that there's nothing our nation can collectively do to help the poor - that if we just get the government out of the way, people's actions and choices will do the rest.

Williamson does not explicitly say this, and I can sense that he doesn't entirely believe this. Nowhere does he precisely say that the poverty he sees is the fault of liberal welfare programs. And that is good. But conservatives kept repeating that line for so long that I worry that they will have a hard time extracting their minds from its zombie death grip.

Liberals do not think of poor people as pets, or as dogs begging for scraps. But that doesn't mean we know what to do about poverty, either. The "War on Poverty" programs did some good stuff. It ameliorated poverty, but it didn't whip it, and it didn't solve the social problems of the poor, and it probably had various negative side effects.

We need new ideas on how to actively fight poverty. Hopefully now that conservatives realize the problem, they can think of some new ideas. Because "just get the government out of the way" is not going to do it.
Author: Noah Smith Posted at 2:04 PM