Is macro doomed to always fight the last war? 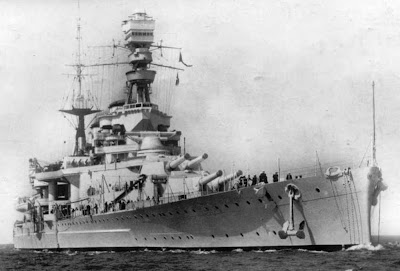 The eternally simmering blog debate over "microfoundations" has reached a sort of balance, with Simon Wren-Lewis and Paul Krugman on the skeptical side, and Chris House, Steve Williamson, and Tony Yates in support of the dominant paradigm. But "balance" doesn't mean "boring", so I encourage you to read the latest round, which is about the history of New Keynesian macro. Wren-Lewis and Krugman say that New Keynesians, by embracing the microfounded approach, gave up an important type of modeling tool unnecessarily; House and Williamson say that the thing that was given up was not useful at all, so it deserved to go. (Update: John Taylor also jumps in.)

Instead of repeating my thoughts on the matter, I want to ask a different question. In his post, Chris House writes:

The main thing New Keynesian research has been devoted to for the past 20 years is an exhaustive study of price rigidity. If anything was holding us back it was the extraordinary devotion of our energy and attention to the study of nominal rigidities. We now know more about the details of price setting than any other field in economics. As financial markets were melting down in 2008, many of us were regretting that allocation of our attention. We really needed a more refined empirical and theoretical understanding of how financial markets did or did not work.

If there is a model that really got taken to the woodshed during the financial crisis it was the New Keynesian model which had, until then, occupied a clearly dominant position in policy discussions and academic research.

This seems to be the overwhelming consensus in academic macro these days. It seems obvious to most people that the Great Recession was caused by stuff that happened in the financial sector; the only alternative hypothesis that anyone has put forth is the idea that fear of Obama's future socialist policies caused the recession, and that's just plain silly.

Before 2009 there was very little finance in mainstream macro models (the biggest exception being these models by Ben Bernanke and coauthors). In 2009 and after, lots of people outside the field noticed this fact and got angry at macro. But macro, to its credit, was not nearly as tone-deaf as its critics made it out to be - macroeconomists immediately started working on models of how the financial sector could wreck the real economy, and a couple years later, as far as I can tell, "financial friction macro" is almost the only game in town. (And it seems to be rapidly erasing the "freshwater/saltwater" divide.)

In other words, when macroeconomists saw something their models couldn't explain, they changed the models extremely quickly. Which was, of course, exactly the right thing to do.

But of course it would have been even nicer if macro had picked up on the finance thing more strongly before 2009. Then we might have been better prepared. Instead, macroeconomists in the 2000s and the 1990s were focused almost entirely on explaining the last big business-cycle events - the stagflation of the 70s (which seemed to fit with RBC models) and the Volcker Recessions of the early 80s (which seemed to fit with New Keynesian models).

Well, maybe. But I think the hope is that microfoundations might prevent this. If you can really figure out some timeless rules that describe the behavior of consumers, firms, financial markets, governments, etc., then you might be able to predict problems before they happen. So far, that dream has not been realized. But maybe the current round of "financial friction macro" will produce something more timeless. I hope so.

Brad DeLong has a great (and long) post on the "microfoundations" debate, with which I agree pretty much completely.
Author: Noah Smith Posted at 12:02 PM