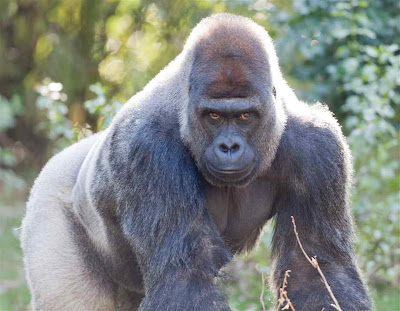 One of the most popular recent buzzwords in American pop culture is the term "beta male", which people use as a synonym for "wimp". Urban Dictionary defines a "beta male" as:


An unremarkable, careful man who avoids risk and confrontation. Beta males lack the physical presence, charisma and confidence of the Alpha male.

I see this term everywhere: pop literature, the internet, TV. There's even an Amazon show called "Betas" (which at least is a pun). The popular conception is of men being divided into two groups: "Alphas", i.e. tough dominant manly-men who enjoy pumping iron and hauling women back to their meat-caves, and "betas", i.e. skinny wimpy emo dudes who would rather stay home cooking a souffle and crying along to Death Cab for Cutie.

This terminology annoys me. It annoys me because of a class I took in college, called "Human Behavioral Biology" (taught by the great Robert Sapolsky), in which I learned a little bit about primate societies. Because I took Sapolsky's class, I know that our culture is using the term "beta male" completely wrong.

In social animals, the alpha is the individual in the community with the highest rank...In hierarchal social animals, alphas usually gain preferential access to food and other desirable items or activities, though the extent of this social effect varies widely by species...Alphas may achieve their status by means of superior physical prowess and/or through social efforts and building alliances within the group...

Beta animals often act as second-in-command to the reigning alpha or alphas and will act as new alpha animals if an alpha dies or is otherwise no longer considered an alpha...

Omega (usually rendered ω) is an antonym used to refer to the lowest caste of the hierarchical society. Omega animals are subordinate to all others in the community, and are expected by others in the group to remain submissive to everyone. Omega animals may also be used as communal scapegoats or outlets for frustration, or given the lowest priority when distributing food. (emphasis mine)

The omega male is the wimpy loser, not the beta. Everybody, please adjust your slang accordingly.

Of course, our society being as goofy as it is, I don't really expect people to stop using "beta" when they actually mean "omega". But there's another interesting question here. Are wimpy emo dudes actually omega males? Do they cook souffles and listen to Death Cab for Cutie because they have been kicked to the lowest rung of the male power hierarchy? Or are some of them...something else entirely?

Those male power hierarchies exist among primates that are called "tournament species". But humans are a strange case, about halfway between a tournament species and a "pair-bonding species". In other words, it's highly probable that some of those wimpy emo guys are emo by choice, not because it was the only social option open to them. Their brains are just full of vasopressin receptors or whatever.

So some of the guys who we call "beta" don't fall anywhere on the Greek letter spectrum at all.
Author: Noah Smith Posted at 12:36 PM