How macro answered its critics 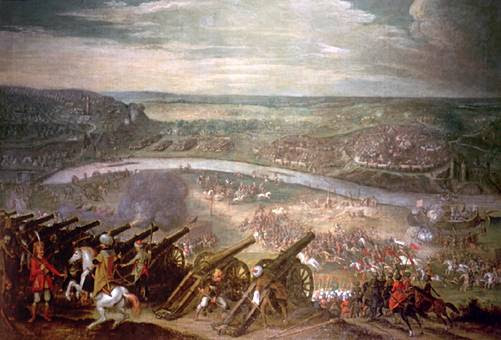 I've spent a lot of time griping about modern macroeconomics, but I want to take a minute to point out how quickly and adroitly the profession (paradigm? research program? hive mind?) has responded to many of the major criticisms leveled at it since the 2008 financial crisis. Here are what I see as the attacks macro has more or less fended off:

This one never really seemed to stick in the first place. First of all, precious few people predicted the crisis, and a number of those that did have tended to be the type of people who predict crises every week. In 2011, a lot of the people who supposedly got 2008 were predicting another crisis - a wave of government defaults, followed by hyperinflation. Didn't happen. Meanwhile, people remembered that there are things out there that are just really hard to predict, like earthquakes.

And also, it's not like macroeconomics betrayed the people's confidence in this regard. I don't think many people inside or outside of the profession thought in 2007 that macro was able to predict recessions, financial crises, etc.

(Note: There's also the criticism that before 2008, macro ignored the possibility of crises in general. That's a different issue. But anyway, see Criticism #2...)

This was somewhat true for a very short time following the 2008 crisis. Why? Because it takes a few months to write papers and get them out there. It is true that before 2008, finance didn't get much attention in macro models. But instead of sticking their heads in the ground, top macroeconomists responded to the crisis by racing to make models in which the financial sector drives recessions. For example, in 2009, Michael Woodford and Vasco Curdia came out with "Credit frictions and optimal monetary policy", and in 2010, Larry Christiano and coauthors came out with "Financial factors in economic fluctuations". Those are two top macro guys, but early efforts like those were only the thin edge of a very large wedge. As of now, practically every macro paper I see, from top people, young entrants, and central bank economists includes "financial frictions", "financial shocks", "credit frictions", a banking sector, leverage restrictions, or something along those lines. Financial macro is absolutely the In Thing right now. And there has been increased interest, attention, and recognition directed toward economists who were thinking about the financial sector before 2008.

Basically, the speed with which macro has put finance at the center of its theories of the business cycle has been nothing less than stunning.


3. "Macro thinks the economy is a representative agent with rational expectations. Ha!"

The representative-agent thing had actually been challenged long before the crisis. Simpler macro models, like OLG-type models, often include multiple types of agents. There have been efforts to put heterogeneity into big DSGE-type models too - for example, the Krusell-Smith (1998) model (these didn't get quite as far, because this kind of thing is very technically difficult to model). Heterogeneity also exists in a number of the labor search type models that were getting popular even before the crisis. In most of the new financial-macro models, there are heterogeneous agents of various types - for example, creditworthy borrowers and bad borrowers, in models of bank lending. Of course, representative consumers and firms still dominate the literature, because they're simply a lot easier to use than the alternative. But they're not the only game in town; macroeconomists are definitely thinking about heterogeneity.

As for rational expectations, there have not been many attempts to replace rational agents with irrational ones (though some top theorists have played around with the idea). An alternative concept of rationality, Bayesian learning, has been getting more attention from DSGE theorists. But so far, macroeconomists are still very timid about abandoning this pillar of the Lucas/Prescott Revolution. Why? One big reason is that there's no clear alternative. There are lots and lots of ways people could be irrational, and it takes a big leap of faith to pick one of those ways and run with it. That's probably why critics of this aspect of macro are frustrated, and will continue to be frustrated - it's easy to see that rational expectations isn't a law of the Universe, but it's devilishly hard to agree on which alternative should replace it.


4. "Macro models are too big and clunky to be useful in a crisis."

Before the crisis, macro definitely seemed to be moving toward huge, unwieldy models with tons of different "shocks" and a number of "frictions". And there still is quite a bit of that. But a lot of macro models that I've seen recently definitely seem to be more of the stripped-down, "let's tell a story about this one mechanism" kind of models. And I've even seen some macro people using simple OLG-type models instead of the infinitely forward-looking, "fully specified" monsters that usually go by the name of "DSGE". No, these aren't simple supply-and-demand curve diagrams. But even if it hasn't given Paul Krugman what he'd like, macro seems to be giving Ricardo Caballero a little more of what he wished for in 2010.

The real critic that matters in this case isn't the public; it's central banks and policy advisors. The public never has to use macro models, so of course it doesn't (or shouldn't) care how unwieldy they are. But central banks and policy advisors need models they can both understand and apply in a crisis situation. Whether or not macro's new crop of models will give them that is an open question, but hopefully we won't have to see it answered in the near future.

When we read prominent economists writing in the WSJ denouncing fiscal stimulus, or calling for higher interest rates (for a different reason every week), it's hard not to think that macro is just a pack of conservative hyenas with the odd liberal honey badger thrown in the mix. But you have to realize that there's a heavy selection bias going on here - the macroeconomists who write in the press are going to be the people who are both A) the most interested in policy questions, B) the most confident in their policy-related beliefs, and C) the ones who attract the most attention from the readers of the WSJ or wherever. In terms of academic macro, the evidence says that it's only slightly aligned with the big Red-Blue divide of American politics.

Of course, academic politics is another matter. There are big divisions over things that practically no WSJ reader is going to care about - TFP shocks, sticky prices, parameter calibration, etc. "Freshwater" and "saltwater" still describe a real human network divide (even if the theoretical battles of the 1990s and early 2000s are fading now that financial macro has taken over). But academic politics is not the same thing as national politics.

So maybe macro didn't actually manage to fend off this particular criticism, but I think the criticism was never really very accurate in the first place.


So to sum up: Macro definitely does not look like a dying research program, stuck in scholastic navel-gazing while the world passes it by. I could name a couple research programs that do look like that, but macro is not one of them. Instead, it looks like a vigorous, energetic field full of excited young true believers and respected older figures who are still blazing new trails. Instead of retreating into the ivory tower and ignoring its weaknesses after 2008, macro has aggressively moved to put finance into its theories, while playing around with things like heterogeneity, learning, and simpler forms of models. Nor is the world losing interest in macro - it remains the single biggest, most glamorous, and most popular field of economics, and the biggest destination for top job market candidates.

Of course, that doesn't mean that macro is as awesome as its boosters would tell you. I think it has some big problems. But today I don't think I'll harp on those. Today, I think I'll just give the macro field its due for answering so many of its critics in quiet but decisive fashion.
Author: Noah Smith Posted at 10:20 PM