Not a summary of economics 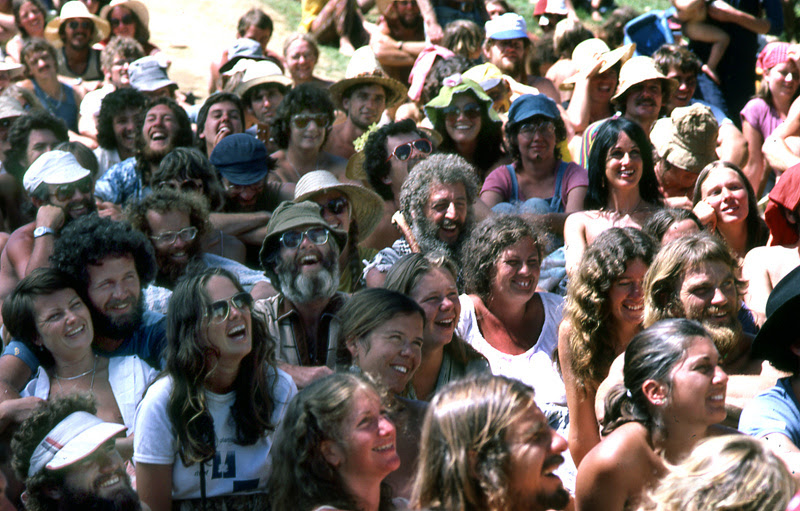 Today both Alex Tabarrok and Ezra Klein posted this list of economics "lessons" given by Tom Sargent (a strong contender for "smartest living economist") at a 2007 graduation speech in Berkeley. Ezra calls it "everything you need to know about economics", and Alex says the list "summarizes economics", but this is quite a bit of overhype. What Sargent actually says is: "Here is a short list of valuable lessons that our beautiful subject teaches." Sargent isn't summarizing the findings of econ; he's telling the Berkeley grads some things he thinks they need to take away from the subject.

So what does Sargent think Berkeley grads need to know? Let's go through the list and see.

1. Many things that are desirable are not feasible.

This is the basic idea of all of econ. But I think Sargent has a special reason for reiterating it.

Implied by #1, but in a speech this short I think we can forgive Sargent this slight verbosity.

3. Other people have more information about their abilities, their efforts, and their preferences than you do.

Asymmetric information is of course very important in econ, but I also think Sargent has a special reason for mentioning it in the list.

4. Everyone responds to incentives, including people you want to help. That is why social safety nets don't always end up working as intended.

Here we start to see a policy implication emerge from the list, as Sargent cautions against social safety nets.

5. There are tradeoffs between equality and efficiency.

Actually, this is not true in general! The Second Welfare Theorem shows how under certain conditions, there is no tradeoff at all. So why does Sargent say that such tradeoffs exist? Probably because - and here I'm putting words in Sargent's mouth - he thinks that the kinds of policies Berkeley grads will want to try will involve equality-efficiency tradeoffs. What kind of policies are those? Well, #4 gives a clue: social safety nets.

6. In an equilibrium of a game or an economy, people are satisfied with their choices. That is why it is difficult for well meaning outsiders to change things for better or worse.

This is also a caution against government intervention in the economy. A theme is beginning to emerge.

7. In the future, you too will respond to incentives. That is why there are some promises that you'd like to make but can't. No one will believe those promises because they know that later it will not be in your interest to deliver. The lesson here is this: before you make a promise, think about whether you will want to keep it if and when your circumstances change. This is how you earn a reputation.

This just sounds like general "good life advice" for young people, and it doesn't fit with the theme of the other "lessons", so let's skip it and move on to #8.

8. Governments and voters respond to incentives too. That is why governments sometimes default on loans and other promises that they have made.

Personally I don't think economics has learned much at all about the incentives of government voters (why the heck do voters vote anyway, when their vote will never change an election outcome?!), but Sargent's point here is to caution against the use of government to try to solve the problems of the world. So this fits with #6, 5, 4, 3, 2, and 1.

By this time we can sort of see why Sargent might have put #1, 2, and 3 on the list, above and beyond the fact that they are important foundational principles of economics. By discussing tradeoffs, he's saying "You might want to use government to help people, but there will be costs." By discussing asymmetric information, he's also saying "Other people know what's best for them better than you do, so if you try to help them with government policy, you might end up hurting them instead."

It's all shaping up to be one big caution against well-meaning government intervention in the economy by do-gooding liberals concerned about promoting equality and helping the poor.

10. When a government spends, its citizens eventually pay, either today or tomorrow, either through explicit taxes or implicit ones like inflation.

I'm not quite certain this is completely true, since countries can default on their debt, but close enough. Anyway, it definitely fits with the theme of all of the previous "lessons" except #7.

11. Most people want other people to pay for public goods and government transfers (especially transfers to themselves).

This definitely fits with the theme.

12. Because market prices aggregate traders' information, it is difficult to forecast stock prices and interest rates and exchange rates.

This is good life advice, but it does not obviously fit the theme (unless Sargent is thinking of govt. intervention to pop asset bubbles).

So 10 out of Sargent's 12 "lessons" are cautions against trying to use government to promote equality or help people. It's not hard to see why Sargent - himself a Clintonite sort of Democrat - might emphasize this point to a bunch of Berkeley grads. Berkeley is a famously liberal school (and was even more so when Sargent went there), and thus its graduates seem more likely than other people to be overzealous in wielding the government as a tool of human welfare.

Fair enough. If I were giving a graduation speech to students at Tokyo University, I'd tell them much the same thing (speaking of which, hey Tokyo University administrators, my schedule is wide open!).

But I think that when this kind of list is put forth as a "summary of economics", it does a disservice to the profession. It reinforces the notion that econ is basically a form of political advocacy, and that it's main value-add is to innoculate us against communism. That may have been true to some degree back in the 1960s, but nowadays ideological capitalism-cheerleading is not a big part of what professional economists do (or good ones, anyway). Econ has become a much more technocratic field, and new theories and discoveries have made the question of "government vs. markets" a much less simple one, even as communism has become much less of a political threat. Sargent, of course, knows that, and is just playing to a very particular audience of what he takes to be starry-eyed, wet-behind-the-ears, do-gooding Berkeley hippies. But it would be nice if bloggers did not hype lists like this as "everything you need to know about economics".
Author: Noah Smith Posted at 6:34 PM