Some more ways that racism is hurting black Americans 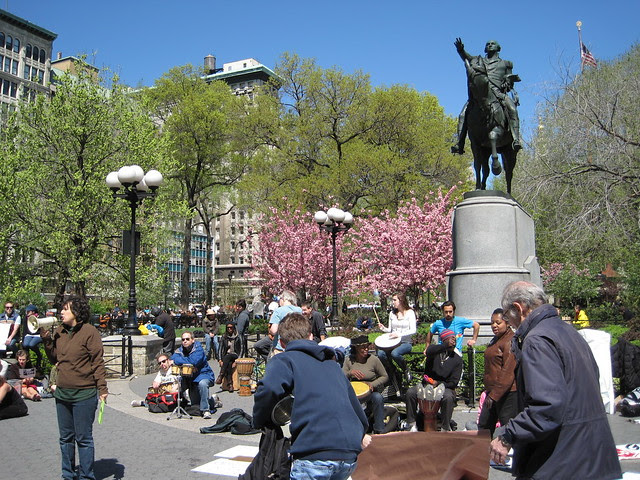 Jonathan Chait has a long essay about race and the Obama presidency. I think he goes way too easy on conservatives, who seem to believe that the 1964 Civil Rights Act represented the end of American racism, and that the personal dislike and distrust of black people that is still fairly common in America somehow doesn't count as "racism". To me, it seems clear that this widespread "personal racism" has serious negative effects on the well-being of American black people.

How, you ask? Well of course there are the obvious and much-repeated examples of hiring discrimination, housing discrimination, and legal discrimination. People go back and forth on how much of these exist. I think that they're probably substantial, but I won't rehash those old arguments here. Instead, I want to suggest some additional ways that racism may be hurting black people.

1. Business networking. In the world of jobs and work and business, human networks are incredibly important. There's a huge amount of research on this, so much that it's almost too much effort to decide which links to post - see here, or here, or here or here, or anywhere. It's a well-known fact: friends and acquaintances are hugely important for getting a job, getting a promotion, getting a raise, and starting a successful business. The value of these connections is called "network capital" or "social capital".

And racism, of course, inhibits black people from forming human networks. When white (or Asian, or Hispanic) people don't see black people as worthy of friendship, trust, and frequent socialization, it makes it much harder for black people to succeed in the business world, legal discrimination or no.

This is different from the problem of workplace discrimination. That problem could, in theory, be solved if whites made a big effort to treat blacks fairly in hiring, salary, and promotion decisions. But the network capital problem will not be solved merely by fairness. It can only be solved by actual friendships between individual black and white people.


2. Neighborhood isolation. In an excellent article in Slate, Jamelle Bouie recently explained how many American black people, even after escaping poor neighborhoods, are pulled back to these neighborhoods, causing all kinds of negative outcomes. Why does this happen? Well, housing discrimination is one reason, but it's obviously more than that - the NFL player that Bouie describes could hardly have found it impossible to get a house in a rich white neighborhood. There must be other forces that make black people reluctant to leave poor, violent neighborhoods behind.

One obvious force is personal racism on the part of white people (and Asians, Hispancs, etc. - I'm going to stop writing this caveat now, and just say "white people"). If I were a black person who grew up poor or lower-middle-class, and I were contemplating becoming an upper-middle-class person, I would probably think twice. Why? Because I'd worry that an undercurrent of subtle, tacit, and unstated disdain, distrust, and dislike would permeate my new social set. I wouldn't want to give up my family and friends to hang out with a bunch of people who looked down on me because of my race. I'd choose to live around people who accepted me at a basic level, even if that entailed big risks and costs.


3. Personal violence. It's a fact that black communities in America are exceptionally violent, even after accounting for the effects of poverty. Why? One reason that strikes me as extremely likely to be a piece of the puzzle is police discrimination. Racist police - or even just the specter of racist police! - can be a powerful disincentive to use the police for protection, and motivate black people to rely on personal violence for their own defense.

It's pretty simple. If a guy in my neighborhood were threatening me, the first thing I'd do would be to pick up the phone and call the cops. I believe the cops would help me. But if I were black, I think I'd be very worried that the cops would just arrest me, or would simply fail to do anything about the problem because they just don't care about keeping black people safe. So I would not call the police. I would instead try to scare away the people who were threatening me. I'd get a gun. I'd get a gang of friends to watch my back. Maybe I'd even spray a few bullets into the guy's house, to teach him I meant business and was not a person to be f***ed with.

Yes, I really would do this, especially if I was poor and could not simply move away. It's not a "culture of violence", it's just plain old rationality. When I lived in Japan, many college-educated white people - who would call the cops in a second if threatened in Canada or Australia or the UK or wherever they came from - would just laugh if someone suggested calling the cops. They assumed that Japanese cops would discriminate against them, or would simply throw them in jail, if called.

(Note that violence in black communities declined a lot in the 1990s. If my theory is right, then "community policing" strategies, and the increasing racial diversity of the police in black neighborhoods, might have had a lot to do with that.)


What all of these problems add up to is this: To really help black Americans (and other minorities that are hurt by racism), it is not enough to make them nominally equal under the law. And it is not even enough for white people to act in a fair and unbiased manner toward black people. Respect is important, but mere distant, cold respect is not going to be enough. What needs to happen is for white and black people to actually be friends and hang out with each other on a regular basis. "Black America" can no longer continue to exist as a separate, foreign mini-nation within the American nation, because separate is inherently unequal. Real integration is the only real answer. Fortunately, I think attitudes are changing among the younger generation of Americans, but powerful people - political leaders, the media, churches, etc. - need to do their part.
Author: Noah Smith Posted at 12:38 PM