What is right with modernity? 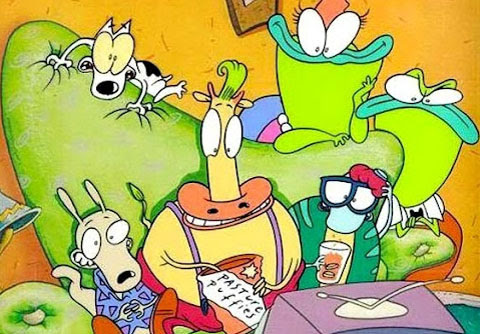 In my debate with "neoreactionary" blogger Michael Anissimov, we briefly touched on the question of whether modernity or traditional life was better, but we didn't really go into it. Now Michael has posted a list of things he thinks are wrong with modernity, so, being a guy who generally likes modernity, I thought I would respond.

Some of the items on Michael's list I think aren't problems at all. For example, he claims that the murder rate has only decreased because of medical advances, and is now 40 times as high as in 1900. That's almost certainly specious, since other forms of violent crime (forcible rape, assault, etc.) have also decreased by as much or more than murder in recent years, and medical science is not responsible for those declines. Also, Michael worries about public debt being high, but I'm not exactly sitting here leading a sucky life because of the national debt, and hopefully neither are you - if the debt can be contained to a manageable level (which it looks like it can), then it'll never be a problem.

Other items on Michael's list are real problems, but don't obviously seem to be more of a problem recently. For example, suicide is on the rise lately, but it's also very common in some traditional societies like rural India. Drugs like heroin are more of a problem today, but I bet a lot more people drank themselves into an early grave back in traditional societies. Michael mentions "perennial recession", but what he really means is stagnation (slow growth), and by that definition we were stuck in perennial recession from the dawn of time until sometime in the 1800s - in fact, "traditional society" is arguably defined by permanent stagnation.

But some of the things on Michael's list strike me as real problems. For example, obesity is certainly higher than in the past, as is overmedication. Social isolation seems to be a much bigger problem too. Family breakdown has also become more prevalent in America in recent decades, though it's not clear how it compares to long ago. Actually, I think Michael left a couple of things off of his list, like the increase in clinical depression.

So yes, there are ways in which modern life is worse than life in the past. In fact, it would be surprising if there weren't! But any list of problems deserves a countervailing list of advantages, and I think there are many more ways in which modern life is better than traditional life. Technology is obviously the big one here - you like being able to flush your toilet and not die in childbirth, right? - but I think we can go beyond that. For example:

* There's just a lot more to do. Modern life includes a lot of leisure time, which many of us don't just spend vegging out in front of the TV. More leisure + more technology = more stuff to do. We can rock-climb, or visit Cambodia, or play Final Fantasy, or write a blog, or...well, anything, really. There's great music and cool fashion and fun sports and neat games and all sorts of awesome stuff.

* Most of us don't have to go to war. My grandfathers and great-uncles all fought in World War 2. They told me the stories. As they would be the first to tell you, it SUCKED. And I doubt the Thirty Years' War was much more fun. War used to be a fixture of life, and now it's not. Advantage: modernity.

* There is less conflict between groups. My ancestors were Jewish peasants in Lithuania. Michael's were Cossacks in Russia. In other words, his ancestors probably spent a lot of time beating up my ancestors (except for that one guy in Fiddler on the Roof). Now, large-scale conflicts between people of different ethnicities and backgrounds and religions are very rare in rich countries. In Philadelphia in 1844 there were huge riots against Irish immigrants. There have been no such riots against (or by) Mexican immigrants in modern times. Advantage: modernity.

* You can meet a lot more people. Marx wrote about the "idiocy of rural life", but the word he used might have just meant "isolation". The fact is, in traditional society, most people didn't meet a lot of other people in their lives. Now, we meet a lot. That doesn't mean we form more close relationships than in the past (or fewer!), but it is interesting, stimulating, and perspective-widening to meet people from a lot of walks of life. And many inhabitants of modern societies today have traveled internationally and met people from other countries, which is something that used to be very rare.

* We know a lot more. With Wikipedia, I have more knowledge at my fingertips than anyone in a traditional society ever could have dreamed of. My sheer breadth and depth of knowledge almost certainly exceeds that of savants and sages of yore, but I don't think I'm particularly unusual in that regard.

* You can keep in touch with your old friends. For those people in traditional societies who did leave their hometowns, the price was the destruction of most or all of their human relationships. In 1963, Bob Dylan wrote a song about missing his old friends and never being able to see them again. Even in the 1980s, my parents weren't in close contact with their college and high school friends. Now I just open up Facebook, and there they are! Needless to say, this also applies to keeping in touch with your family.

* Most jobs are a lot more interesting. Professoring is about the same as it was in ages past, and service jobs are probably about the same as well, but most people have far more interesting jobs than their ancestors. In the past, most people were doing mindless repetitive farm work (I've done it for one summer, and trust me, you don't want to do it for more than one summer) or manufacturing work. Now, a huge chunk of the populace works in mentally engaging jobs that give them some space for individual initiative, creativity, and expression.

* You can speak your mind. In the past, if you criticized the government, some thugs might come to your door and beat you to within an inch of your life. Now, if you live in a modernized, developed country, you can write "Barack Obama eats poop!" on your front door, and the only negative consequence will be that your neighbors think you are tacky. Advantage: modernity.

* You can be whatever religion you want. In ancient times, unless you lived under Genghis Khan (a pioneer in religious tolerance, believe it or not), you could easily be tortured and killed for having the wrong religion. For example, take the Spanish Inquisition, which, contra Monty Python, everyone kind of expected in one form or another. In fact, in many non-modern societies today, you can still be persecuted for believing in non-officially-approved details about the omnipotent being who may or may not have created the universe. Advantage: modernity.

* Everything is a lot safer. Thanks to our highly annoying but also highly effective modern legal system, you don't have to worry about toxic meat, unsafe cars, or collapsing buildings nearly as much as in the past (though these dangers are not entirely gone). That strikes me as a big plus.

* You can get ahead. In lots of traditional societies it was very hard to get ahead if you weren't an aristocrat (again, unless you lived under Genghis Khan, who abolished aristocracy and implemented meritocracy; this reform lasted until precisely 0.07 milliseconds after his death, but oh well). In modern society, the combination of capitalist meritocracy and technology allows ambitious people to get ahead regardless of their circumstances of birth. (Luck, of course, still plays a big role.)

* There's no slavery. Well, almost none. But in the past, a lot of people were turned into personal property for most or all of their lives. Being someone's property really sucks. In modern society, it is highly illegal to do that to someone. Advantage: modernity.

* Being a woman doesn't suck as much. In traditional societies, if you were a woman, you usually had to stay home. Now you can go out and do stuff and be a real human being. Also, you are in far less danger of being raped if you do. If you decide to have an affair - which I'm not saying is a nice thing to do, but neither is trolling people on the internet, and we all have our vices - your husband can no longer legally slaughter you. If you want to have 10 kids, you certainly can (and very few of them will die in infancy), but if you don't want to have any kids, you're free to do that too. Etc. etc. Women happen to comprise just over half of the human population, so this seems like a big deal to me.

* There's a lot less chance of people punching you in the face. I covered this above, but as further support I cite the complete works of Mark Twain, which I take to be an accurate description of life in the 1800s, and which involves lots of random fist-fighting. Now you may think that fist-fighting is all in good fun, but actually if you did the homework assignment from Fight Club - i.e., randomly picked street fights - you would quickly discover otherwise, as moviemaker Harmony Korine did.

The fact is, all of these awesome improvements in the day-to-day lives and long-term well-being of humankind are due to generalized liberalism - to "classical liberalism" (i.e. economic freedom), to "cultural liberalism" (i.e. tolerance), and to civil liberties. Even the technological advances were mostly made possible by generalized liberalism - the Soviets had some of the world's best scientists, but they didn't have Final Fantasy (or Viagra).

You see, generalized liberalism basically just tries to allow people to do whatever they want, to the greatest degree possible. That's not always going to work. There are externalities, and our government and our culture will inevitably fail to fully remedy some of these. There are information asymmetries. There are times when people want things that they don't end up liking or appreciating. But by and large, when people can do more of what they want, they feel better off. That, in a nutshell, is why modernity trumps tradition.

This is something that most people realize. It's not a difficult concept, and it's not an original concept. Liberalism as an idea is boring by now. So there's a temptation to say "Hey, we've tried this long enough, let's try something else." And there's also the temptation to imagine that by discarding liberalism, we could fix all the problems with modern life without incurring any of the costs that our ancestors paid - that we could paste all of the (often exaggerated) benefits of tradition on top of a basically modern framework and get a purer, more moral, more right-feeling society.

But I think that's an illusion. Liberalism has such demonstrable, clear, enormous benefits that I predict very few people will abandon it once they have tasted its fruits. They may complain about the flaws, but they will not throw the baby out with the bathwater.
Author: Noah Smith Posted at 10:01 PM