Cochrane's thoughts on the recession and recovery 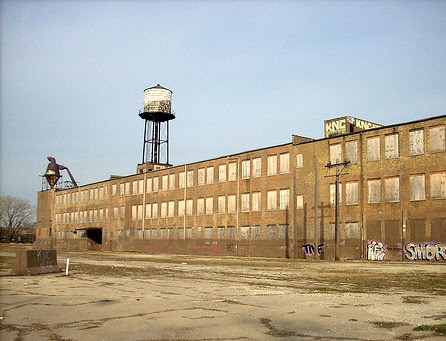 John Cochrane has a Wall Street Journal editorial in which he discusses the debate over the cause(s) of the recession. The editorial is generally critical of Keynesians, New Keynesians, and anyone who thinks that the slow recovery is a function of "demand":


Where macroeconomists differ, sharply, is on the causes of the post-recession slump and which policies might cure it. Broadly speaking, is the slump a lack of "demand," which monetary or fiscal stimulus can address, or one of structural sand-in-the gears that stimulus won't fix?

The "demand" side initially cited New Keynesian macroeconomic models...If you look hard at New-Keynesian models, however, this diagnosis and these policy predictions are fragile...These problems are recognized, and now academics such as Brown University's Gauti Eggertsson and Neil Mehrotra are busy tweaking the models to address them...

In the alternative view, a lack of "demand" is no longer the problem...Where, instead, are the problems? John Taylor, Stanford's Nick Bloom and Chicago Booth's Steve Davis see the uncertainty induced by seat-of-the-pants policy at fault. Who wants to hire, lend or invest when the next stroke of the presidential pen or Justice Department witch hunt can undo all the hard work? Ed Prescott emphasizes large distorting taxes and intrusive regulations. The University of Chicago's Casey Mulligan deconstructs the unintended disincentives of social programs. And so forth. These problems did not cause the recession. But they are worse now, and they can impede recovery and retard growth.

These views are a lot less sexy than a unicausal "demand," fixable by simple, magic-bullet policies.

Why do people think that "demand" is the key to understanding recessions? I don't think it's just because "demand-side" solutions are easy or that a unicausal explanation is "sexy". I think it has to do with prices. 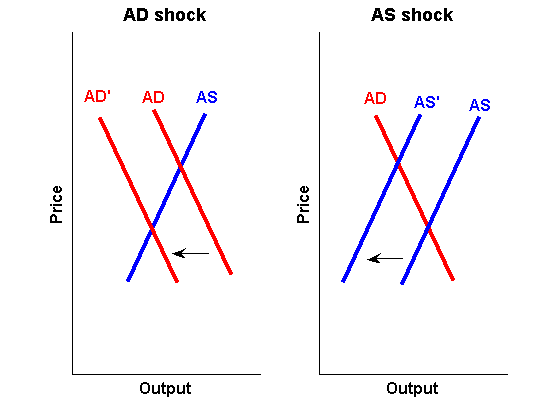 You can see that inflation not only plunged during the recession, but remained low after the recession. Thus, if you think of the economy as a supply-demand graph, then you would conclude that the slow recovery is related to decreased demand.

Now, of course, it's unlikely that the economy is as simple as an Econ 101 supply-and-demand graph. In modern macro models, there are rarely pure "supply shocks" or "demand shocks". But the intuition is still there. Consider Cochrane's proposed alternative reasons for the slow recovery: 1) policy uncertainty, 2) regulation and taxes, and 3) redistribution.

All of these things are basically impediments to the production process - i.e., they make it more costly to produce things. If workers are getting paid to sit around at home (by extended unemployment benefits), that should make wages go up, as businesses are forced to pay workers more in order to lure them back to work. If regulation is making it hard to do business, that should make costs go up. Etc.

Higher costs should get at least partially passed on to the consumer in the form of higher prices. Thus, you'd think that if the slow recovery were caused by structural impediments to business, we'd have seen higher inflation at some point in the last 5 years.

Now, it's possible to write down a macro model in which anticipation of higher costs tomorrow actually causes prices to go down today. In fact, for any X, it's probably possible to write down a modern macro model in which X happens. But this idea goes strongly against basic economic intuition. The Cochrane/Taylor/Mulligan/Prescott/Baker/Bloom/Davis thesis isn't obviously wrong, but it's obviously counterintuitive.

So that, I think, is the big reason why "demand-side" explanations for the slow recovery persist.

But there is also the issue of parsimony. Cochrane writes: "These [policy] problems did not cause the recession. But they are worse now, and they can impede recovery and retard growth." I think people naturally see the recession and the recovery as one single phenomenon, and tend to prefer explanations in which there is only one cause for both. If you have two completely separate explanations - one for the recession and one for the slow recovery - you're adding a lot of free parameters to your model. In general, model complexity should be penalized, as with some sort of information criterion. So that's another reason I think people are skeptical of the Cochrane/Taylor/Mulligan/Prescott/Baker/Bloom/Davis thesis.
Author: Noah Smith Posted at 10:05 PM