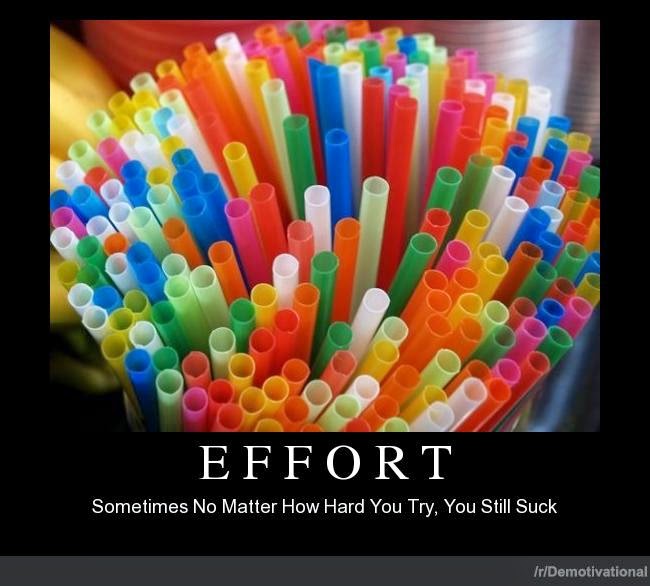 Carol Dweck is one of America's most important public intellectuals, and I believe that her idea, the Growth Mindset, is one of the most good and useful in America today. She's also a hedgehog. Meaning, of course, that she applies her One Big Idea to everything and anything, and tends to exaggerate its power and the evidence in favor of it. That's OK. Most promoters of big good ideas are hedgehogs. There are plenty of hedgehogs in the econ blogosphere - Scott Sumner, Paul Krugman, Steve Williamson. It's no big deal. I think that as a society we've gotten good at recognizing hedgehogs and mentally correcting for the hedgehogginess.

So because Dweck is a hedgehog, I won't totally lambaste Scott Alexander for attacking a straw man in his latest 10,000-word essay. Part of Scott's confusion and misdirection comes from Dweck's over-selling of her idea.

But only part. The rest is derp.


[G]rowth mindset is the belief that people who believe ability doesn’t matter and only effort determines success are more resilient, skillful, hard-working, perseverant in the face of failure, and better-in-a-bunch-of-other-ways than people who emphasize the importance of ability. Therefore, we can make everyone better off by telling them ability doesn’t matter and only hard work does.

This is similar to how Dweck herself would describe the idea. However, Scott does not differentiate between the following two statements:

2. Natural ability doesn't matter on the margin, but the marginal effect of effort is large.

But what Dweck does not clarify is whether the optimal growth mindset is itself a belief about average or marginal effects of effort on performance! In other words, to get the effect, do I have to believe that natural ability doesn't matter? Or does it work if I believe that although natural ability matters, effort can have a big effect?

If it's the former, we have trouble. If the only way to get the positive effect of the growth mindset is to convince people that natural ability doesn't matter - i.e., a fiction - then eventually they will realize that the fiction is a fiction, and the growth mindset will go away.

But I don't think that's what the growth mindset is. I think that very few if any people, including the people Dweck describes as having strong growth mindsets, actually do believe that effort could make them as good a basketball player as Michael Jordan, as good a mathematician as Terence Tao, or as good a blogger as Noah Smith (cue hearty laughter).

I am betting that the growth mindset is a belief about marginal effects ("if I work hard I will get better") rather than average effects ("anyone can do anything if they work hard"). Scott Alexander, on the other hand, seems convinced that it is the latter.

One reason I would make that bet is the nature of the experiments that have tested the power of the growth mindset. Scott runs through a couple of the experiments in his post. Basically, these are priming experiments. It would be incredibly weird if a priming task could change people's bedrock beliefs.

Scott sees this and concludes (paraphrasing): "Since the growth mindset is a belief about average effects, and a priming task couldn't change people's beliefs about something as big as average effects, there must be something wrong with this research, and therefore with Dweck's thesis."

I look at the same facts and conclude: "Since a priming task can't change beliefs about something as big as average effects, the growth mindset must be a belief in marginal effects."

(I'm going to stop explaining the difference between average and marginal now, since if you haven't gotten it yet, you just need to give up on being smart and go be a political hack go hit the books.)

Anyway, Scott goes on to discuss some other studies that might or might not support mindset theory. With a little rewording, most of his post - the substantive part, the part about research and evidence - could actually have been a post in support of Dweck's idea.

But it is not. It is a post criticizing Dweck's idea. And here is where the derp comes in.

At the beginning of his post, Scott - who is rightly renowned as being an intellectually honest person - states his priors:


I’ll admit it: I have a huge bias against growth mindset...

I can sometimes be contrarian, and growth mindset is pretty much the only idea from social psychology that is universally beloved...

Which brings me to the second reason I’m biased against it. Good research shows that inborn ability (including but not limited to IQ) matters a lot, and that the popular prejudice that people who fail just weren’t trying hard enough is both wrong and harmful...

Which brings me to the third reason I’m biased against it. It is right smack in the middle of a bunch of fields that have all started seeming a little dubious recently. Most of the growth mindset experiments have used priming to get people in an effort-focused or an ability-focused state of mind, but recent priming experiments have famously failed to replicate and cast doubt on the entire field. And growth mindset has an obvious relationship to stereotype threat, which has also started seeming very shaky recently.

Scott is a big believer in the importance of inborn ability. He thinks social psych and related fields have been captured by people who want to deny that fact. He thinks these fields have been using junk science to push their nurture-over-nature agenda. And this biases him against Dweck's ideas, and biases him toward skepticism with regards to research results that support Dweck's ideas.

Remember, derp is not confirmation bias. It is more rational than that. Derp is just repeating your strong priors over and over. That's what Scott's post is.

He cites some research in favor of the growth mindset idea, and expresses skepticism of the results. He restates his priors.

He then cites some research that might or might not favor it, and expresses no skepticism of the results. He again restates his priors.

He then cites some research that shows some stuff that might or might not suggest alternative explanations for the results that support the growth mindset, and expresses no skepticism of the results. He again restates his priors.

Then he restates his priors once more in the concluding section. Derp!

Actually, maybe I'm being too generous to Scott. Looking for flaws in studies that contradict your priors, while not looking for flaws in studies that agree with your priors, is confirmation bias. It is not Bayesian-rational. It appears to be what Scott does in this post. So calling Scott's post "derp", rather than "confirmation bias", is giving him the benefit of the doubt! :-)

Anyway, when discussing the growth mindset idea, I think we all need to keep the following things in mind:

1. Hedgehogs gonna hog (and not hedge). We should remember that Carol Dweck, like most promoters of big ideas, overstates her case. That doesn't mean her idea is not a good and useful one.

2. Average is not marginal. Belief in the average effect of natural ability and belief in the marginal effect of effort are two very different things.

3. Science is really hard. Even in physics and chem it's insanely hard to get robust, reliable, definitive conclusions. In psych it's much harder. That doesn't mean we should ignore big ideas in psych.

Suppose this is one of Dweck’s experiments on three children. Each has a different level of innate talent, represented by point 1. After they get a growth mindset and have the right attitude and practice a lot, they make it to point 2.

Two things are simultaneously true of this model. First, all of Dweck’s experiments will come out exactly as they did in the real world. Children who adopt a growth mindset and try hard and practice will do better than children who don’t. If many of them are aggregated into groups, the growth mindset group will on average do better than the ability-focused group. Intelligence is flexible, and if you don’t bother practicing than you fail to realize your full potential.

Scott also seems to think that in order to realize the benefit of a growth mindset, it is necessary to convince children of a fiction (i.e. that the overall effect of natural ability is 0). But Dweck doesn't think that. That seems unlikely to me. My guess is that you just need to convince kids of the truth - i.e., that effort matters a lot on the margin for most people. No fantasies required.

When reading this discussion, it is important to remember that the following three things are different:

1. Dweck et al.'s belief about the effect of the growth mindset on performance

2. The belief of a person with the growth mindset about the effects of effort and ability on performance

3. Dweck et al.'s belief about the effects of effort and ability on performance
Author: Noah Smith Posted at 11:38 PM