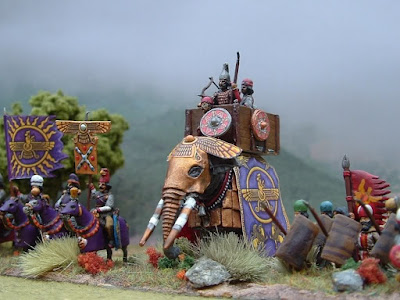 I'm no international relations expert, of course, but I think there's one big mistake that's made in discussions about Iran these days. The presumption is that Iran is a rising power, at the peak of its influence. The basic story is that Iran is ascendant in the Middle East because its main threat, Saddam Hussein, has been removed and replaced with a Shia regime sympathetic to Tehran. In addition, the story goes, Iran has a strong network of regional allies - Hezbollah, the Assad regime, and the Houthi rebels in Yemen. The theory of Iranian strength is often put forth by those who oppose Obama's deal with Iran; these opponents seem to think that the deal would strengthen an already rising power, pushing Iran into a firm position of regional supremacy.

But I believe that the theory of Iranian strength is wrong. Iran is in an extremely weak position, and is poised to get weaker, even with the U.S. deal.

Here are four reasons I think Iran is weak.

Proxy wars take lots of money and effort. The Iranian public has no real reason to bear these costs, except perhaps in the case of Iraq, and will probably get progressively dissatisfied as they go on. But they will go on, because there is little chance that Iran can actually win any of these three wars. The Houthis are too small in number, and too close to Saudi Arabia, to ever control Yemen. The Iraqi government shows essentially zero ability to pacify the Sunni western areas of the country. And Assad is probably doomed.

None of these three unwinnable proxy wars is equivalent to a Vietnam or an Afghanistan, because only a few Iranian troops are actually fighting. But supporting proxies costs money, and Iran does not have a lot of money to spare. In addition, the loss of Assad will rob Iran of its most powerful regional ally, and the Syrian rebels (or ISIS) may then move on to pressuring Iran's other powerful ally, Hezbollah.

In other words, the military situation looks very bad for Iran.


Reason 2: Many Rivals, No Allies

Iran is surrounded by rivals. There are the openly hostile Saudis to the southwest. There are the Sunni Turks to the northwest, a traditional rival that is now working to overthrow Iran's ally Assad. To the east looms the giant unstable Sunni country Pakistan. And western Iraq and eastern Syria are filled with Sunni Arabs who have very unfavorable opinions of Iran. 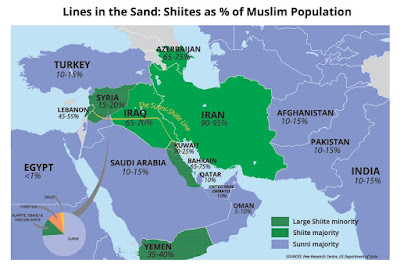 So who are Iran's big allies? China can be counted on only for intermittent, lukewarm backing, probably motivated purely by China's desire to buy Iranian oil. Russia has been mooted as an Iranian ally despite their history of enmity, but Putin has his hands full with Ukraine, and it's not clear whether Russia would lift a hand to help Iran against its real threats, i.e. the various Sunni populations that surround it. It certainly hasn't done so in the past, and shows no inclination to do so now.

Iran has a sclerotic and oil-cursed economy. Thanks to the U.S. shale revolution, oil prices - currently pretty low - are not forecast to rise much, since every time they rise, U.S. shale production will surge and force them back down. In the longer-term future - two or three decades from now -  electric vehicles will start becoming prevalent, driving down the demand for oil.

Perhaps this is one reason why Iranian military spending is so low: 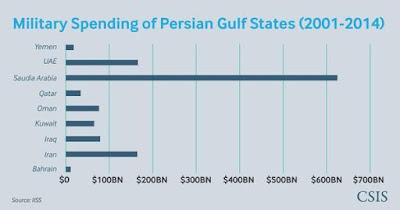 Here, via Index Mundi, is a chart of Iran's Total Fertility Rate:

For 15 years, Iran's fertility has been below 2.1, which is the replacement level. In other words, Iran is rapidly running out of young men to fight wars. When Saddam attacked Iran in the 1980s, it could throw near-endless waves of young men into the fray; now, that is impossible.


So Iran is out of friends, out of money, out of young men, and out of options in its numerous proxy wars. This is not a strong, ascendant regional power. This is a weak, threatened, isolated country living on borrowed time. Seen in this light, Obama's offer of rapprochement looks less like the capitulation its opponents allege - and more like a lifeline.
Author: Noah Smith Posted at 11:45 PM