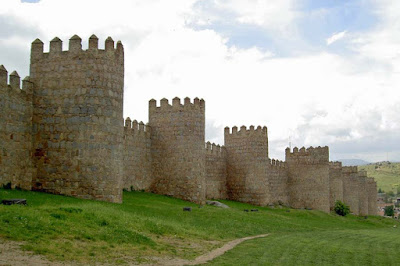 
Paul Romer complains of "mathiness" in macroeconomics. Paul Pfleiderer talks about "chameleon" models. Ricardo Caballero says macroeconomists encourage the "pretense of knowledge". Everywhere, people complain about economists' fetish for pointless model-making. And of course, some folks accuse the economics profession of being a front for laissez-faire ideology.

But we should remember that compared to other disciplines, econ is in great shape. A friend just sent me a paper by Ananya Roy, a professor of urban planning at UCLA, entitled "What is urban about critical urban theory?" Here is an excerpt from the abstract:


This essay discusses how the “urban” is currently being conceptualized in various worlds of urban studies and what this might mean for the urban question of the current historical conjuncture. Launched from places on the map that are forms of urban government but that have distinctive agrarian histories and rural presents, the essay foregrounds the undecidability of the urban, be it geographies of urbanization or urban politics. What is at stake is a critical urban theory attentive to historical difference as a fundamental constituting process of global political economy and deconstruction as a methodology of generalization and theorization.

And here is the spectacular final paragraph:


I conclude then with the invitation to read the urban from the standpoint of absence, absence not as negation or even antonym but as the undecidable. I conclude too with the provocation that theory, including a theory of the urban, can be made from the tealcolored building at the edge of the world that is the Dankuni municipality, a panchayat office repurposed for urban government. But in a gesture befitting the task of provincializing the urban, I note that the dedication plaque for the panchayat building references a fin de siècle poet, Jibanananda Das and his writings on “rupasi bangla,” or beautiful Bengal, envisioned as rural and verdant. But Das is also the first urban poet of Bengal, with a set of starkly neo-urban poems that are now etched into the region’s self-imagination of urban modernity. The plaque can thus be read as a serendipitous anticipation and premonition of the urban yet to come but its rurality cannot be effaced or erased (Figure 4). The sign of a constitutionally demarcated urban local body, it is the undecidability of the urban.

To many readers not steeped in critical theory, this may sound like a broken fire hydrant of nonsense. One may be tempted to reach for a copy of Pennycook et al.'s paper, "On the reception and detection of pseudo-profound bullshit."

But I don't think critical theory is simply the academic equivalent of meaningless auto-generated guru wisdom. My guess is that it's actually something else: Obscurantism.

Here's what I kind of suspect is going on.

For a given level of demand, supply restrictions generally push up price. You don't want to have any old dork walk in off the street and get a full professorship in urban studies. That would send salaries crashing, and prestige as well.

But what if urban studies is just inherently a really easy field? (I'm not saying this is true, I'm just being hypothetical!) What if all the remaining big truths could be uncovered by running a few regressions in Stata? In that case, the supply of potential urban studies profs would be really big. Danger!

If existing urban studies profs can form a cartel, they can artificially raise the barriers to entry and bring supply back down again. Cartelization in academia doesn't seem that hard, since admissions, hiring, and tenure committees are already cartels, and since the barriers to creating new universities and new top journals are very high.

The barriers to entry will probably be some combination of A) a psychometric test, and B) an ideological loyalty test. These tests are relatively easy to administer. They also take advantage of natural supply restrictions - very high-ability people (along whatever dimension you want to measure) are relatively rare, and ideological buy-in is limited by the diversity of ideas in society. For example, there are just not that many people who are both A) really good at parsing dense paragraphs of text, and B) deeply committed to a quasi-Marxist lefty ideology.

Artificial entry barriers provide a tidy explanation for the rise of "critical theory" in humanities, urban planning, anthropology, and sociology departments. Critical theory is basically just the practice of taking lefty social criticism - of the type you might find in any college dorm - and dressing it up with a bunch of neologisms and excess verbiage. Stephen Katz of Trent University explains this in an essay entitled "How to Speak and Write Postmodern". He gives some hypothetical examples:


For example, let’s imagine you want to say something like, “We should listen to the views of people outside of Western society in order to learn about the cultural biases that affect us”. This is honest but dull...[Instead]  say, “We should listen to the intertextual, multivocalities of postcolonial others outside of Western culture in order to learn about the phallogocentric biases that mediate our identities”...

You want to say or write something like, “Contemporary buildings are alienating”. This is a good thought, but, of course, a non-starter. You wouldn’t even get offered a second round of crackers and cheese at a conference reception with such a line. In fact, after saying this, you might get asked to stay and clean up the crackers and cheese after the reception...[Instead, say] “Pre/post/spacialities of counter-architectural hyper-contemporaneity (re)commits us to an ambivalent recurrentiality of antisociality/seductivity, one enunciated in a de/gendered-Baudrillardian discourse of granulated subjectivity”.

As multivocalities on the internet say: LOL.

The supply of super-lefty people who are able to parse artificially dense text is limited, but not so limited that it's hard to find people who are willing to do it for $70,000 a year. Meanwhile, student demand for humanities, anthropology, urban studies, and sociology majors is probably pretty inelastic, so university demand for professors in these areas is probably inelastic. Hence, for departments and journals in these fields to make "critical theory" a soft requirement for professors is probably an effective way of keeping their salaries (and job perks) as high as they are.

It seems pretty obvious that humanities departments have been almost entirely consumed by this sort of thing. Any semblance of objectivity (whatever that would even mean in the humanities!) is gone, replaced by pervasive quasi-Marxist doofiness. And humanities scholars' research work now appears to largely consist of parsing and writing artificially dense text. As for the social sciences, anthro seems to have taken some big steps in this direction, and sociology more modest steps.

The econ profession as a whole is shifting toward empirics, and possibly even toward reduced-form empirics. Since the flood of data is a recent thing, most of the new insights in the field over the next decade or two will probably be gained from doing this kind of work - as John Cochrane says, "The stars in their 30s are scraping data off the internet."

Scraping data off the internet is cognitively demanding work, but not that demanding. Without artificial entry barriers, the data flood would probably increase the supply of people qualified to be economics professors. To preserve their high salaries and high levels of intellectual prestige, it therefore behooves the economics profession to create some artificial barriers.

Econ isn't going for ideological tests - or at least, not very much. There's too much pressure from the world at large to stay objective. So the entry barriers rely mostly on psychometric tests. Mathematical theory, of the type economists do, is hard to do - much harder, for most people, than parsing dense paragraphs of woo-woo "critical theory".

This could explain the pressure on empirical economists to include a structural theory section that has little relation to the reduced-form empirical analysis that forms the core of a paper. It also might explain why even though the economics literature is more and more filled with reduced-form empirical studies, theory papers are still very common on the job market.

Brad DeLong is annoyed with me for picking on Ananya Roy, and links to an essay of hers that he implies is much better than the paper I cited (and which is written in more-or-less plain English). But I didn't quote one of Roy's papers because I think she's a bad urban studies researcher (how would I even know if that were true?). My conjecture was that many successful urban studies profs will have written at least one or two papers like this - much like almost any top macroeconomist will have at least one or two theory papers with unrealistic assumptions and complex math that can't really be tested against data. I'm not trying to single out any individual for criticism.

Some commenters have been suggesting that critical theory is actually on the wane in the humanities. That is interesting; I don't know many humanities people, so I'm pretty uninformed about recent trends. I knew a bunch of Michigan humanities PhD students back in grad school, and they were all very into critical theory. I also met an incoming literature prof at Stony Brook who said she does "theory", and when I asked her "What kind of theory?", she blinked in surprise and asked "Are there multiple kinds?". So anecdotes suggest it ain't dead yet...

A commenter points out that, as usual, Feynman did this snark way before I did.

For much more on this, read about the AMAZING Sokal-hoax that a guy just pulled on some sociologists.
Author: Noah Smith Posted at 2:04 PM