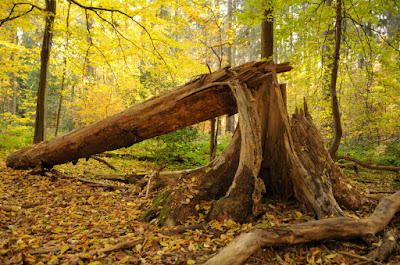 After reading this cool article about the debates surrounding string theory, someone on Twitter asked me to do a post comparing it to macro theory. Well, I did that a long time ago back when I was a snarky young lad, but as someone at Bloomberg once said to me, "If you know a good story, tell it from time to time," so here goes.

String theory and macro (business cycle and growth theory) have one big problem in common: They're not easily testable. They are not untestable. There's a big difference. With string theory, if you could build a really really really huge powerful particle collider, you could probe particles down to the Planck scale, and you could establish whether or not particles are shaped like tiny strings. With macro, if you could observe a whole bunch of planets with no mutual trade between them, or if you could establish a world government and get it to do random policy experiments, you could definitely test growth and business cycle theories.

The problem is, we can't do any of these things. String theory deals with ultra high-energy phenomena, and macro deals with aggregate time series, and those are just very difficult things to observe. In both cases, one big problem is the lack of experimental controls. High-energy phenomena can sometimes be indirectly observed by looking at black holes or the echoes of the Big Bang, and the effects of time-series macro phenomena can be observed every quarter. But you can't really put these things in a lab (well, not real versions of them, anyway), so you can't poke and prod them and explore counterfactuals and deduce the underlying structure, etc.

(Update: This was a little confusing. Yes, you can test theories by looking at non-controllable phenomena. If a macroeconomic theory says "There will be a huge recession next year" and there is no recession, the theory has major problems. But because you can't do controlled experiments, you often have to deal with multiple competing theories that fit the same data. Did they U.S. economy recover from the Great Recession because of easy monetary policy, or in spite of it? And so on. In physics, this is especially problematic when looking at data from the Big Bang, of which there is only one. As you might expect, there are tons of theories floating around about how the Universe began, some of which incorporate string theory.)

So that's one similarity. A second is that studying both has led to useful spinoffs. Studying macro has led to time-series techniques like GARCH models, and arguably to much of microeconomics itself. Studying string theory has led to some cool mathematics, and to some other useful modeling techniques that have been applied in other areas of physics.

Now for the big difference. String theory is not really relevant to the real world. Although string theory techniques have found real-world applications, the theory itself has not and probably never will. No one in our lifetimes or our posthuman grandchildren's lifetimes is likely to build a machine that runs on string theory. Even if the theory - in all its myriad offshoots - turns out to be total crap, it doesn't really matter whether anyone believes in it or not. You might complain that we're wasting our society's brightest minds by paying them to study an untestable theory, but you'd then have to make the same complaint about much of mathematics itself.

In that sense, string theory is "safe" for the world. Macro theory might not be. If we pick the wrong macro theories, we could enact policies that cause real human disasters for millions. In fact, this probably happens quite often.

When data don't give you a guide to policy, major policy failures are inevitable. But what if macro is not totally untestable, but just mostly untestable? What if the evidence gives us a very weak but nonzero signal about which theories are good and which are bad?

This is the danger. If macro policy is hugely important and the signal from data is very weak, then small sociological phenomena within the econ profession - conformity, political bias, etc. - might cause great harm to real people. And bad scientific techniques - ignoring data entirely while placing too much faith in plausibility - might also cause cause real-world harm.

To sum up: If string theory happens to be complete B.S., there is essentially no loss to society. If prevailing macro theory (New Keynesian models now, RBC in the 80s, etc.) is complete B.S., there might be no loss, but there might very well be a big loss. This is probably why the public gets a lot madder about macro debates than about high-energy physics debates.
Author: Noah Smith Posted at 4:01 PM