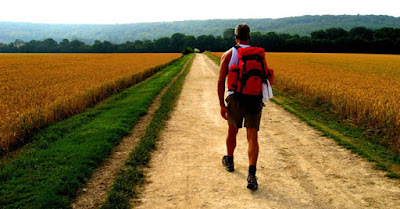 Short version: I've joined Bloomberg View as a full-time writer. I'm leaving Stony Brook, and leaving academia, effective August 15, 2016. Bloomberg View had approached me a year ago about possibly working for them full-time. So I took a 1-year leave from Stony Brook, partially to finish some research stuff I had to do, and partially to decide whether I should switch jobs (I retained my Stony Brook affiliation during that time, and kept advising students and working with Stony Brook professors, but didn't teach classes). Early this year, Bloomberg made me a very nice offer for a full-time position, and I decided to take it. The offer included the chance to live in the San Francisco Bay Area, where I've long wanted to live, so I've moved to SF.

Longer version: Back in 2006, the original reason I thought of getting an econ PhD was actually to become an econ pundit and writer. I saw the quality of the econ commentary out there, and decided that it could be much improved - that there was a huge breakdown in the pipeline of good and useful ideas between academia and the public debate. I admired economists like Brad DeLong and Paul Krugman, and writers like Matt Yglesias, who took some steps to bridge that gap, but I thought that much more needed to be done. I wanted to make sure that good ideas, rather than politically motivated propaganda or silly oversimplifications, made it out of the ivory tower and into the public consciousness.

As soon as I started grad school, I essentially forgot that dream entirely. I got absorbed in the grad school stuff, first in macroeconomics, then later in my dissertation and behavioral finance (which was much more fun and satisfying than macro). And I enjoyed the academic life at Stony Brook, especially the people there. Now, with this Bloomberg job, I'll sadly be leaving that behind - but in the end, I came right back around to where I started. In terms of bringing good ideas from academia into the public consciousness, progress has been made, but much remains to be done. Fortunately, Bloomberg is a great platform to do this, and I'll be working with some great econ writers like Narayana Kocherlakota, Justin Fox, and many others.

As for Stony Brook, I will miss everyone there. It's a good, fast-growing department. The behavioral finance group there is strong and growing, with Danling Jiang, Stefan Zeisberger, and others. The people in charge of the College of Business, including the dean, Manuel London, are really excellent leaders, and the department is much friendlier and less politics-ridden than basically any other I've seen. They'll be hiring my replacement soon, so if you're a job candidate in behavioral finance, and you'd like to live in New York, I'd recommend Stony Brook.

Anyway, to you grad students out there, I certainly wouldn't regard me as a role model - my career is weird and unusual, and was probably always destined to be that way. I'd still recommend the economics PhD, and the life of an economist, to a whole lot of people out there.

That's all that's changed. I'll still be blogging here, and I'll still be around on Twitter!
Author: Noah Smith Posted at 4:53 PM