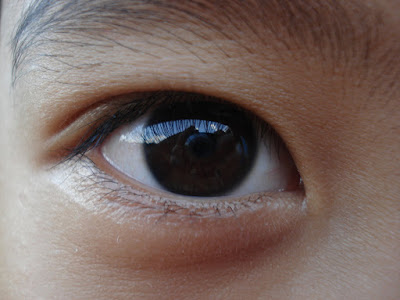 I've been having a fairly epic email argument with a lefty* social scientist friend, about whether social science can give us objective knowledge about the world. Apparently, it has become accepted in lefty* social science and humanities circles that the study of human beings is an inherently subjective enterprise, and will never yield the kind of knowledge delivered by physics, chemistry, biology, etc.

There are essentially three arguments for this. Paraphrasing heavily:

1) Social science has policy implications, and so ideological bias will always leak in, affecting both researchers' methodological choices and their interpretations of conclusions.

2) Social phenomena are highly complex, and hence can never be understood in the way natural phenomena can be.

3) Social science = humans studying other humans, and "reflexivity" prevents us from understanding ourselves in the same way we could understand the behavior of ants or atoms.

I think all that each of these arguments highlights an important difficulty of doing social science, but gets the implications wrong.

In fact, in recent decades, a few very successful predictive social science theories have emerged that don't suffer much from any of these problems. My four favorite examples are auction theory, gravity models, matching theory, and random-utility discrete choice models. Each of these is not just very predictive, but very useful to humanity. They power Google auctions, allow people to forecast trade flows, improve organ transplants, let cities predict how many people will use the train, and allow humanity to do many other things.

Keeping these examples in mind, let's go through the (heavily paraphrased) arguments one by one.**


1) First, the presence of ideological bias. Yes, these days few people care about the policy implications of the orbit of Venus, while most people care about the policy implications of minimum wage studies. So these days, people are more likely to be objective about the former than the latter. But it was not always thus! There was a time when scientists were being put under house arrest (or worse) for saying politically incorrect things about the orbits of the planets.

Eventually, the facts won out. Natural scientists who ignored the prevailing ideology were able to predict the motion of the planets better than their rivals, and that basically settled it. There seems no reason, in principle, why a similar process wouldn't happen with social science.

Some people think it's a good idea for social science researchers to lay their cards on the table - to admit their ideologies when they report their research results. That sounds like a nice idea, but I suspect it is not even slightly feasible in practice. Imagine an economist saying "From this natural experiment, I find the elasticity of labor supply with respect to minimum wage increases to be -0.1. Also, you should know I'm a lefty type who wants to use policy to help the working class."

Well, how much did the economist let said ideology affect said estimation? Did he underestimate the elasticity because he thinks that reporting a small number will make people more likely to enact minimum wages, which he thinks will help the working class? Did he overestimate the elasticity in a conscious or unconscious attempt to correct for his bias? Did he try to get an unbiased estimate, because he doesn't know whether minimum wage would help or hurt the working class, and he wants to find out?

Who knows??? Not him. Not the reader. So this sounds like a nice idea, but I don't think it would work in practice at all. In practice it would just lead to a lot of confusion, suspicion, and noise.


2) Second, complexity. Well, again, this is a big challenge in natural sciences too! Quantum mechanics and relativity have passed every empirical test, to arbitrary levels of precision. But will these things tell us how a tree grows? Maybe. But if so, that's certainly far in the future. Right now, there are plenty of phenomena too complex for particle physics to understand. That doesn't mean particle physics is incapable of yielding objective knowledge.

To me, the argument that social science phenomena are too complex seems quite a bit like the "irreducible complexity" that creationists use to argue for "intelligent design". Yes, you can always find some phenomenon so complex that existing theories can't (yet) explain it. And as theories get better and better, you can keep on jumping up to even more complex theories, saying  "Oh yeah? Explain that, scientists!". But that just means you keep losing and losing, as scientists get better and better at explaining the world.

I guess you can jump directly to the most complex, hard-to-study phenomena of all - macroeconomics, politics, and history - and camp out there for a good long while, constantly saying "See? Told you so! You haven't explained this stuff yet, and you never will!" And you're probably safe - you'll be in your grave before science explains these hellishly complex, probably-non-ergodic macro-phenomena.

Well, good for you! But in the meantime, the sphere of things that can be explained by science will expand...


3) "Reflexivity". The idea that humans can't study their own behavior. If you manage to make a theory that predicts human behavior, people's behavior will change so that the theory no longer works.

Well that's obviously wrong. Here's a very useful, robust law of human behavior that many humans have rediscovered over the years: if you walk up and threaten random humans with a deadly weapon, they'll probably hand over their money.

Obviously, reflexivity often matters. In economics there are plenty of examples. The Lucas Critique. The disappearance of asset market anomalies. I'm sure there are also tons of examples in other social sciences.

But there are obviously lots of situations in which it probably doesn't come into play very much. Epidemiologists figured out that when everyone washes their hands, disease has more difficulty spreading. So they made rules and public awareness campaigns trying to get people to wash their hands. The rules and campaigns worked, and now disease has a harder time spreading in rich countries. Reflexivity be damned! There are also plenty of examples in econ - the response to taxation, for instance, or the labor market effects of immigration - that have no obvious reflexivity problem.


So while ideology, complexity, and reflexivity are real challenges in social science, they don't seem insurmountable. They don't seem to represent a fundamental difference between social and natural science.

These arguments against objective social science really feel a lot like the "God of the gaps" reasoning that religious thinkers use to argue against the universality of natural science. Every gap in science's current ability to explain the world is presented as a reason to embrace religion - usually the specific religion of the person making the argument.

When it comes to social science, the "natural alternative" for the people making the above arguments isn't God, it's lefty* ideology. Into every gap in our current understanding of social phenomena should flow the conviction that the have-nots are oppressed by the power of the haves. Arguing with lefty* friends in the soft-sociology/anthropology/humanities complex feels a bit like arguing with a Catholic priest about science back in 1700. "You can predict balls rolling down ramps, but can you tell me when the next thunderstorm is going to happen? No you can't! See? Nature is inherently mysterious! Only the Bible will show you the truth!"

Social science is damn hard (and not just for the reasons described above). It'll be many years before predictive social theories get good enough to understand things like recessions, elections, or the rise and fall of great powers. Maybe it'll never happen. But that's not a reason to give in to ideological, desire-based worldviews. We should keep crawling forward toward a better and better objective understanding of the world.


*"Lefty" is not meant as a pejorative here. I just don't have a word for the Marxist-influenced, left-leaning idea/ideology package that has become dominant in the humanities and soft social sciences, along with the methodology of critical theory. It is a very broad, complex, multi-faceted idea/ideology package with no commonly accepted over-arching name, so "lefty" will have to do for now. If you know a better term, let me know.

**Obviously this is a one-sided exercise, since I'm responding to my own summaries/paraphrasing of the opposite side. But that doesn't mean it's a straw man. The concepts and ideas I put forth will be summarized and paraphrased in your own mind, and next time you encounter someone who says something kinda-sorta like the arguments I describe, you can use your internally summarized and paraphrased arguments to think about the filtered, summarized, paraphrased versions of that other person's arguments that appears in your own mind. The purpose here is to present ideas, not to definitively win an argument or settle a point.
Author: Noah Smith Posted at 7:52 PM