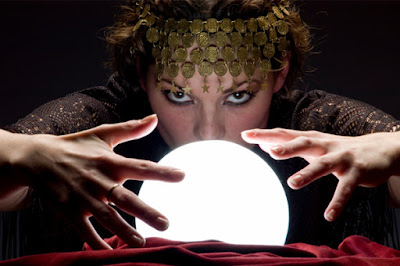 There's a new website out called EconoFact, and while I respect the people involved and I get what they're trying to do, I think they're currently going about it wrong. The site needs some major changes.

In the age of Trump, "alternative facts", and "fake news", there's an understandable desire to bring truth back to a post-truth world. The new website describes its mission thus:


EconoFact is a non-partisan publication designed to bring key facts and incisive analysis to the national debate on economic and social policies. It is written by leading academic economists from across the country who belong to the EconoFact Network...

Our mission at EconoFact is to provide data, analysis and historical experience in a dispassionate manner...Our guiding ethos is a belief that well meaning people emphasizing different values can arrive at different policy conclusions. However, if in the debate we as a society can’t agree on the relevant facts, then the nation itself loses a common base for constructive debate and policy will suffer.

EconoFact does not represent any partisan, personal or ideological point of view...Our network of economists might disagree with each other on policy recommendations, but all will similarly rely on widely agreed upon facts in their analysis.

The posts on the site are basically just short-form explainers, like Vox articles condensed into sound bytes. Each has a short backgrounder section called "The Issue", followed by a bullet-point list called "The Facts" and a conclusion section called "What This Means". Confusingly, the main website displays a short form of each post, while clicking on a post will open a page with a longer form.

My main problem with the site, though, isn't aesthetic. It's the idea that the public will buy a "just the facts" approach. Many readers will suspect that what they're getting is not a simple recounting of incontrovertible facts, but a mix of received wisdom, theory, and carefully cloaked ideology. And they won't entirely be wrong about that.

As an example, let's take "Agricultural Implications of Mr. Trump's Policies", by Menzie Chinn. Menzie is one of my favorite bloggers, and this post of his is typically excellent. It's well-informed, clear, succinct, and backed up by evidence and theory. None of the things I'm about to complain about are his fault.

But forcing Menzie to label his conclusions "The Facts" forces him to oversell his own work. Here are some of the assertions that the EconoFact website forces Menzie to call "facts":

This assertion relies heavily on theory. First, there's the assumption about the Fed's reaction function - what the Fed will do in response to fiscal policy. Second, there's the theory about how fiscal deficits affect interest rates.

It's fine to cite these theories, but they're not facts. The Fed might accommodate Trump's fiscal deficits, or it might tighten to head off potential inflation. We don't really know. Also, the idea that fiscal deficits raise interest rates, while present in a lot of macro models, doesn't have solid empirical support - just look at how long Japan has been running massive deficits without rising interest rates. Or look at what Obama's temporary but huge deficits did to lift U.S. interest rates (nada).


Corporate tax reform threatens to exacerbate the dollar appreciation. The House of Representatives is considering a tax on cash flow that would treat exports and imports differently, popularly known as the “border adjustment tax”. One likely consequence of passing such a tax is that the dollar would experience additional pressures for appreciation, on top of those arising from the configuration of macroeconomic policies. The appreciation would put further downward pressure on export prices.

Fair enough, this seems pretty clearly true to me. But are statements like "threatens to" and "likely consequence" really "facts"?


Net farm income is already being squeezed. The lower prices received for farm output arising from a stronger dollar will depress already declining farm incomes. The farm sector is a net debtor, so rising interest rates will raise the cost of borrowing for farmers. In addition, higher interest rates would likely drive down the already declining prices of farmland since the borrowing costs to mortgage these purchases would rise. In the past, the Federal government has provided income support by way of commodity price supports.  But the Administration’s budget outline limits this type of assistance in the future.

These are mostly predictions, not facts. What if increased export volume more than compensates for falling prices, and farmers' incomes go up? What if interest rates don't actually rise from government borrowing (as they have failed to rise so often, for so many countries, in recent decades)?


The more aggressive policies promised in the Administration’s New Trade Strategy threatens to provoke retaliation against U.S. exports, including agricultural commodities. The trade document states that the Administration will violate World Trade Organization (WTO) rules when it is in America’s economic interest. Trading partners will in such cases be permitted to retaliate against American exports, and agricultural goods are likely targets.

Sure, sounds legit. But again, not a fact. What if the loss of cheap labor induces agribusinesses to invest in labor-saving automation, driving down costs over the long run and raising output? Isn't that a leading theory of why the Industrial Revolution happened in the first place?

Again, let me stress that Menzie's post is a very good post. I agree with it (except maybe for the "deficits raise interest rates" part). It's not his post I have a problem with, it's the site's labeling of theory-based assertions as "facts". When Tyler Cowen or Narayana Kocherlakota or I write these sorts of posts for Bloomberg View, they are rightfully called "op-eds".

Lay readers know when they're being talked down to. They know the difference between theory and fact. They have learned, through long decades of painful experience, to be extremely leery, even dismissive, of economists' pronouncements. There's a reason the profession's prestige has been falling in recent years. When many people read EconoFact, their skeptical defenses against economist overconfidence will immediately be triggered.

Economists need to understand this, and to change their approach. Some economists seem to think that lay readers are either so dumb or so ignorant that they just need to be spoonfed the "facts" by smart, well-informed EconoSages. This is why some economists keep making condescendingly simple arguments for free trade, while discussing modern theories and empirical evidence only behind closed doors. But as a publicizer and explainer of economics, I have found that lay readers tend to be very smart, and that many of them can grasp most empirical results or theoretical arguments relatively quickly. Econ has a lot less esoteric, hidden knowledge than its practitioners like to think.

Therefore, the publishers of EconoFact should change the site's format. Just make it a regular econ blog. Stop throwing around the word "fact" unless what you're dishing out are actually facts. Ditch the humblebrag mission statement about "just the facts", and say the truth, which is that you're trying to bring econ research and ideas to the public debate. And encourage the contributors to put in appropriate caveats and qualifications. Otherwise, you'll probably just drive people away from the idea that economists know any facts at all, and exacerbate the problem of the post-truth world.
Author: Noah Smith Posted at 5:47 PM