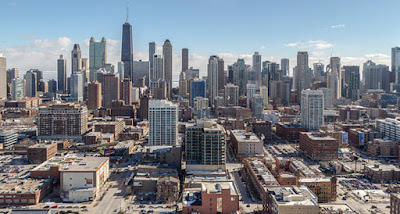 Will Wilkinson, one of the greatest essayists working today, has a wonderful article in the Washington Post about two competing visions of America - one cosmopolitan and polyracial, the other exclusive and insular. Here are some great excerpts:


[Trump] connected with these voters by tracing their economic decline and their fading cultural cachet to the same cause: traitorous “coastal elites” who sold their jobs to the Chinese while allowing America’s cities to become dystopian Babels, rife with dark-skinned danger — Mexican rapists, Muslim terrorists, “inner cities” plagued by black violence. He intimated that the chaos would spread to their exurbs and hamlets if he wasn’t elected to stop it...

To advance his administration’s agenda, with its protectionism and cultural nationalism, Trump needs to spread the notion that the polyglot metropolis is a dangerous failure...

Suppose you think the United States — maybe even all Western civilization — will fall if the U.S. population ever becomes as diverse as Denver’s. You are going to want to reduce the foreign-born population as quickly as possible, and by any means necessary. You’ll deport the deportable with brutal alacrity, squeeze legal immigration to a trickle, bar those with “incompatible” religions.

But to prop up political demand for this sort of ethnic-cleansing program — what else can you call it? — it’s crucial to get enough of the public to believe that America’s diversity is a dangerous mistake.

I think this is all pretty much true. Though this might be Bannon's strategy - or an accidental strategy - more than Trump's explicit idea; Trump himself probably mostly just knows things he remembers from the 1980s, when America's big cities really were mostly failing, crime-ridden places.

But though I agree with Will's overall message - and his call for an inclusive definition of American-ness - I think he glosses over a few important things.

First, it's not really cities that are doing well, but certain kinds of cities, suburbs, and towns. It's really the places with high levels of human capital. To understand the real pattern, read Enrico Moretti's The New Geography of Jobs. The engineer-heavy suburbs of Fremont or Milpitas are doing great, as are college towns like Ann Arbor and Gainesville. Meanwhile, big cities like Baltimore and St. Louis are still stagnating and crime-ridden, while others such as Detroit and Cleveland have only just now started climbing up out of their Rust Belt doldrums. It's not city vs. country, it's innovation hubs vs. old-economy legacy towns.

Also, Will depicts cities as diverse, tolerant places. That's true in some ways - you're not going to become a tech hub without a bunch of engineers from India and China, and people who live in cities do tend to develop more cosmopolitan attitudes. But in some important ways the picture is wrong. Many American cities remain extremely segregated, especially between black residents and others. Chicago is a thriving, diverse, fun, relatively safe metropolis - unless you go to the poor black areas, in which case you're in "Chiraq". New York is a pretty great place to live whether you're a poor person in the Bronx or a rich person on the Upper East Side; Chicago is a totally a different experience depending on whether you're white/Asian/Hispanic person living in the north, or a black person living in the south of town.

By Nate Silver's measure, the most segregated cities in America include places like Chicago, Milwaukee, Philadelphia, St. Louis, Baltimore, and Cleveland. Those are precisely the places that are having the most difficulty adapting to the new, innovation-based economy. And those tend to be the places where crime rates have rebounded to their early 1990s highs, or never really fell in the first place.

So I'd focus less on the urban-suburban-rural distinction, and more on the division between new economy and old.


Honduran cooks in Chicago, Iranian engineers in Seattle, Chinese cardiologists in Atlanta, their children and grandchildren, all of them, are bedrock members of the American community. There is no “us” that excludes them. There is no American national identity apart from the dynamic hybrid culture we have always been creating together. America’s big cities accept this and grow healthier and more productive by the day, while the rest of the country does not accept this, and struggles.

In a multicultural country like ours, an inclusive national identity makes solidarity possible. An exclusive, nostalgic national identity acts like a cancer in the body politic, eating away at the bonds of affinity and cooperation that hold our interests together.

That's exactly the message we need to be repeating. It's the only thing that can hold this country together. Either America succeeds as a polyracial nation, or it doesn't succeed at all.
Author: Noah Smith Posted at 4:10 PM