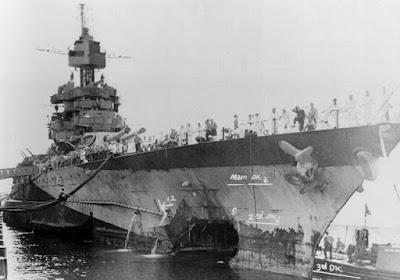 I really like this defense of macroeconomics by Ricardo Reis. He makes it clear that he's sort of playing devil's advocate here:


While preparing for this article, I read many of the recent essays on macroeconomics and its future. I agree with much of what is in them, and benefit from having other people reflect about economists and the progress in the field. But to join a debate on what is wrong with economics by adding what is wronger with economics is not terribly useful. In turn, it would have been easy to share my thoughts on how macroeconomic research should change, which is, unsurprisingly, in the direction of my own research. I could have insisted that macroeconomics has over-relied on rational expectations even though there are at least a couple of well developed, tractable, and disciplined alternatives. I could have pleaded for research on fiscal policy to move away from the over-study of what was the spending of the past (purchases) and to focus instead on the spending that actually dominates the government budget today (transfers). Going more methodological, I could have elaborated on my decade-long frustration dealing with editors and journals that insist that one needs a model to look at data, which is only true in a redundant and meaningless way and leads to the dismissal of too many interesting statistics while wasting time on irrelevant theories. However, while easy, this would not lead to a proper debate.

Reis goes on to defend academic macro from some of the main recent criticisms, including:


He gives a sampling of 8 job market papers by recent highly successful job market candidates, and a sampling of recent articles in the Journal of Monetary Economics. This actually seems like a pretty stringent test of the criticisms to me - job market papers are probably weighted toward theory, for signaling purposes, while the JME has a reputation as a very (small-c) conservative macro journal.

But as Reis shows, modern macro papers generally don't fit the caricature described above. There's lots of heterogeneity in the models, a fair amount of attention to inequality and distributional concerns, plenty of finance, and lots and lots of data.

Reis is right; a lot of these criticisms are now out of date. That doesn't mean they were never right, though. There was a time when macro models mostly did use representative agents, when financial sectors were rarely modeled, and when calibration served as the only empirical test of many models. The point is not that the critics were full of it, but that macroeconomists were aware of the problems and moved their field in the direction it needed to go. Macro is a dynamic field, not a hidebound one.

And Reis himself shows that macroeconomists - at least, many of them - know of a number of areas where the field still needs to improve. He wants to move away from exclusive reliance on rational expectations, and stop forcing authors to stick in theory sections when they're not really needed.

This all sounds great to me. Personally, I'm particularly happy about the increase in "micro-focused macro". Arlene Wong's JMP, which Reis references, is a great example of this. Very cool stuff. Basically, finding out more micro facts about the effects of business cycles will help guide new theories and (ideally) discipline old ones.

But one problem still nags at me, which Reis doesn't really address. Why didn't macro address some of these problems earlier - i.e., before the crisis? For example, why was finance so ignored? Sure, there were some macro models out there that included finance - even a few prominent ones - but most researchers modeling the business cycle didn't feel a need to put financial sectors in their models. Another example is the zero lower bound, and its importance for monetary policy. A few macroeconomists were definitely clued into this years before the crisis, but they seem to have been a less-influential minority, mostly confined to international macro. In the runup to the crisis, macro researchers were generally not sounding the alarm about the danger from financial shocks, and after the recession hit and rates went to zero, many leading macroeconomists still dismissed the idea of fiscal stimulus.

Fixing problems quickly is great, but it's also important to ask why the problems were there in the first place.

I don't know how true that story is. But I do think there's another potential explanation that's much more about methodology and less about personalities. One thing I still notice about macro, including the papers Reis cites, is the continued proliferation of models. Almost every macro paper has a theory section. Because it takes more than one empirical paper to properly test a theory, this means that theories are being created in macro at a far greater rate than they can be tested.

That seems like a problem to me. If you have an infinite collection of models sitting on the shelves, how does theory inform policy? If policy advisers have an endless list of models to choose from, how do they pick which one to use? It seems like a lot of the time it'll come down to personal preference, intuition, or even ideology. A psychologist once joked that "theories are like toothbrushes...everyone has one, and nobody wants to use anyone else's." A lot of times macro seems like that. Paul Pfleiderer calls this the "chameleon" problem.

It seems to me that if you want to make a field truly empirical, you don't just need to look at data - you need to use data to toss out models, and model elements like the Euler equation. Reis' suggestion that journal editors stop forcing young authors to "waste time on irrelevant theories" seems like one very good way to reduce the problem of model proliferation. But I also think macro people in general could stand to be more proactive about using new data to critically reexamine canonical assumptions (and a few do seem to be doing this, so I'm encouraged). That seems like it'll raise the chances that the macro consensus gets the next crisis right before it happens, rather than after.
Author: Noah Smith Posted at 2:54 PM