When rationalists remade the world 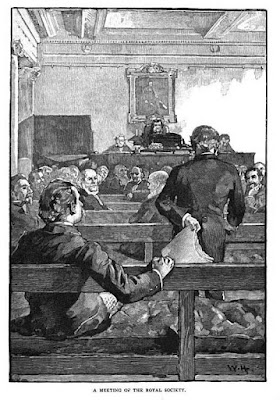 Defending the "rationalist" community from its most recent crop of assailants, Scott Alexander writes:


There have been past paradigms for which...criticisms [of rationality] are pretty fair. I think especially of the late-19th/early-20th century Progressive movement. Sidney and Beatrice Webb, Le Corbusier, George Bernard Shaw, Marx and the Soviets, the Behaviorists, and all the rest. Even the early days of our own movement on Overcoming Bias and Less Wrong had a lot of this.

But notice [I posted] links...to book reviews, by me, of books studying those people and how they went wrong. So consider the possibility that the rationalist community has a plan somewhat more interesting than just “remain blissfully unaware of past failures and continue to repeat them again and again”...

Look. I’m the last person who’s going to deny that the road we’re on is littered with the skulls of the people who tried to do this before us. But we’ve noticed the skulls. We’ve looked at the creepy skull pyramids and thought “huh, better try to do the opposite of what those guys did”.

This is good (though I think the Progressives did pretty darn well). But I think it's important to realize that rationalism's history is also full of startling, dramatic successes. It isn't all skulls. There are also...whatever positive metaphor-thing is the opposite of skulls. It's hard to know what changes the course of the human race, but there are cases where there's a good argument to be made that rationalist communities changed the course of the human race.

The most important example, of course, is the Royal Society in 17th and 18th century Britain. which included many of the first modern scientists, and laid the foundation for most of modern science. It included people like Robert Hooke and Robert Boyle, and of course Isaac Newton. A basic high school mechanics course is just a rehash of what these people discovered.

The Royal Society were not specialists buried deep within highly focused academic departments, but generalists - "natural philosophers", in an age when "scientist" wasn't yet a job description. Newton spent years writing about theology and served as master of the Royal Mint. Hooke investigated optics and gases, but also studied fossils and wrote about evolution. Etc. They were just a bunch of smart folks who liked to think about things. They weren't always friends - Newton and Hooke famously didn't get along - but they had a rationalist approach, powered by constant discussion and exchange of ideas.

And the Royal Society can be seen as part of a larger, longer-term European rationalist community. Johannes Kepler, Galileo Galilei, Rene Descartes, Francis Bacon, and Gottfried Leibniz are just a few other generalists who wrote letters and articles propounding some form of the new rationalist philosophy that swept over the European continent from the late 1500s through the 1700s.

A second example, fairly close in time and place to the first, was the Scottish Enlightenment. A relatively small group of Scottish people based in Edinburgh and Glasgow came up with many of the social and political philosophies upon which the modern world is based. These included Henry Home (Lord Kames), Adam Smith, and David Hume. They went over to each other's houses and had drunked debates all in Latin, and formed a club called the Select Society that eventually gave birth to the Edinburgh Review. All were intellectual generalists, not specialists, and their way of thinking bears the unmistakable mark of rationalism. (Sadly, it doesn't seem Lord Kames and Thomas Bayes had any significant contact, though they went to the same university at the same time.)

A third example is Meirokusha, a philosophical society in Meiji Japan. The most famous member of Meirokusha was Fukuzawa Yukichi, who founded Keio University and is now on the 10,000-yen bill (similar to the $100, which is funny, because Fukuzawa is similar to Ben Franklin). The Meirokusha tasked themselves with figuring out what kind of society Japan should be, in the turbulent years following the country's emergence from international isolation. Some of them favored Confucianism, and others favored Western political and social philosophy, but all were well-versed in both, and most had lived overseas. It even had an American member, William Elliot Griffis.

Meirokusha tried publishing a magazine, but the authorities of the time shut it down. But the society's members had a very large and lasting influence on the direction of Japan's development. Fukuzawa was known as a proponent of a strong educational system and aggressive import of foreign ideas and technology. Those ideas are clearly visible as the foundations of Japan's approach to modernization. He also advocated a moral philosophy of individualism and self-reliance. I know less about the other Meirokusha members; I should learn more, since people regard them as highly influential.

So there are three examples of historical communities that seem very rationalist, and which changed the world in (I would argue) mostly positive ways. They may not have tried to use Bayesian reasoning, but their approaches were all recognizably rationalist in nature. They were generalists, who collaborated mostly out of pure intellectual curiosity rather than for money. Their interactions were characterized by lively, occasionally acrimonious debate, but always with the goal of understanding the world better.

In other words, it's not all skulls out there. I don't know what mark, if any, the modern "rationalist" community will leave on the world, or whether it'll even prove to be the most important rationalist community out there today. But I do think the idea of such a community is a good one.
Author: Noah Smith Posted at 12:43 PM