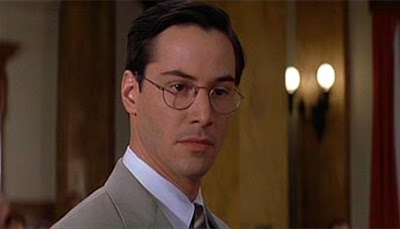 Scott Alexander has a post with some pretty spectacular smackdowns of Silicon Valley's more exuberant critics. Some excerpts:


While Deadspin was busy calling Silicon Valley “awful nightmare trash parasites”, my girlfriend in Silicon Valley was working for a company developing a structured-light optical engine to manipulate single cells and speed up high-precision biological research.

While FastCoDesign was busy calling Juicero “a symbol of the Silicon Valley class designing for its own, insular problems,” a bunch of my friends in Silicon Valley were working for Wave, a company that helps immigrants send remittances to their families in East Africa..

While Freddie deBoer was busy arguing that Silicon Valley companies “siphon money from the desperate throngs back to the employers who will use them up and throw them aside like a discarded Juicero bag and, of course, to themselves and their shareholders. That’s it. That’s all they are. That’s all they do”, Silicon Valley companies were busy inventing cultured meat products that could end factory farming and save millions of animals from horrendous suffering while also helping the environment.

Alexander then goes on to look at a bunch of venture-funded startups, and concludes that most of them are either run-of-the-mill computer-related businesses, or idealistic save-the-world type of stuff, not goofy overpriced trinkets.

Alexander's post is an entertaining and timely reminder that most of the tech industry's more ardent critics are probably just using the Valley as a misplaced whipping boy for their general frustration at the larger problems of the American economy. When you live in daily fear of losing your $40,000/year job, skate on the verge of bankruptcy from overpriced medical bills, lose your house to a bailed-out bank, and realize every day that you make less than your parents did, seeing some high-flying computer whiz getting handed $10 million or $50 million seems to just rub salt on the wounds. (Also, Silicon Valley badboy Peter Thiel sued Gawker out of existence, so Gawker-derived outlets like Gizmodo and Deadspin may have a bit of a chip on their shoulder about that.)

Alexander's post asks the right question, which is "What could Silicon Valley be doing to make the world better, that it's not currently doing?" The answer is: Probably not a lot. There are a few excesses here and there, but by and large, these are just people doing the best they can, trying to both make a buck and make the world a better place. They just happen to have gotten luckier than most over the last few years.

The American public, unlike the writers Alexander spotlights, believes in the tech industry. Gallup tracks the favorability ratings of U.S. industries. The "computer industry" is the second most favorable (behind restaurants), with an enormous positive-minus-negative gap of 53 points, and the "internet industry" comes in at #7 with a positive-minus-negative of 29 points. This stands in stark contrast to pharmaceuticals and health care, both of which garner significantly negative ratings.

In other words, angry Gawker writers and pugilistic lefty bloggers to the contrary, most Americans love the heck out of tech. But OK, just to play devil's advocate, suppose we did want to criticize Silicon Valley and not end up looking foolish. What would actually non-silly criticisms look like? Here are some candidates:

I haven't worked in the tech industry, so I can't speak to this personally. Female friends' anecdotes range from "Oh my God, it's so sexist" to "I don't really see any sexism". And my male friends in the industry - who are, of course, a highly selected set - almost all try to go out of their way to create a supportive, inclusive, fair environment for women. But it's hard to deny that at some companies like Uber, there is a pervasive culture of sexism. And surveys say that sexism is still fairly common in the industry, though not overwhelmingly so. Since employment at the less sexist companies is limited, that means if you're a woman looking to work in tech, there's a good chance you're going to be forced to take a job at one of the more sexist ones, and endure unwanted sexual advances, lack of promotion, casual slights regarding your technical competence, etc. Female founders also probably have extra difficulty getting funding.

How could Silicon Valley mitigate this problem? One way is for non-sexist tech industry leaders to speak out more aggressively against workplace sexism. Just let everyone know it isn't OK. Another way is for venture capitalists to hire more women (some are doing this already). But I suspect that a lot of the change will have to come from big established companies like Google, Apple and Amazon. Big institutions are probably better at creating female-friendly cultures, are more susceptible to public pressure, and have a larger profit cushion to allow them to make deep organizational changes. 10-person startups are too busy trying to survive the month to examine their gender attitudes, and closely held behemoths like Uber are generally less transparent and accountable than their public counterparts. So I expect the big public companies to lead the way.


2. Silicon Valley is late coming out with the Next Big Thing.

Tech venture financing is a hit-driven business - a few big wins make up all of the returns. VC funding is tiny compared to private equity or hedge funds - a few tens of billions per year - but three out of five big companies got their start with venture financing.

But it's noticeable that really huge successes, at least as measured by stock performance, seem rare in recent years. Facebook seems like the last really successful behemoth to come out of the Valley and it went public five years ago. Twitter's stock is down by half since its IPO more than 3 years ago, it hasn't managed to branch out beyond its core product, and it remains plagued by Nazis and bots. LinkedIn did well in the markets but was acquired last year by Microsoft. Stuff like Groupon and Zynga flamed out.

Meanwhile, the current crop of behemoth candidates seem like they could be on shaky ground. Uber, despite being valued in the tens of billions in private markets, still hasn't made any money, and if its pricing power doesn't improve it might never turn a profit; meanwhile, it's plagued by scandals, dysfunction, and an exodus of talent. Snap doesn't seem to be very ambitious as a company, and might already be getting outcompeted by Facebook even as it continues to lose money. The only real contenders for post-Facebook behemoths seem to be Netflix, which actually went public long before FB and only recently became an entertainment giant, and Tesla, whose long-term success remains to be seen.

This doesn't mean VCs themselves aren't making good returns. How much money venture funds are making depends on how you measure it, and is often something that isn't known til years after the fact. A VC fund's return on any company depends not just on where the company ends up, but on how much the VC paid for it.

But it's possible that the frontiers of technology are shifting toward capital-intensive things that favor large established players with deep pockets and long investment horizons. Machine learning, for example, might favor big companies with lots of data over plucky startups in their garages. If that's true, it would mean that tech is becoming a more mature, sedate industry - at least for now.

Anyway, I guess this only sort of counts as a "criticism", since if this is true there's not much anyone can do. Also, it was 8 years between Google's IPO and Facebook's, and 7 years between Amazon's and Google's, so I'd give it at least a few more years before we get impatient.

In the tech industry, there's a culture of not criticizing anyone publicly. I like that culture, but I'm not part of it, so I'm free to say that Silicon Valley badboy Peter Thiel looks like a bad guy. I'm kind of neutral on the Thiel vs. Gawker war - Gawker definitely had it coming, but having rich people be able to sue newspapers out of existence due to personal feuds seems like a scary precedent. But Thiel's support of Trump, his habit of making a buck off of government surveillance, and his promotion of nasty political ideas combine to make him the closest thing America has to a comic-book evil mastermind. Thiel's sort-of-reactionary ideas are confined to a small minority of techies, but the Valley's friendly culture means that even those who disagree with him are out there publicly singing his praises. I certainly wouldn't mind if tech industry people got more vocal about disagreeing with Thiel's values.


4. Silicon Valley is too blase about disruption.

Economists are rapidly learning they were wrong about something big - the economy is not as flexible and dynamic as many had assumed. People who lose their careers, to globalization or automation or regulation or whatever, often never find anything as good. Retraining has proven to be much harder than economists had hoped. Americans are moving less, too. Basically, a lot of people who lose their career jobs have crappy lives forever after.

It's not clear what Silicon Valley companies could do about this problem. If the frontiers of technology are shifting from things that complement human skills to things that substitute for human skills, or if technology is widening the skills gap and making inequality worse, it's not clear whether the boardroom decisions of Google, Amazon, etc. can do anything to alter that trend. No one really knows how much of tech progress is intentional, and how much just sort of happens automatically.

But it would be nice to see big tech companies actually worrying about this out loud. So far - and this is based on anecdote - there seems to be a general presumption in the tech industry that displaced workers will just find something better to do. It would be nice to see tech execs grapple more explicitly with the emerging realization that many displaced workers will in fact not find something better to do, but will sink into a lifetime of low-paid service work, government welfare, and unhealthy behavior.

Even if tech companies can't actually do anything about this problem, it would be nice to see more acknowledgment that the problem is real and significant.

Venture financing is falling, indicating that some of the enthusiasm of 2013-2015 might have been overdone. But even if this continue, and tech has a bust, this is just not that worrying. Even if tech startups turn out to be overvalued, it represents almost zero danger to the U.S. economy or financial system. The dollar amounts are small, and stock in closely held tech companies is not a big percentage of any normal person's wealth. If a bunch of unicorns go bust, the vast bulk of the pain will be felt by tech workers and investors themselves, not by the broader public. So this criticism, while potentially true, is just not that big a deal.


There, you have my list of potentially valid critiques of Silicon Valley. Notice that this is pretty weak tea. #2 might not be anything the Valley could change at all, #5 is no biggie, and #3 and #4 are mostly just a matter of optics. Only #1 represents anything real and substantive that the tech industry could definitely be doing differently. All in all, Silicon Valley represents one of the least objectionable, most rightfully respected institutions in America today.
Author: Noah Smith Posted at 1:23 PM