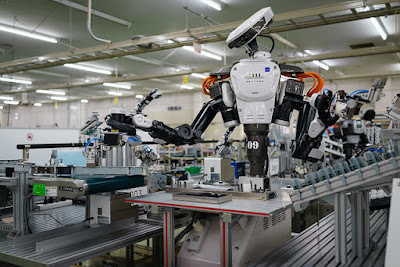 I recently had the pleasure of appearing on the a16z podcast (a16z stands for Andreessen Horowitz, the venture capital firm). The topic was free trade, and the other guest was Russ Roberts of EconTalk.

Russ is known for making the orthodox case for free trade, and I've expressed some skepticism and reservations, so it seemed to me that my role in this podcast was to be the trade skeptic. So I thought of three reasons why pure, simple free trade might not be the optimal approach.


Reason 1: Cheap labor as a substitute for automation

Getting companies and inventors to innovate is really, really hard. Basically, no one ever captures the full monetary benefit of their innovations, so society relies on a series of kludges and awkward second-best solutions to incentivize innovative activity.

One of the ideas that has always fascinated me is the notion that cheap labor reduces the incentive for labor-saving innovation. This is the Robert Allen theory of the Industrial Revolution - high wages and cheap capital forced British businesspeople to start using machines, which then opened up a bonanza of innovation. It also pops up in a few econ models from time to time.

I've written about this idea in the context of minimum wage policy, but you can also apply it to trade. In the 00s, U.S. manufacturing employment suddenly fell off a cliff, but after about 2003 or so manufacturing productivity growth slowed down (despite the fact that you might expect it to accelerate as less productive workers were laid off first). That might mean that the huge dump of cheap Chinese labor onto the world market caused rich-world businesses to slack off on automation.

That could be an argument for limiting the pace at which rich countries open up trade with poor ones. Of course, even if true, this would be a pretty roundabout way of getting innovation, and totally ignores the well-being of the people in the poor country.

Also, this argument is more about the past than the future. China's unit labor costs have risen to the point where the global cheap labor boom is effectively over (since no other country or region is emerging to take China's place as a high-productivity cheap manufacturing base).

This is the trade-skeptic case that everyone is waking up to now, thanks to Autor, Dorn and Hanson. The economy seems to have trouble adjusting to really big rapid trade shocks, and lots of workers can end up permanently hurt.

Again, though, this is an argument about the past, not the future. The China Shock is over and done, and probably won't be replicated within our lifetime. So this consideration shouldn't affect our trade policy much going forward.

This is another productivity-based argument. It's essentially the Dani Rodrik argument for industrial policy for developing countries, adapted to rich countries. There is some evidence that when companies start exporting, their productivity goes up, implying that the well-known correlation between exports and productivity isn't just a selection effect.

So basically, there's a case to be made that export promotion - which represents a deviation from classic free trade - nudges companies to enter international markets where they then have to compete harder than before, incentivizing them to raise their productivity levels over time. That could mean innovating more, or it could just mean boosting operational efficiency to meet international standards.

This is the only real argument against free trade that's about the future rather than the past. If export promotion is a good idea, then it's still a good idea even though the China Shock is over. I would like to see more efforts by the U.S. to nudge domestically focused companies to compete in world markets. It might not work, but it's worth a try.


Anyway, that's my side of the story. Russ obviously had a lot to say as well. So if you feel like listening to our mellifluous voices for 38 minutes, head on over to the a16z website and listen to the podcast! And thanks to Sonal Chokshi for interviewing us and doing the editing.
Author: Noah Smith Posted at 2:31 PM