A proposal for an Alternative Green New Deal 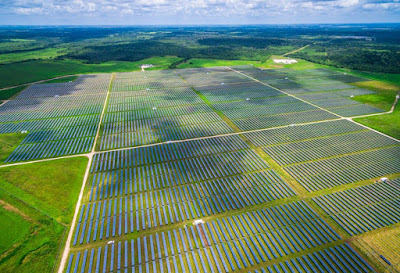 Usually, Bloomberg Opinion understandably does not want me to repost my Bloomberg articles at this blog. But they made an exception for my Alternative Green New Deal plan. So here it is.


The planet is in grave danger from climate change. No reasonable person can doubt this fact. Drastic and immediate action is needed to reduce global carbon emissions.
But that doesn’t mean that any sort of drastic action is a good one. The Green New Deal, proposed by Representative Alexandria Ocasio-Cortez, has two big flaws. First, the plan overreaches in its desire to deliver a raft of expensive new entitlements — guaranteed jobs, benefits, health care, housing, education, income and more. If the large deficits required to pay for all of these things ended up harming the economy, it would actually hurt the cause of limiting climate change rather than help it. Second, the plan focuses far too much on the U.S.’s own carbon emissions. The U.S. accounts for only about 14 percent of global carbon output, and that percent is falling every day. The climate change battle will be won or lost in developing countries such as China: 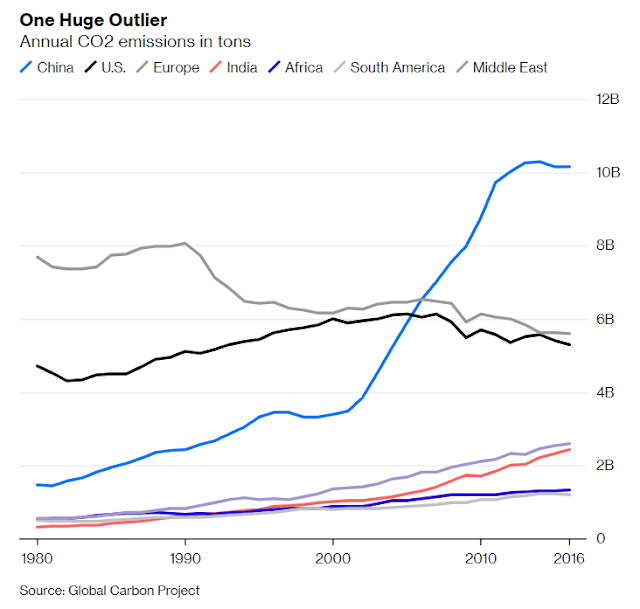 So I propose an alternative Green New Deal, which would focus on actually defeating climate change. Some of the proposals here are included in the Green New Deal resolution; some are not.The first pillar of an alternative Green New Deal would be green technology. If the U.S. can discover cheap ways of manufacturing cement and concrete without carbon emissions, and of reducing emissions from agriculture, it will give developing countries a way to reduce carbon output without threatening their economic growth. To this end, the U.S. should pour money into research. The budget of ARPA-E, the agency charged with leading this research, should be increased from about $300 million to $30 billion per year.
The second way to move green technology forward is to encourage the scaling of these technologies. As companies build more solar power, batteries, smart grids, low-carbon building retrofit kits and other green technologies, the costs go down. To that end, the government should provide large subsidies to green-energy companies, including solar power, batteries and electric cars, as well as mandating the replacement of fossil-fuel plants with zero-carbon plants.
Infrastructure spending is also important. The original Green New Deal’s goal of building a smart electrical grid is a good one, as is the idea to retrofit American buildings to have net zero emissions.
Technologies developed in the U.S. need to spread quickly to other countries. All ARPA-E breakthroughs should be freely transferred to other countries, through the offices of the United Nations Framework Convention on Climate Change or other agencies. Subsidies should be increased for companies that export their emissions-reducing products. The plan should also include offers of favorable trade relations for countries that reduce their use of fossil fuels, as well as tariffs on the carbon content of imported goods.
An alternative Green New Deal should also provide incentives for higher density in urban areas, since sprawl contributes to emissions. It shouldn’t require the decommissioning of nuclear plants. It should also implement a carbon tax, something now missing from the plan. This would encourage factories to reduce carbon output, to encourage air and sea travel to search for lower-carbon alternatives and to address various other sources of emissions.

In addition, an alternative Green New Deal should include proposals to make sure as little as possible of the costs of the transition fall on the economically vulnerable. Government infrastructure and retrofitting projects will naturally create many green jobs. The proceeds of a carbon tax can be rebated to low-income Americans, either as a carbon dividend, or through earned income tax credits, child tax credits, food stamps, housing vouchers and income support for the elderly and disabled. These policies combine the goals of fighting climate change and supporting the poor and working class.
In order to sweeten the deal politically, an Alternative Green New Deal should also include some economic policies that aren’t directly related to climate change — but make sure these are things that should be done anyway, and which won’t break the bank. Universal health insurance, which would free employees to move from job to job, as well as giving the government power to negotiate lower health-care prices, should be included. Increased spending on public universities and trade schools in exchange for tuition reductions, and grants to help lower-income students pay for these schools, would help increase educational attainment without being too costly.
Finally, an alternative Green New Deal should involve progressive taxes, both to raise revenue for the spending increases and to let the nation know that the well-off are shouldering more of the burden. Wealth taxes and inheritance taxes are good ideas. Income taxes should also go up, not just on the super rich, but on the affluent and the upper-middle class as well. And most importantly, capital gains and dividends should be treated as ordinary income, which would increase the tax rate actually paid by the wealthy.
This alternative Green New Deal has similarities to Ocasio-Cortez’s version, but also has key differences. By focusing on technological development and international assistance, it would tackle the all-important problem of global emissions. By avoiding huge open-ended commitments like a federal job guarantee or universal basic income, and by including progressive tax increases, it would avoid the threat of excessive budget deficits. Ultimately, this plan would represent the U.S.’s best shot at fighting the looming global menace of climate change while also making the country more egalitarian in a safe and sustainable way. It would be a worthy successor to the original New Deal.
Author: Noah Smith Posted at 7:09 PM