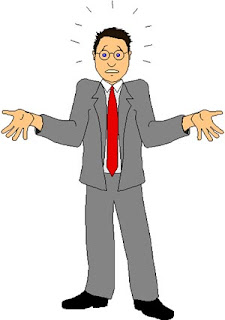 "Experts have their expert fun / ex cathedra, telling one / just how nothing can be done."  - Piet Hein
First, a disclaimer: I have not read Tyler Cowen's e-book The Great Stagnation, and - unless somebody decides to pay me to read it - I have no plan to do so. But, based on having read a bunch of reviews of the book, as well as Cowen's own summary of the ideas contained therein, I think I have a pretty good idea of what it's about, and I don't think I'm making a huge mistake by skipping it. Economists may be in the business of telling bedtime stories, but not all stories are created equal.
Cowen's main thesis is that the stagnation in American median income over the past few decades is due to a failure of technological innovation. Scientists and engineers, he claims, are just not inventing useful stuff fast enough to raise our standard of living. The reason is that we've already picked all of the Universe's "low-hanging fruit":

Most well-off countries have experienced income growth slowdowns since the early 1970s, so it would seem that a single cause is transcending national borders: the reaching of a technological plateau. The numbers suggest that for almost 40 years, we’ve had near-universal dissemination of the major innovations stemming from the Industrial Revolution, many of which combined efficient machines with potent fossil fuels. Today, no huge improvement for the automobile or airplane is in sight...

Although America produces plenty of innovations, most are not geared toward significantly raising the average standard of living. It seems that we are coming up with ideas that benefit relatively small numbers of people, compared with the broad-based advances of earlier decades, when the modern world was put into place. If pre-1973 growth rates had continued, for example, median family income in the United States would now be more than $90,000, as opposed to its current range of around $50,000.

There are plenty of things wrong with this thesis. The first, as some have pointed out, is that Americans' average standard of living (as opposed to the median) has continued rising steadily since '73. Check out this graph of U.S. real per capita GDP from 1870 through 2008:

Can you see a slowdown since 1973? I can't. The per capita picture is no different. If technology represents our economy's ability to produce stuff that people will pay for, then technology has not stagnated since the 70s.*
What has happened is that average income and median income have diverged, as inequality has increased. Cowen attempts to sneak around this point by saying that, well, yes, actually innovation did continue, but the recent innovations have just happened to be things that benefit only a small subset of the population. (I guess this is kind of a hand-waving version of the theory of skill-biased technological change.)
There's only one problem with this little caveat: it totally demolishes the plausibility of Cowen's "low-hanging fruit" idea. Why should inventions that benefit the masses be easier to come up with than things that help only the elite? I can't think of a reason why this should be the case. If Cowen knows such a reason, he doesn't mention it in his articles or blog posts.

So we're left with...a circular argument. How do we know that mass-benefit innovation has slowed? Only because median income has stagnated. So why has median income stagnated? Well, because mass-benefit innovation has slowed, of course!
Seriously??
In fact, in making claims about the rate of innovation, Cowen was always on shaky ground, because the consumption benefits of innovation are notoriously hard to measure. I'll outsource this argument to Stephen Williamson, who lists a bunch of ways that life for the common person has improved since the 60s, and to Ryan Avent, who points out that innovation can lower the prices of things to the point where it's hard to measure their value. Both are excellent, insightful posts.
But instead of rehashing their arguments, I want to go on to point out something about Tyler Cowen and the stories he tells about the economy.
Recall that Cowen's last big idea was "zero-marginal-product workers" - the idea that even though all people are smart enough to be perfectly rational economic calculators capable of handling infinite amounts of data (as they must be if labor markets are to function frictionlessly), unemployed workers are nevertheless too useless to be paid to spread cream cheese on a bagel. Hmm. The idea that our economic woes are caused by stagnating innovation seems downright reasonable in comparison!
But the two ideas have something big in common. They both imply that our economic problems are purely exogenous - that they are, in essence, acts of God. The implication is that we - meaning our collective use of economic policy through the government - are profoundly helpless to do anything to boost median income growth, and that therefore we should not even try:

Sooner or later, new technological revolutions will occur, perhaps in the biosciences, through genome sequencing, or in energy production, through viable solar power, for example. But these transformations won’t come overnight, and we’ll have to make do in the meantime...In the narrow sense, the solution to the stagnation of median income will not be a political one...Until science has a greater impact again on average daily living standards, the political problem will be in learning to live within our means.

So, no stimulus or quantitative easing to boost growth. No new spending on public goods like roads or research. Forget about the fact that most of the major innovations of the 20th century either had their roots in government-funded research, or depended heavily on government-funded infrastructure.
I am just going to go out on a limb here and guess that Cowen's willingness to embrace "Act of God" Economics is in some way related to his well-known and oft-reaffirmed libertarian ideology. When you believe deep down that government can't be the solution, you tend to look for reasons why problems are cosmic in nature.

But come on...can't libertarian economists do better than this**? Just looking at income growth, relabeling it "technology," saying "Well, that's that!" and going home at noon? That strategy was bad enough when the Real Business Cycle people tried it to explain recessions...but as an explanation for the divergence in income between the rich and the middle class, it starts to just look like whistling in the dark.

* Total factor productivity, a quantity economists often use to measure technology's total contribution to production, did slow down in the late 70s and much of the 80s, but has boomed since the early 90s, even as median income has grown more and more slowly.

** This seems to be a common refrain in my posts of late.
Author: Noah Smith Posted at 4:54 PM