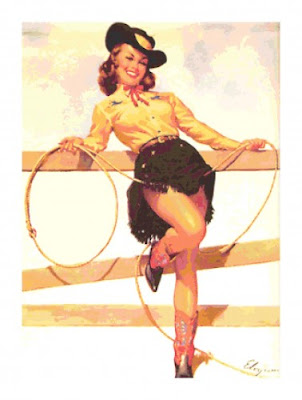 1. Matt Yglesias thinks that Obama's new focus on manufacturing is total bunk. Mark Thoma, who had long held a similar position, is starting to be convinced otherwise. Note that Matt's piece is also interesting because it contains the assertion that all private R&D spending is waste!

2. If you had any doubts that monetary policy is hopelessly politicized, read all about Luigi Zingales. Very depressing. This, children, is why NGDP targeting will not happen. And this is why Fed promises to keep interest rates low for a long time are not as believable - and hence not as effective - as they should be. See also: Narayana Kocherlakota.

3. Ezra Klein digs around and discovers that a large portion - maybe more than half! - of people who have dropped out of the labor force since the recession began are simply Baby Boomers who have retired early. These workers are not coming back to the labor force, no matter what policy steps we take. Thus, using the employment-to-population ratio as the "true" measure of unemployment - as many often do - might not be the best metric to measure the recovery. (Update: Commenter Absalon notes that the graph used in the Paul Krugman post I linked to actually only goes up to age 54, meaning that it doesn't include many early retirees. So my last sentence doesn't apply! But the early retirement phenomenon still means that this recession may have caused a permanent shift in GDP, simply because of the demographic structure of the Baby Boom.)

4. JW Mason takes on the idea that low interest rates caused the financial crisis. I think he makes some errors, but he definitely makes some good points.

6. Tyler Cowen reads a 2002 paper by Chang-Tai Hsieh and concludes that Singapore had much higher TFP growth during its high-growth period than people generally believe. I had read this paper long ago, and was convinced that it was right. However, Tyler then links to this recent John Fernald paper that does the calculation even more carefully and concludes that no, Singapore's TFP growth really was low. Now I'm kind of convinced Fernald is right. Conclusion: I am easily convinced of things.

7. Bryan Caplan thinks that good-and-evil "-ism" labels are a good thing, because they help people organize their thoughts and arguments. Will Wilkinson retorts that no, labels force people into accepting package-deal ideologies. Although Caplan makes a good point, I'm going to have to award the victory to Wilkinson here. Reason: Name some common words that end in "-ism". See my point?

8. Via David Andolfatto, a piece on institutional constraints on bank lending. It ain't just about interest rates!

9. Dwight Garner of the New York Times takes issue with Tyler Cowen's assertion that "technology and business are a big part of what makes the world gentle and fun." Of course, Tyler is right - technology and business make societies rich, and rich people are less violent and have more fun. But this is not something that most people have thought about a lot, and so to these people the line probably sounds a bit...um...out to lunch. Just another case of economists refusing to calibrate their speech patterns to the preconceptions of the general public...

10. Robert Waldmann lays the capstone on the Great Microfoundations Blogwar. No, I don't know what the heck a capstone is, or why it is laid last. But I've only ever missed one question on the verbal section of a standardized test, so nyaah.

11. Barkley Rosser pulpifies Robert Samuelson. This is not difficult; Robert Samuelson is one of the worst economics writers in existence. He is also one of the most highly paid. (However, this is not surprising, from a physics standpoint...if Knowledge = Power, and Time = Money, and Power = Work/Time, then Money ~ 1/Knowledge...)

12. Brad DeLong points out that American political craziness hasn't increased, but the collapse of the Dixiecrats means that all the craziness is now concentrated in one party. I have one small problem with this thesis: the "craziness" of which we speak is actually just lingering allegiance to the Old Confederacy.