How to win arguments by pretending to be a simpleton 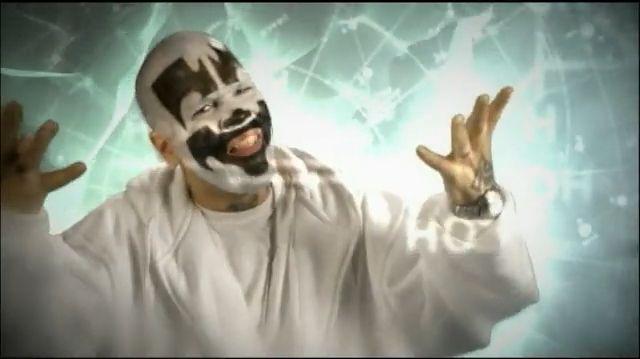 "You just got hustled for a wad of cash / Man whatcha gon do? Act a fool!"
- Ludacris

Michael Shedlock has a guide on "How to debate Paul Krugman". He endorses the approach of "Austrian" economist Hans Hermann-Hoppe, which is, in a nutshell, "Relentlessly pretend to be an ignorant simpleton." If you think I'm kidding, see what Shedlock and Hermann-Hoppe have to say:

The video is a mere 63 seconds long. Here is the key snip.

"It is very important in replies to people like Paul Krugman, that we don't get involved in technical details. Ask some questions almost like a child. Explain to me how increases in paper pieces can possibly make a society richer. If that were the case, explain to me why is there still poverty in the world? Isn't every central bank in the world capable of printing as much paper as they want? I am sure the guy cannot answer this type of question. Nobody can answer this type of question. We always get bogged down in technical details of his argument instead of always repeating this question: Please explain to me how a piece of paper can make society richer."


Krugman would respond with incomprehensible gibberish "for wonks only" as well as typical Keynesian nonsense about how paying people to dig holes and other people to fill them up would start a chain reaction of growth.

A child would see the answer was preposterous, but not a trained economist, politician, or brainwashed academic. Paul Krugman, keynesian economists in general, politicians wanting a free lunch, and most academics are all incurable.

Nonetheless, Hans Hermann-Hoppe's answer is indeed the correct one. By asking questions a child will understand, some non-brainwashed people will see Keynesian and Monetary stimulus for what they really are: economic stupidity.

Actually, feigning stupidity is often an effective tactic in an argument, especially when your opponent is interested in explaining an actual idea, and you're mainly interested in making your opponent angry. I've used the tactic once or twice myself, in fact, back in my college dorm days, to frustrate and exasperate a comparative literature major (frustrating Comp Lit majors being a social good in and of itself). The discussions would go like this:

Comp Lit major: "Noah, you are not going to solve the Problem of Agency in one night!"

Noah: "OK OK, let's think concretely about this. What about an insurance agency?"

Comp Lit major: "ARGH, you are just not getting this at all!" (storms out of the room)

I never did find out what the Problem of Agency was...

Anyway, Hans Hermann-Hoppe thinks Paul Krugman is the Comp Lit major - a serious, sober, do-gooding nerd type - and all he has to do to score a win is make Krugman mad. Actually, it's probably more than that; he probably thinks that because the audience for these debates is (in his mind) mostly ignorant simpletons, that if he acts like an ignorant simpleton, he will resonate with the audience - he will seem to them to be one of their tribe - and Krugman will seem like an alien outsider, with his equations and his thought experiments and his other nerdy nerd stuff. "Go home and play with your slide rule, nerd! We Cool Guys know that printing little pieces of paper can never make a country richer! High five!"

However, "Triple H" (as Hans Hermann-Hoppe will henceforth be heralded) makes a slight mistake. He's using a trolling technique that is optimized for dorm-room BS-ing sessions, not for the modern media. The world of the modern media is slightly different; it tends to be written down, which changes the playing field in several ways. For example, it allows greater use of counter-trolling techniques, optimized for putting foolishness on the spot. Consider the following analogues to Triple H's argument:

"Explain how you can possibly cure diseases by eating little capsules filled with mold. If this were the case, couldn't we all be perfectly healthy just by letting our fruit sit in a closet for a week before we eat it?"

"Explain how you can possibly float just by heating up the air in a balloon. If this were the case, couldn't our tea kettles levitate?"

"Explain how you can possibly stay healthy by washing your hands with water. If this were the case, wouldn't people who drank out of rivers never get sick?

"Explain how you can possibly generate energy by touching two chunks of metal together. If this were the case, couldn't we power the world with a steel welding plant?"

...and so on. (Inserting a "Durr hurr!" at the end of each such example is optional.)

Another difference between modern media and dorm-room discussions is that we can link to stuff. For example, here's Paul Samuelson's famous 1958 paper on the "social contrivance of money". And I can also quote excerpts from that paper:

We then find this remarkable fact...society by using money will go from the non-optimal...configuration to the optimal...configuration...[T]he use of money itself can be regarded as a kind of social compact...Perhaps the function of money...is to change [its] value as to create [the] optimal pattern of lifetime savings."

And I can also observe that this paper is incredible famous, and I can ask Triple H (and Michael Shedlock): Why don't you know this paper?

And I can also observe that this paper is very mathematically easy, and I can ask Triple H and Michael Shedlock: Why can't you do some simple algebra?

Or if I want, I can link Triple H and Shedlock to Paul Krugman's parable of the baby-sitting co-op, a simple explanation of a second way in which printing paper money can create real wealth. And I can ask Triple H and Shedlock: Hey guys, why can't you understand that simple example? It would only take you an hour - three hours, if you're not too bright - and understanding it could make a huge difference in the performance of your financial portfolios.

In the modern media, see, people have a little more time to read over the arguments, and think about them, than in a college dorm. Not a lot more, but a little more. (They are also considerably less stoned. I hope.) This little bit of extra time and thought allows us, after listening to Triple H and Michael Shedlock, to say: "Wait...Simply refusing to exert the mental effort to understand Krugman does not constitute a rebuttal of Krugman. 'I am dumb, therefore you are wrong' is actually a pretty silly thing to say."

Because you should always remember: On the internet, for every caricature, there is an equal and opposite caricature. Troll at your own risk.
Author: Noah Smith Posted at 12:03 PM