The Axis is back 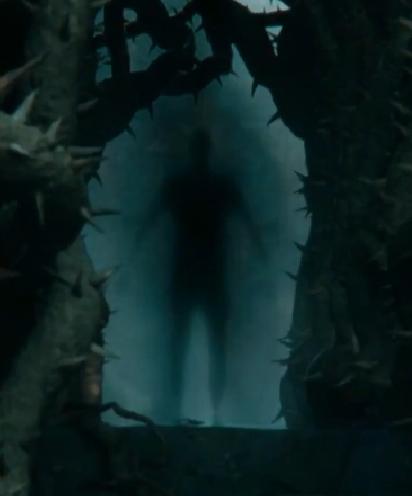 In 2002, David Frum came up with one of the more boneheaded rhetorical blunders in American speechwriting history when he coined the term "Axis of Evil" to describe a motley collection of totally unrelated rogue states. Evil it was in varying degrees, but it was no Axis. The states were not allies, and two of them were actually bitter enemies. Nor did they pose any threat to the United States.

But while we were messing around in Iraq, babysitting Sunnis and Shiites, burning our international prestige with a blowtorch, and spending trillions, something very ominous was happening. The actual Axis - something very like the coalition we faced in World War 2 - was reconstituting itself, like some sort of demonic fantasy-novel creature that gets defeated and dispersed but never really dies.

Of course, I'm talking about Russia and China, which have occasionally been dubbed the "Axis of Authoritarianism", though Frum's boneheadedness has probably soured people on "Axis" nicknames for a while. But nevertheless, I think the analogy is apt.

What happened in World War 2 was basically this: Two small, powerful states (Germany and Japan) tried to conquer the large Asian land empires next to them (Russia and China) while those giga-empires were in a moment of weakness. Eventually the little guys would have lost, but the U.S. hastened that loss by intervening on behalf of the big countries. The U.S. conquered the Axis countries and reconstituted them as economically strong but military weak mostly-isolationist states, setting them up as buffers against the two now-very-pissed-off empires. The big empires, Russia and China, opted for a system (communism) that was economically non-viable in the long term but in the short term gave them organizational capacity that allowed them to repel external military threats (obviously this happened earlier in Russia). The system they adopted put them in ideological conflict with America, the country that had just saved their butts, and America won the ensuing ideological struggle when communism turned out to be a long-term loser. This outcome was hastened by a bitter split between Russia and China, which showed that shared ideology is never a guarantee of durable geopolitical friendship.

OK, that brings us to 2000. Post-Cold War, Russia and China have both adopted systems that look a little bit like the systems of the countries that whooped up on them in World War 2. Putin's Russia is a nationalist country that places a lot of emphasis on race, and scapegoats minorities like gays, while not really having an economic ideology - a little like Nazi Germany, but far less insane, and much more dependent on natural resource exports. China is now a bureaucratic directed-capitalist state with a strong independent confident military, a feeling of national resentment over past mistreatment by powers near and far, and a feeling that its destiny is to dominate East Asia - a little like Imperial Japan, though less beset by domestic terrorism.

Meanwhile, the strategies being used by Russia and China are a little similar to those used by the actual Axis. Russia is gobbling up co-ethnic neighboring states, much as Hitler gobbled Austria and the Sudetenland. China is bullying the neighbors (though not grabbing territory outright quite yet, as Japan did). And the two have formed a friendship of convenience rather than a strong cooperative alliance, much like Germany and Japan did in the Axis. The similarity is probably because Europe and East Asia each lends itself to a certain geopolitical power-building approach.

Ideologically, neither Russia nor China is interested in foisting a universalist ideology on the world - but neither were Nazi Germany or Imperial Japan. Hitler didn't want everyone to agree that Germans were racially superior, he just wanted people to bow to him and do what he said (or die, or both). Same with Japan. It wasn't until the Cold War that competing trans-national global ideology really came into play (though it had been in play in some other conflicts in history.) The new Axis is generally more authoritarian than its opponents, generally respects human rights less, generally favors less stable borders (despite Chinese B.S. rhetoric about national sovereignty), and is generally more militarily aggressive (Iraq notwithstanding). These characteristics are what make the Axis the Axis and the Allies the Allies. But that's not what the conflict is about.

What the conflict is about, is domination of Eurasia, the big continent. I don't know why countries want to dominate this landmass - it seems kind of dumb to me - but they do. This time instead of unusually tough periphery countries trying to conquer and replace the core, the big core countries have got their act together (more or less) and are ready to retake their "rightful" place as emperors of the big continent. Meanwhile the little countries on the periphery, in Europe, East Asia, and Southeast Asia, just want to be independent from the power of the core countries. The U.S., halfway around the world, tries to play balancer and stabilize everything. The "Axis" is just whoever is trying to dominate Eurasia this week, and the "Allies" are just the U.S. plus whoever in Eurasia would rather not be dominated. Until either A) everyone realizes that dominating the vast expanses of interior Asia is pointless, or B) those expanses become populated and economically self-sufficient and divided up into a bunch of stable countries, an Axis will periodically form, and be countered by some Allies.

So that's kind of how I see things. The Axis is, for all intents and purposes, back. That doesn't mean we need to fight it in an apocalyptic war like last time. In fact, that would be a singularly bad idea. With nukes now involved, the cost is way too high. But we are probably in for a protracted struggle, unless the big core Eurasian countries suffer another falling-out or suffer some kind of surprising internal collapse.
Author: Noah Smith Posted at 7:49 PM