Japan's fertility rate is rising, and you all missed it

The headline cries: "Japan's birth rate problem is way worse than anyone imagined". The article cites a paper by some Waseda economists, which is all about inflation and deflation, and really has nothing to do with the ostensible point of the WaPo piece. The citation of the paper is really just an excuse to show the following graph: 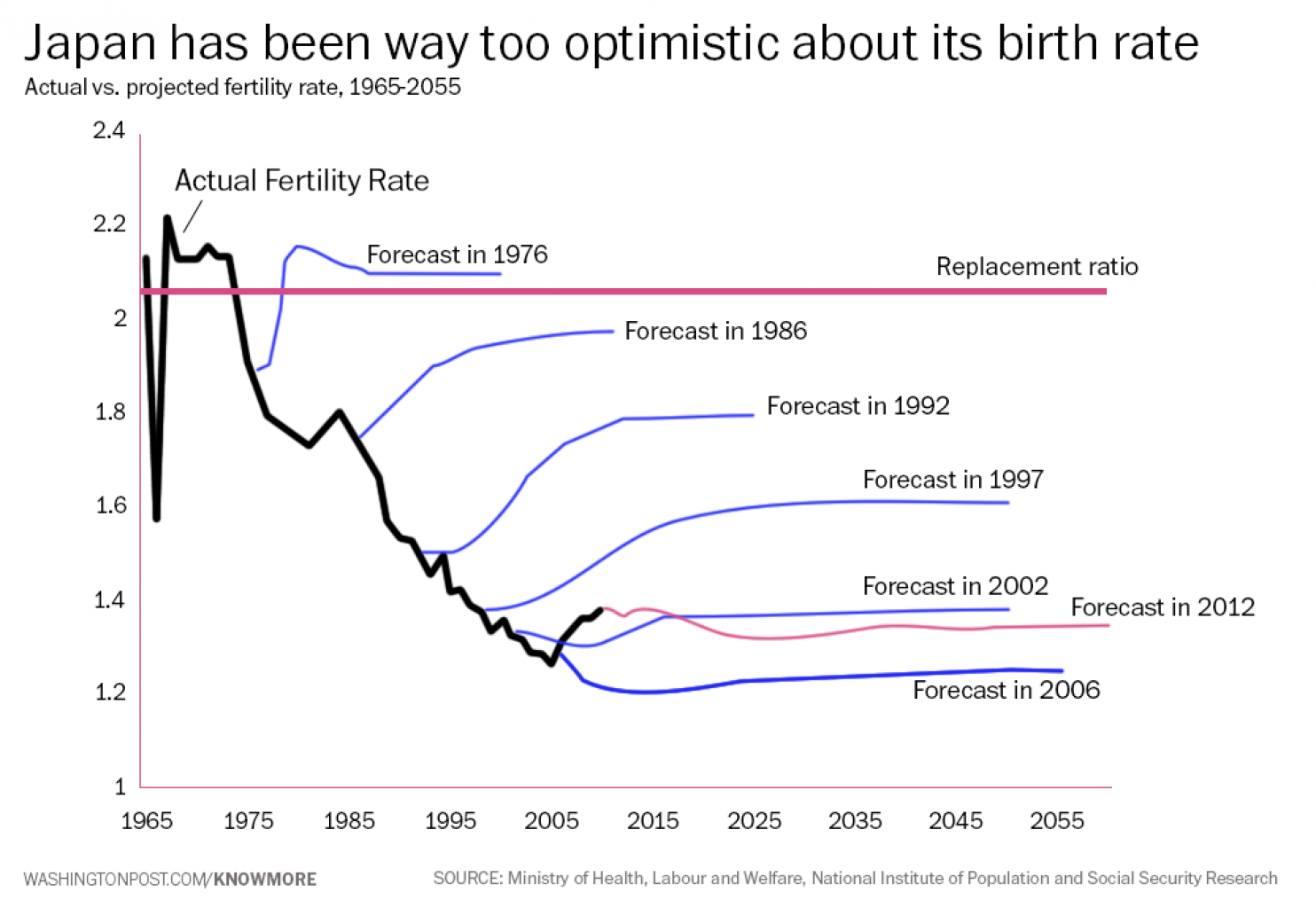 This is supposed to be one of those charts that shows how the government keeps getting its forecasts wrong. Swanson writes:

The data above...shows just how bad Japan has been at forecasting its fertility rate since 1965. Government projections have been almost comically wrong, as the government repeatedly interpreted the sharp decrease in the fertility rate as a temporary dip rather than a sustained trend.

Except that is not what the graph shows at all. Yes, government forecasts are way off (forecasting is hard). But for over a decade, the Japanese government has been too pessimistic about the fertility rate.

In other words, Japanese fertility has been surprising on the upside for ten years and counting!

People have been tweeting this graph, and the incorrect conclusion, all day. Didn't anyone even bother to take a look at this graph before declaring that it shows the opposite of what it actually shows? Was this just an opportunity to harp on a standard news headline - Japanese people aren't having kids, Japan is dying, etc. etc. - with the graph as just an excuse to re-up the news one more time?? Bat Boy is not pleased! Ana Swanson, our policy is to forgive all crazy blog posts (we all do them from time to time), but you must repent and say fifty Hail BatBoys. Conrad Hackett and everyone else who tweeted it without looking, you get a Bat Boy runner-up ribbon, and you are required to say twenty Our BatBoys.

More importantly, when are people going to start writing news articles pointing out that Japan's fertility is on the rise?

Maybe I better do it.
Author: Noah Smith Posted at 1:19 AM