Working women and the middle class 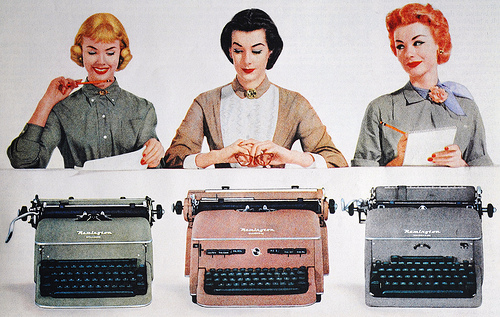 Kenneth Thomas of Angry Bear thinks I made an error when I said that things got better for the middle class in the last two decades of the 20th century:


Noah Smith put up a post Sunday purporting to show that things aren’t so bad for the middle class. Then he immediately shows us a chart of median household income. Stop right there. As I have argued before, this is always going to give you a rosier picture than reality. We need to look at individual data, aggregated weekly (because average hours per week have fallen for non-supervisory workers), to know what’s going on.

Because the individual real weekly wage is still below 1972 levels, households have had to compensate by having more incomes and going into debt. They have traded time and debt for current consumption. This is not an improvement in the middle class lifestyle. Commenter Richard Serlin points out that we also need to consider risk as well as average incomes, and he is right. The middle class is less secure than it was in 1972.

Well, here's what I have to say to that.

I don't understand the idea that "households have had to" compensate for lower weekly wages (also the choice of weekly over hourly wages continues to mystify me, since long workweeks suck, but OK).

What does "have had to" mean?? They did not have to. They chose to.

If I can choose how much I work, and my wage stays the same, and I work more and my income rises, then I must be better off. Because if I was not better off, then I wouldn't have chosen to work more and earn more income.

So, median real wages in America stayed roughly flat in America in 1980-2000, and people worked more - actually, what happened is that many women stopped being housewives and began working. The obvious conclusion would seem to be that if this choice represented a deterioration in the standard of living, people would not have chosen to do it. In other words, if you can still afford to buy your old bundle back, revealed preference says you like your new bundle more.

Now, of course, there are some counterarguments you could make as to why what looks like a choice was not a choice:

1. The extensive margin - the requirement that women choose between 0 and 40-hour work weeks, with nothing in between - caused an overshoot, where women (and some men) were working more than they'd like, because it was less bad than working less than they'd like.

2. Social preferences - the need to "keep up with the Joneses" - dominate normal preferences, and everyone was running harder just to keep their place in the line.

Neither of these would be persuasive to me, because as regards (1), it seems likely that there is enough leisure/home-production preference heterogeneity that this isn't going to make a huge difference, and as regards (2), who cares, I don't want to make national policy to help people keep up with the Joneses.

But back to the main argument...

Kenneth Thomas is basically saying that the mass entry of American women into the workplace in 1980-2000 represents a real deterioration in the living standards of the average American, despite the fact that it boosted household incomes substantially.

Possibility 1: The decline of discrimination and/or traditional values allowed them to.

Possibility 2: Advances in home production allowed them to.

Possibility 4: A shift in tastes away from leisure and/or home-produced goods caused them to.

Possibility 5: A global-game-theoretic equilibrium of "keeping up with the Joneses" emerged in which women all went to work because other women did.

Possibility 6: Something, somewhere has been seriously mismeasured.

To me, Possibilities 1-3 sound like good things, real unambiguous improvements. Possibility 4 sounds either good or neutral, but also mysterious and unlikely. Possibility 5 sounds bad (but if that's really what's going on, why are we talking about absolute measures of income in the first place), and Possibility 6 means this whole discussion is a waste.

So I conclude that the mass entry of women into the workforce in 1980-2000, which raised the income of the middle class, was almost certainly a good thing.

Would it have been better if real median hourly wages had risen, even without taking composition effects and technological improvements into consideration? Hell yes, it would have been.