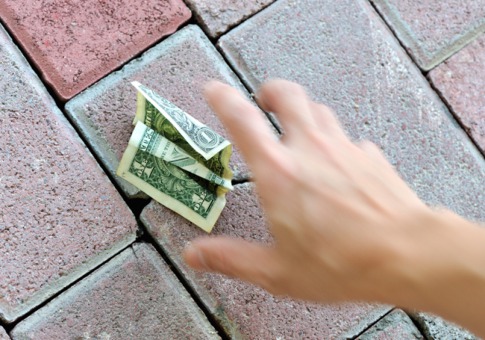 So, Eduardo Porter wrote an article, with large excerpts from John Bogle, telling people they should switch to passive management. Here's an excerpt:


On average, a typical working family in the anteroom of retirement — headed by somebody 55 to 64 years old — has only about $104,000 in retirement savings, according to the Federal Reserve’s Survey of Consumer Finances...The standard prescription is that Americans should put more money aside in investments. The recommendation, however, glosses over a critical driver of unpreparedness: Wall Street is bleeding savers dry [with fees for active management].

Ryan Decker does not like this. Bogle and Porter, he says, are "straightening the deck chairs on the Titanic". The real problem, he says, is not that people are paying too much in fees, but that they aren't saving enough in the first place. Ryan writes:


So people are approaching retirement with $104,000, and "a greater part of the problem is the failure of investors to earn their fair share of market returns."...Do Porter and Bogle really want us to believe that the main reason people are trying to retire on $100 grand is that they haven't made sufficient use of passive funds?...

I'm as big a fan of passive management as anybody, but this is totally absurd...What would the average nest egg be if everyone had chosen the right fee structure and asset allocation? Whatever it is, it's not going to get anyone very far in retirement, particularly if they're accustomed to spending money at the kind of rates that lead to having such a small stash at that age...

By all means, don't throw your money away on active management, and don't waste your time trying to pick stocks. That stuff matters at the margin. But that particular margin is insignificant compared to the problem of low savings rates.

Ryan is right that saving more of your income is capable of supporting a lot more retirement spending than saving money on management fees.

Just for fun, let's think about that point a little more deeply. We should ask Ryan: Why do we think people aren't doing the optimal amount of consumption smoothing already? What sort of behavioral bias is keeping them from making the right choices for themselves? Do they have hyperbolic discounting? Do they have self-control problems? What's wrong with these people? If nothing is wrong, then saving more would actually be bad for them.

(The same, of course, could be true of active management. Maybe people are choosing active management, and paying the fees, because they get some utility out of doing so. It's certainly possible. Of course, if you take that position, you should then explain why more and more people are switching to passive management, just as Bogle has been urging. Preference shift? Seems unlikely.)

But anyway, the point is that you can't simply compare saving more with paying fewer fees in terms of the increased retirement spending the two are capable of supporting. That's like ridiculing people for picking up a $10 bill by pointing out that they could get a lot more than $10 if they sold their car.
Author: Noah Smith Posted at 10:57 PM