Economists as all-purpose sages: The case of Freakonomics 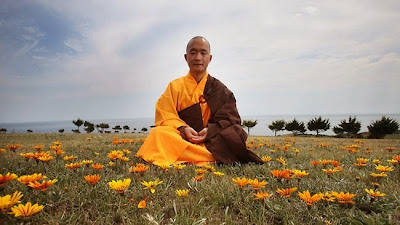 The original book Freakonomics, by Steve Levitt and Stephen Dubner, was a very fun read. But it also slightly annoyed me. Why? Because there's very little actual economics in it! The quantitative empirical work is mostly reduced-form regressions with natural experiments. That's a fine and good research technique, but it's not really special to econ - it doesn't include anything about market design, structural estimation of supply and demand, game theory, search, prices, general equilibrium...nada!

That covers three of the six chapters. The other three include 1) an ethnography of drug dealer culture by a sociologist, the excellent Sudhir Venkatesh, 2) a quick gloss of statistics techniques that applied mathematicians use to catch cheaters, and 3) a historical story about the decline of the KKK.

So this book has sociology, history, stats, and some general empirical techniques that could be used by any social scientist. That doesn't make it bad - most of the research the book showcases is really cool (though Levitt's own study, on abortion and crime, ended up having some serious problems). But it means that an empirical sociologist could easily taken Levitt's place as the technical co-author of the book, alongside journalist Dubner.

But it was an economist Dubner got, and Freakonomics was billed as a pop econ book, not a pop sociology book. Why? It seems to me that it's because economists are respected as all-purpose sages. Like I said in my previous post, economists get taken seriously on any topic imaginable.

To use an even more stark example, take the sequel, Superfreakonomics. There's a chapter in that book that's all about geoengineering. That's an engineering topic. A physics topic. A climate science topic. And yet an economist is put forth as an authority on whether it will work. And this is accepted by the book's legions of fans.

People trust economists on any topic.

Or maybe it's because of economists' reputation as being clear-eyed and impartial observers of society. For example, in the intro to Freakonomics, Dubner describes a scene with Steve Levitt:

An elderly homeless man approaches [Levitt's car]. It says he is homeless right on his sign, which also asks for money. He wears a torn jacket, too heavy for the warm day, and a grimy red baseball cap.

[Levitt] doesn’t lock his doors or inch the car forward. Nor does he go scrounging for spare change. He just watches, as if through one-way glass. After a while, the homeless man moves along.

“He had nice headphones,” says [Levitt], still watching in the rearview mirror. “Well, nicer than the ones I have. Otherwise, it doesn’t look like he has many assets.”

If you didn't know Levitt was an economist, this scene would just make him sound like a rich insensitive jerk. But the fact that he's an economist imbues the scene with a different meaning altogether - suddenly, Levitt's clinical detachment seems like a sign of impartiality and rationality. Exactly the qualities we'd want in an all-purpose sage.

Anyway, I don't know the answer. But the observation that people trust economists on any social topic - and even some engineering topics - seems pretty obvious. And pretty freaky.


P.S. - If you want a book that is nothing but hardcore economics, and explains everyday economic phenomena in a way that is humble, entertaining, and useful all at the same time, I recommend Tim Harford's The Undercover Economist. The best version is the audio version.
Author: Noah Smith Posted at 2:06 AM