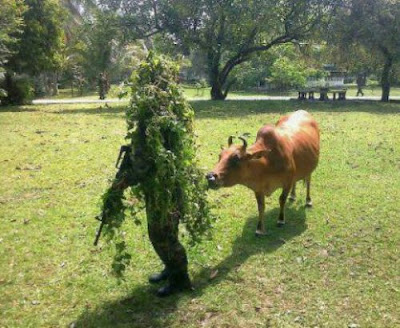 On my last post, I wrote that "RBC gaslighting knows no shame." To which Steve Williamson said "You're a real meany with the poor RBC guys." Which reminds me that it's been a while since I wrote a gratuitous, cruel RBC-bashing post! (Fortunately the "poor RBC guys" all have high-paying jobs, secure legacies, and widespread intellectual respect that sometimes includes Nobel Prizes, so a mean blog post or two from lil' old me is unlikely to cause them any harm.)

Anyway, I used the word "gaslighting", but in case you don't know what it means, here's the def'n:


Gaslighting or gas-lighting is a form of mental abuse in which information is twisted or spun, selectively omitted to favor the abuser, or false information is presented with the intent of making victims doubt their own memory, perception, and sanity.

Basically, this is what Shaggy advises Rikrok to do in the famous 1990s song "It wasn't me." Rikrok's girlfriend saw him cheating, but Rikrok just keeps repeating his blatantly absurd defense until his girlfriend - presumably - starts to wonder if she's going crazy. Another classic example is the cheating wife in the third episode of Black Mirror.

The basic 1982 Nobel-winning RBC model - a complete-markets, representative-agent theory of business cycles where productivity shocks, leisure preference shocks, and/or government policy distortions drive business cycles - has never been very good at matching the data. This didn't take long to figure out - a lot of its implications seemed fishy right from the start and required patching. Simple patches, like news shocks, didn't really improve the fit that much. The model isn't very robust to small frictions, either. And one of the main data techniques used in RBC models - the Hodrick-Prescott filter - has been mathematically shown to be very dodgy. Furthermore, the Nobel-winning empirical work of Chris Sims showed that the main policy implication of RBC - that monetary policy can't be used to stabilize the real economy - doesn't hold up.

Now, that doesn't mean RBC is a total failure. There are some cases, as with large oil discoveries, when it sort of looks like it's describing what's going on. And very advanced modifications of basic RBC - labor search models, heterogeneous-agent models, network models, etc. - offer some hope that models that rely on TFP shocks as the main stochastic driver of aggregate volatility may eventually fit the macro data.

For example, just last year, Ed Prescott and Ellen McGrattan released a paper claiming that if you just patch basic RBC up with one additional type of capital, it fits the data just fine. As if this were the only empirical problem with RBC, and as if this new type of capital has empirical support!

A 2007 paper by Gomme, Ravikumar and Rupert (which I mentioned in a previous post) refers to RBC as "the standard business-cycle model". As if anyone actually uses it as such!

A 2015 Handbook of Macroeconomics chapter by Valerie Ramey says:


Of course, [the] view [that monetary policy is not an important factor in business cycles] was significantly strengthened by Kydland and Prescott’s (1982) seminal demonstration that business cycles could be explained with technology shocks.

As if any such thing was actually demonstrated!

There are a number of other examples.

This strikes me as a form of gaslighting - RBC fans just blithely repeat, again and again, that the 1982 RBC model was a great empirical success, that it is now the standard model, and that any flaws are easily and simply patched up. They do this without engaging with or even acknowledging the bulk of evidence from the 1990s and early 2000s showing numerous data holes and troubling implications for the model. They don't argue, they just bypass. Eventually, like the victims of gaslighting, skeptical readers may begin to wonder if maybe their reasoning capacity is broken.

Why do RBC fans keep on blithely repeating that RBC was a huge success, needs only minor patches, and is now the standard model? One reason might be a struggle over history. In case you haven't noticed from reading the blogs of Paul Romer, Roger Farmer, Steve Williamson, Simon Wren-Lewis, Robert Waldmann, Brad DeLong, John Cochrane, and Paul Krugman (to name just a few), there is a very contentious debate over whether the macro revolutions of the late 1970s and early 1980s were a good thing or a wrong turn. If RBC was refuted - or relegated to a minor role in more modern theories - it means that the Lucas/Prescott/Sargent revolution looks just a little bit more like a wrong turn. But if RBC sailed on victorious, then that revolution looks like an unmitigated victory for science. We may be through with the past, but the past is not through with us!

Or maybe RBC represents a form of wish fulfillment. If RBC is right, stabilization policy - which, if you believe Hayek, just might be the thin edge of a socialist wedge - is just a "rain dance". Maybe people just really hope that recessions are caused by technological slowdowns, outbreaks of laziness, and/or government meddling.

It could also be a sort of high-level debating tactic. Paul Krugman talks about how Lucas and other "freshwater" economists basically failed to engage with "saltwater" ideas, preferring instead to dismiss them (Prescott and McGrattan's paper does exactly this). Maybe the blithe insistence that RBC is the standard model is simply a dig at a competitor.

Anyway, whatever the reason, it's kind of entertaining to watch. For those who are secure in the knowledge of their own sanity, watching people try to gaslight can be a form of entertainment. And besides...who cares about any of this? It's not like anyone who opposes stabilization policy ever needed an RBC model to back them up.
Author: Noah Smith Posted at 5:35 PM