Why I hate the "skills shortage" debate 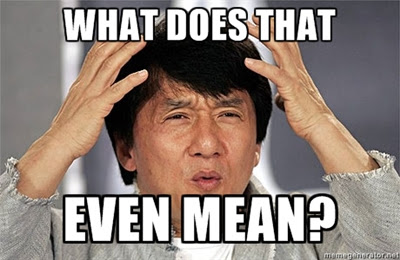 Few econ policy debates are as fraught, or as confused, as the debate over "skills shortages" in the labor market. This debate occasionally crops up in discussions of the labor market as a whole, i.e. interpreting shifts in the Beveridge Curve. But it mostly comes up in the context of high-skilled or STEM labor.

The main problem with this discussion, as I see it, is that no one really knows what a "shortage" of skilled or STEM labor is supposed to mean. Here are some possible alternative meanings:


1. The labor market for skilled/STEM workers is not clearing, due to government policy; demand is outstripping supply. (This is the classic "econ 101" definition of "shortage").

2. There has been an increase in demand for STEM workers in the U.S. not matched by an increase in supply, causing wages in those occupations to rise.

3. A policy-engineered increase in the supply of STEM workers would raise overall U.S. GDP per capita.

4. A policy-engineered increase in the supply of STEM workers would reduce income inequality in the U.S.

5. A policy-engineered increase in the supply of STEM workers would raise the relative power of the U.S. nation-state relative to rivals like China.

6. An increase in the amount or quality of STEM education in the U.S. would raise overall U.S. GDP per capita.

7. An increase in the amount or quality of STEM education in the U.S. would reduce income inequality in the U.S.

8. An increase in the amount or quality of STEM education in the U.S. would raise the relative power of the U.S. nation-state relative to rivals like China.


I'm sure I could think of more. But in addition to these multiple definitions, there is the question of time horizon. Are we talking about what has happened since 1980? Since 2000? Or since 2010?

There is also the question of the size of the posited effects in each case. Do we think that a bit more computer science education, on the margin, would be a good thing for American schools, or do we think that we should be training our workforce en masse to be knowledge workers?

This huge proliferation of hypotheses pretty predictably leads to a massively muddled debate. Some pieces focus on one definition of the "shortage" hypothesis to the exclusion of others. Others lump many versions together and treat them as if they're the same thing.

But despite the hopeless confusion, people get very passionate about this debate. To many on the left, emphasis on STEM education must seem like an attempt at a "third way" substitute for redistributionary policy, or an attempt by employers to make employees shoulder more of the financial burden of training. It also might seem like an attempt by anti-interventionists to substitute "structural" explanations for the Great Recession for explanations based on aggregate demand. To those on the neoliberal right, denial of the importance of STEM must seem like a minimization of the importance of productivity in national wealth, or even a refusal to focus on total national wealth at all. Supporters of high-skilled immigration (including Yours Truly!) see the denial of "STEM shortages" as the beginning of an attempt to restrict high-skilled immigration in order to boost the incomes of the upper middle class.

So there are definitely some Robertsian effects at work here. That's going to make the debate even more difficult to conduct in a reasonable, rational manner.

So is there a STEM skills shortage in the U.S.? The answer is that I don't know. I've looked into a few of these sub-hypotheses, but there are just too many. In my opinion, we should be focusing on the marginal policy effects of A) an increase in high-skilled immigration, and B) a tilting of school curricula toward math and engineering. I will search the literature for quasi-experimental evidence on these policy effects, and report back what I find. But whatever I find is unlikely to satisfy most of the people involved in this argument.
Author: Noah Smith Posted at 1:30 PM