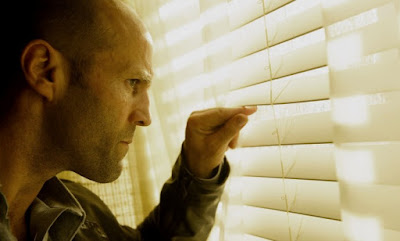 1. Why is Rational Expectations still around, anyway?

Rational Expectations is (are?) one of the key features of almost every macro model in existence today, and has been for decades. Why? One reason is that it's easy to work with, mathematically - just stick an "E" in front of things, and voila, that's what the agents in your model believe! Another reason is that RE is appealing to folks who think that the government shouldn't be able to trick people consistently. A third reason is that there's just no obvious alternative way of modeling expectations. Classic alternatives like adaptive expectations are rigid, simplistic, and just generally very weak. And more sophisticated alternatives, besides being unwieldy to model, also tend to be hyper-specific - if there are actually a number of different ways that RE fails, each of these models will only catch one of them.

But the real reason is that it's hard to test people's expectations directly. Instead, what macroeconomists do is to just throw the expectations assumption into the model along with a million other things like Euler equations, transversality conditions, industry structure, etc., and then test the model against macro facts. If the model fails to match enough macro facts, or the "right" macro facts, to garner interest, the problem is assumed not to lie with the expectations, but with some other assumption of the model. So RE survives. In Lakatos' jargon, it's part of the "hard core" of modern macro.

But in recent years, a few brave souls have started to hunt the great Rational Expectations whale. These intrepid hunters are doing the simple and obvious thing that economists previously didn't dare to do: Just ask people what they expect.

Duh, right? Actually, tons of people have collected and analyzed survey measures of expectations. But there's a reason macroeconomists haven't relied on these surveys much in the past (and it's not just fear of getting yelled at by Bob Lucas). First of all, it's not clear that people's stated expectations have anything to do with their functional expectations. I might say that I think inflation is going to rise, and I might even feel deep in my bones that this is truthy, but does that mean I'm buying TIPS and shorting Treasuries? Not recently, it doesn't. What we care about isn't what people "believe", whatever that means, but what they act as if they believe.

So the RE-hunters have to take an extra step - they have to show that stated expectations explain actual behavior. And explaining actual behavior requires assumptions, about all the other stuff that might be affecting behavior. And unless you want to be a "heterodox" person shouting in the wilderness, those assumptions are going to have to come from currently respected theory. So that's what the RE-hunters are now doing - showing that stated expectations, e.g. from surveys, explain behavior well when you stick them into popular theories.

One of the RE-hunters is Andrei Shleifer, who along with coauthors like Robin Greenwood, Yueran Ma and Nicola Gennaioli has started working with survey expectations in finance. Finance is relatively easy to work with because a lot of the popular models are partial equilibrium. Examples of Shleifer's work include this paper on investor expectations and this paper on CFO surveys and investment. He's also made a general equilibrium asset-pricing model, along with some other co-authors, using extrapolative expectations (which surveys seem to show some evidence for).

In macro it's a bit harder, since most top people now agree that you need general equilibrium for anything important. So the burden of proof is on the RE-hunters - they have to show that an alternative model of expectations, together with some other fairly standard model elements, can explain macro facts in a general equilibrium type model.

One of the most popular non-RE models is the "sticky information" model of Mankiw and Reis, which says that people update their information with a time lag. Along with Justin Wolfers, Mankiw and Reis showed over a decade ago that survey expectations line up with this model in many ways (though as the comments at the bottom of the paper show, they had difficulty persuading certain folks).

Another popular model is Chris Sims' "rational inattention" model. This says that people only get imperfect information because it's costly to filter out noise. Mike Woodford has also worked with models like this.

Now there is a powerful new team hunting the Rational Expectations whale: Olivier Coibion and Yuriy Gorodnichenko. In 2012, they showed that survey expectations of macreconomic stuff match many of the predictions of sticky information and noisy information models, using a method that's largely agnostic between the two. In other words, they show that stated expectations look like real expectations no matter which of the two models you believe in.

Then in 2015, Coibion and Gorodnichenko came out with a new paper out that's even more general. Their old approach required them to specify the shocks in the economy, but they figured out a way to avoid having to do this. It's really neat.

But it does. That's what Coibion and Gorodnichenko show. Forecast updates predict forecast misses. That's consistent with a model where information is "sticky" and one where it's "noisy".

That's the paper's central insight, but it has lots more in it than that. The authors test whether the result could come from forecasters intentionally "smoothing" their forecasts, i.e. giving intentionally stale forecasts in order to cater to some clients. But they don't find evidence for this.

They also find that the degree of "noisiness" or "stickiness" of information varies depending on what's happening in the economy. After big shocks like 9/11, the amount of apparent stickiness/noisiness goes down. But in the Great Moderation, it went up. So when macroeconomic stuff is more important, people either pay more attention, or spend more effort making accurate projections, or whatever. That reassuring.

So Coibion and Gorodnichenko's new method shows that professional forecasts behave like true expectations for a very wide class of models. Not for all models, obviously, but for two of the mainstream alternatives to RE. And this is independent of all kinds of other things, like consumption behavior, industrial structure, or the nature of the shocks that drive the economy. In other words, it's getting harder and harder to dismiss direct measurements of expectations - maybe you really just can ask people what they believe, and get a useful result!

Interesting note: There are both "behavioral" and "non-behavioral" explanations for this failure of Rational Expectations. Information could be "sticky" or "noisy" because information is costly to acquire and process, or because people are just slow to believe or accept new information. (I call this "Smith's Principle": Any behavioral explanation will have an observationally equivalent explanation based on information structure and/or costs. I can name stuff after myself because this is my blog, hehehe. And because I'm too lazy to find out if anyone else has made this claim.) As the authors point out, it's perfectly possible that a bunch of individually rational but information-constrained agents can produce an aggregate forecast that does not take into account all of the available information in the economy:

This predictability of the average forecast error across agents from forecast revisions is an emergent property in both models, i.e. a property which arises only from the aggregation process and not at the individual level.

Nice to see economists using the term "emergent property"! In other words, it's perfectly possible to have rational agents without Rational Expectations.

Now, RE defenders may shrug and say "So what? No one expects RE to be exactly right, it's just a useful approximation." But as Coibion and Gorodnichenko point out, that's not true in this case. Sticky/noisy information models differ in very important ways from RE models. Ways that are very important for policymaking. In other words, by linking their test of RE to a model that we already know has economically significant implications, Coibion and Gorodnichenko's claimed failure of RE must be economically significant too. This isn't just a wrinkle on a largely successful theory; it's a claim that the theory fails in big, critical ways.

Nothing is for certain, especially in macro, but this is another harpoon tossed into the side of the Rational Expectations hypothesis.

(No whales were harmed in the making of this blog post. Noahpinion condemns the practice of whaling, and also believes that whale meat tastes like stale hamachi.)
Author: Noah Smith Posted at 2:15 PM