Why the 101 model doesn't work for labor markets 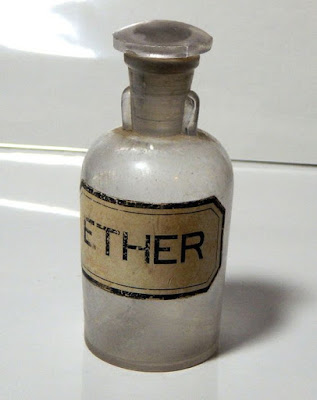 A lot of people have trouble wrapping their heads around the idea that the basic "Econ 101" model - the undifferentiated, single-market supply-and-demand model - doesn't work for labor markets. To some people involved in debates over labor policy, the theory is almost axiomatic - the labor market must be describable in terms of a "labor supply curve" and a "labor demand curve". If you tell them it can't, it just sort of breaks their brain. How could there not be a labor demand curve? How could there not be a relationship between the price of something and how much of it people want to buy?

Answer: If you can't observe it, you might as well treat it as if it doesn't exist.

This is called an identification problem. Unless you can observe something that's clearly a shock to only one of the curves but not the other, you can't know what the curves look like. (Paul Romer explains this in section 4.1 of his essay "The Trouble With Macroeconomics".)

And with labor markets, it's very hard to find a shock that only affects one of the "curves". The reason is because almost everything in the economy gets produced with labor. If you find a whole bunch of new workers, they're also a whole bunch of new customers, and the stuff they buy requires more workers to produce. If you raise the minimum wage, the increased income to those with jobs will also boost labor demand indirectly (somehow, activist and businessman Nick Hanauer figured this out when a whole lot of econ-trained think-tankers missed it!).

Labor is a crucial input in so many markets that it really needs to be dealt with in general equilibrium - in other words, by analyzing all markets at once - rather than by treating it as a single market in isolation. That makes the basic Econ 101 partial-equilibrium model pretty useless for analyzing labor.

"But," you may say, "can't we make some weaker assumptions that are pretty reasonable?" Sure. It makes sense that since it takes some time for new businesses to be created, a surge of unskilled immigration should represent a bigger shock to labor supply than to labor demand in the very short run. And it makes sense that a minimum wage hike wouldn't raise labor demand enough to compensate for the wedge created by the price floor.

With these weaker assumptions, you can get a general sense of the supply and demand curves. Problem: The results then contradict each other. Empirical results on sudden unskilled immigration surges indicate a very high elasticity of labor demand, while empirical results on minimum wage hikes indicate a very low elasticity of labor demand. Those can't both be true at the same time.

So if you accept these plausible, weak identifying assumptions, it still doesn't make sense to think about labor markets as described by an S curve and a D curve.

Of course, you could come up with some weird, stinky, implausible identifying assumptions that could reconcile these empirical facts (and the various other things we know about labor markets). With baroque enough assumptions, you can always salvage any theory, as Romer points out (and as Lakatos pointed out). But at some point it just starts to seem silly.

In fact, there are a number of other reasons why the Econ 101 theory isn't a good fit for labor markets:

1. Supply-and-demand graphs are for one single commodity; labor is highly heterogeneous.

If Econ 101 supply-and-demand models worked for every market, the vast majority of the modern economics profession would be totally useless. Claiming that the econ 101 model must always be a good model basically says that most of econ is barking up the wrong tree, and that it's just all in Marshall. Fortunately, economists tend to be a smart, scientifically-minded bunch, and so they realize that general equilibrium effects, heterogeneity, forward-looking behavior, search frictions, etc. exist, and often are essential to understanding markets.

The Econ 101 supply-and-demand model is just not a good description for the labor market. The theoretical construct known as "the labor demand curve" is ontologically suspect, i.e. it is a poor modeling choice. If we adopt some sort of positivist or empiricist philosophy - "if I can't observe it, it might as well not exist" - then we might as well say that "the labor demand curve" doesn't exist. It's not an actual thing.
Author: Noah Smith Posted at 9:37 PM