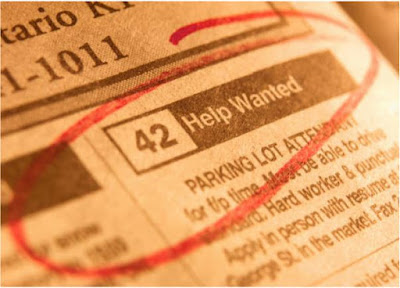 Via Tyler Cowen, I see that Ljungqvist and Sargent have a new paper synthesizing much of the work that's been done in labor search-and-matching theory over the past decade or so.

This is pretty cool (and not just because these guys are still doing important research at an advanced age). Basically, Ljungqvist and Sargent are trying to solve the Shimer Puzzle - the fact that in classic labor search models of the business cycle, productivity shocks aren't big enough to generate the kind of employment fluctuations we see in actual business cycles. A number of theorists have proposed resolutions to this puzzle - i.e., ways to get realistic-sized productivity shocks to generate realistic-sized unemployment cycles. Ljungqvist and Sargent look at these and realize that they're basically all doing the same thing - reducing the value of a job match to the employer, so that small productivity shocks are more easily able to stop the matches from happening:


The next time you see unemployment respond sensitively to small changes in productivity in a model that contains a matching function, we hope that you will look for forces that suppress the fundamental surplus, i.e., deductions from productivity before the ‘invisible hand’ can allocate resources to vacancy creation.

For any model with a matching function, to arrive at the fundamental surplus take the output of a job, then deduct the sum of the value of leisure, the annuitized values of layoff costs and training costs and a worker’s ability to exploit a firm’s cost of delay under alternating-offer wage bargaining, and any other items that must be set aside. The fundamental surplus is an upper bound on what the “invisible hand” could allocate to vacancy creation. If that fundamental surplus constitutes a small fraction of a job’s output, it means that a given change in productivity translates into a much larger percentage change in the fundamental surplus. Because such large movements in the amount of resources that could potentially be used for vacancy creation cannot be offset by the invisible hand, significant variations in market tightness ensue, causing large movements in unemployment.

That's a useful thing to know.

Of course, I suspect that recessions are mostly not caused by productivity shocks, and that these business cycle models will ultimately be improved by instead considering shocks to the various things that get subtracted from productivity in the "fundamental surplus". That should affect unemployment in much the same way as productivity shocks, but will probably have advantages in explaining other business cycle facts like prices. Insisting that the shock that drives unemployment be a productivity shock seems like a tic - a holdover from a previous age. But that's just my intution - hopefully some macroeconomist will do that exercise.

But anyway, I think the whole field of labor search-and-matching models is interesting, because it shows how macroeconomists are gradually edging away from the Pool Player Analogy. Milton Friedman's Pool Player Analogy, if you'll recall, is the idea that a model doesn't have to have realistic elements in order to be a good model. Or more precisely, a good macro model doesn't have to fit micro data, only macro data. I personally think this is silly, because it ends up throwing away most of the available data that could be used to choose between models. Also, it seems unlikely that non-realistic models could generate realistic results.

Labor search-and-matching models still have plenty of unrealistic elements, but they're fundamentally a step in the direction of realism. For one thing, they were made by economists imagining the actual process of workers looking for jobs and companies looking for employees. That's a kind of realism. Even more importantly, they were based on real micro data about the job search process - help-wanted ads in newspapers or on websites, for example. In Milton Friedman's analogy, that's like looking at how the pool player actually moves his arm, instead of imagining how he should move his arm in order to sink the ball.

It's good to see macroeconomists moving away from this counterproductive philosophy of science. Figuring out how things actually work is a much more promising route than making up an imaginary way for them to work and hoping the macro data is too fuzzy to reject your overall results. Of course, people and companies might not search and bargain in the ways that macroeconomists have so far assumed they do. But because labor search modelers tend to take micro data seriously, bad assumptions will probably eventually be identified, questioned, and corrected.

This is good. Chalk labor search theory up as a win for realism. Now let's see macroeconomists make some realistic models of business investment!

For some reason, a few people read this post as claiming that labor search theory is something new. It's not! I was learning this stuff in macro class back in 2008, and people have been thinking about the idea since the 70s. In fact, if anything, there seems to be a mild dampening of enthusiasm for labor search models recently, though this is hard to gauge. One exception is that labor search models have been incorporated into New Keynesian theory, which seems like a good development.

Sadly, though, I haven't seen any similar theory trend dealing with business investment. This post was supposed to be a plug for that.
Author: Noah Smith Posted at 7:29 PM