Moral compass: no thanks 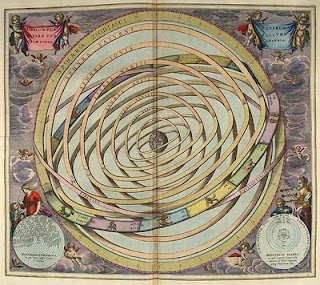 Apparently someone has been going around accusing economists of being cold-blooded amoral technocrats. Reptilian people who look at the world and see a set of equations, who throw human life into a cost-benefit analysis and crank out a dollar value. One wonders what could have given them that idea.

Today, I focus on a larger issue: the complaint that economics is a discipline without a moral core...

[There is] a deep moral tenet – a belief in the value of human freedom – at the core of our discipline.

Some economists made that belief explicit. In the 18th century, Smith wrote, “Every man is, no doubt, by nature, first and principally recommended to his own care; and as he is fitter to take care of himself than of any other person, it is fit and right that it should be so.”

In the 19th century, John Stuart Mill asserted, “The only freedom which deserves the name is that of pursuing our own good in our own way, so long as we do not attempt to deprive others of theirs, or impede their efforts to obtain it.”

In the last century, Milton Friedman offered “freedom is a rare and delicate flower” and “a society that puts equality — in the sense of equality of outcome — ahead of freedom will end up with neither equality nor freedom.”...

But don’t think that our discipline doesn’t have a moral spine beneath all the algebra. That spine is a fundamental belief in freedom.

So economics is all about FREEEEEEEEEEEEEEEDOM!!! Well, I guess it was invented by Scotsmen!

Improvements in welfare occur when there are improvements in utility, and those occur only when an individual gets an option that wasn’t previously available. We typically prove that someone’s welfare has increased when the person has an increased set of choices.

When we make that assumption (which is hotly contested by some people, especially psychologists), we essentially assume that the fundamental objective of public policy is to increase freedom of choice.

Our opponents have every right to contend that economists are unwisely idolizing liberty, but they err by saying we sail without a moral North Star.

Unfortunately, he doesn't seem to have thought this out very completely:

To quote Peter Venkman of the Ghostbusters: "Excuse me, Egon! You said crossing the streams was bad." (See bolded John Stuart Mill quote above.)

Now, this is only one of many little technical quibbles I could make with Glaeser's assertion (What about the freedom to do things you'll later regret, such as addict yourself to heroin? What about happiness? What if having more choices just makes people upset?). And let's ignore for now the fact that just about 100% of real economic policy issues involve tradeoffs between one person's choice set and another's, making the criterion of "freedom" totally ambiguous. Let's instead step back and ask the question:

Why should a science have a moral core?

(Some people say: "Yes. If you find that nitroglycerine is explosive, you should hide that fact, because if you publicize it, people will probably use nitroglycerine to do bad things." Fine. I won't argue with that (now). But should the scientist refuse to believe that nitroglycerine explodes at all, because the idea of exploding nitroglycerine is contrary to some idea of morality? I am going to just go ahead and say: "No." Hiding a discovery from weapons manufacturers is different than disbelieving it.)

And yet going beyond the facts is precisely what Glaeser's "moral compass" would have us do. Suppose psychologists find that people are less happy when they have the choice to become addicted to heroin. Should economists refuse to accept this fact? If I were an economist studying heroin addiction, I'd say: "Hey, policymakers and voters, here's the deal. If you let people do heroin, their happiness will go down, but they'll have more freedom of choice. I'll let you guys decide what to do."

Glaeser disagrees. He seems to think the economist's duty is either to A) recommend the alternative that entails more freedom of choice, or B) disbelieve the finding that allowing heroin use reduces happiness. (A) is saying that economists, as a class, have a fixed and definite role in deciding society's morality, kind of like a priesthood. (B) is saying that intellectual honesty and scientific integrity must take a back seat to a faith-based belief system.

Whichever he is saying, I highly disapprove.

Morality, as David Hume (a friend of Adam Smith's) liked to point out, is fundamentally a matter of opinion. MY personal opinion is that the role of science is to increase humanity's knowledge, and therefore our power to affect our universe. In a way, this makes my values a bit similar to Glaeser's; I want people to have the option of changing their condition. Whether that option is exercised on an individual or a collective scale is a question I think science should leave to philosophy. If we limit our set of economic theories to those that seem to recommend individual freedom of choice - if we give economics a "moral compass" - we are refusing to take an honest look at the way the world really operates. That, in my moral opinion, is bad science.

And don't think that this doesn't happen in practice. Many of the same economists who espouse a belief in individual freedom of choice are biased against theories that imply a need for collective decision-making. They routinely refuse to believe in the existence of public goods, demand fluctuations, and other phenomena that imply a role for government. Behavioral economic theories, which assert that people are sometimes irrational, are routinely pooh-poohed by "conservative" economists, regardless of the mountain of laboratory evidence in those models' favor.

In short, the widespread belief that economists should act both as scientists and as priests has made them less effective as scientists.

Because when you get right down to it, demanding that economics value individual freedom of choice is denying economists themselves the most basic intellectual freedom: the freedom to doubt. This was famously expressed by the incomparable Richard Feynman:

Our freedom to doubt was born out of a struggle against authority in the early days of science. It was a very deep and strong struggle: permit us to question -- to doubt -- to not be sure. I think that it is important that we do not forget this struggle and thus perhaps lose what we have gained. Herein lies a responsibility to society...

This is not a new idea; this is the idea of the age of reason. This is the philosophy that guided the men who made the democracy that we live under. The idea that no one really knew how to run a government led to the idea that we should arrange a system by which new ideas could be developed, tried out, and tossed out if necessary, with more new ideas brought in -- a trial-and-error system...If we want to solve a problem that we have never solved before, we must leave the door to the unknown ajar...

Our responsibility is to...learn what we can, improve the solutions, and pass them on. It is our responsibility to leave the people of the future a free hand. In the impetuous youth of humanity, we can make grave errors that can stunt our growth for a long time. This we will do if we say we have the answers now, so young and ignorant as we are. If we suppress all discussion, all criticism, proclaiming "This is the answer, my friends; man is saved!" we will doom humanity for a long time to the chains of authority, confined to the limits of our present imagination. It has been done so many times before.

I look at Glaeser's "moral compass," and I hear: "This is the answer, my friends; man is saved!" And I look at my discipline and see a lot of good, honest, doubting scientists struggling uphill against an ossified and institutionalized canon of moral beliefs. And, coincidentally, I see a public that has largely scorned us, mainly because our theories of the macroeconomy have turned out to be useless.

Can we fix those theories while adhering to Glaeser's (implied) dictum that only individual decision-making should be regarded as efficient? Or to put it more crassly: Can we do good science while forcing ourselves to assume that the sun moves around the Earth?


Update: Summoning Feynman to help you is not always a good idea, as this web comic demonstrates...