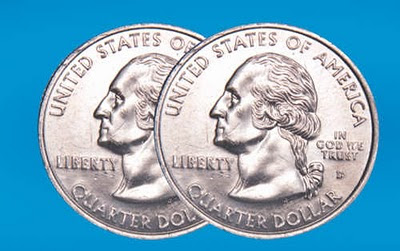 Just a quick post here...I've been working hard on dissertation (let's hope Miles Kimball and Uday Rajan are reading this sentence), and haven't had much time for bloggage. But a little gentle needling of Tyler Cowen doesn't take too long. :)
Cowen links to a piece by Mike Mandel, which claims to show that most of the reported "productivity growth" of this recession was actually just a mistake. The idea is that productivity has been mismeasured, and has actually stagnated or fallen in the last few years; that would make this recession more in line with previous episodes, and less of a weird "jobless recovery." For a critique of Mandel's piece, see Karl Smith. (For the record, I agree with Smith on this one - Mandel appears not to consider the fact that GDP can be measured by income, not just by value added, and hence mismeasurement of intermediate goods would not, as Mandel claims, result in mismeasured productivity.)
But my point is of considerably less import, and regards Tyler Cowen's reaction to Mandel's piece. Cowen writes:

By the way, this is the most effective critique of [my] ZMP [Zero Marginal Product] hypothesis, since the implied decline in true output now comes much closer to matching the measured decline of employment...

At the risk of sounding self-congratulatory...in my view [my] TGS [The Great Stagnation] thesis is looking stronger than it did even two months ago when [my] book was published.

The Zero Marginal Product hypothesis is that technological change has rendered many workers completely useless, while the Great Stagnation theory holds that technological change has slowed down dramatically.
As I have noted before, these two theses are mutually exclusive. Technology can only make humans obsolete if it produces a lot of stuff very cheaply. But if this is happening, then productive technology has not stagnated. You can believe in one of these, but you can't believe in both; Cowen admits as much in his post.
Now, Tyler Cowen is a "big-think" guy, and it's perfectly legitimate for big-think guys to make contradictory hypotheses. Science fiction authors do it all the time. What's not quite so legit is to do this and then pat yourself on the back for being so perspicacious when events confirm one or the other of your contradictory predictions. Doing so is basically the definition of confirmation bias.
What Cowen has basically done is to buy straddles on humanity's future. If productivity goes up, he gets kudos for the ZMP; if it stagnates, it's TGS. Basically, the only way Cowen goes 0-for-2 is if the economy rapidly returns to full employment and historically average productivity growth. At that point, Cowen's career as a futurist would be in extreme danger...he might even have to make a third hypothesis...


Note that this post doesn't describe the ZMP hypothesis correctly. The workers are ZMP for demand-side reasons, for "recalculation" reasons, or because they're simply not productive or cooperative, not because some new technology replaced them. It could be that new technologies help us better measure worker productivity, however. So the postulated contradiction doesn't hold.

But most of these alternative reasons just don't seem to make sense.

Demand changes don't affect a worker's marginal product. When there is insufficient demand, workers still have the ability to produce stuff, it's just that people won't buy the stuff they produce, so they become unemployed. "Recalculation" should operate through a similar channel - firms can use workers to produce stuff, they just don't know which type of stuff they'll be able to sell. In both of these cases, marginal product is not zero. The firm's production function is not changed.

Finally, there's the idea that new technology has allowed firms to see that some of their workers are utterly useless. But this means that these workers must have been replaced by technology in the past, and we are only now realizing it due to a second, different kind of technological improvement.

Basically, if all humans have some productive power- and I think they probably do - the only way you get ZMP where you had no ZMP before is if we invent something (or some combination of things) that can do anything a ZMP human can do, but at lower cost, and which is in elastic supply (i.e. we can make more of it). Suppose we invent a humanoid android which can be produced and maintained more cheaply than a human, and which can and will do anything a human can do. Then any time we consider hiring a human, we just build an android and hire it instead. Humans go the way of the horse(-and-buggy). Even in this setup, it's still hard to get ZMP for humans, because the humans can just go off and form their own economy if there's enough space for them to do so (kind of like wild horses).

Basically, for even some humans to be truly ZMP, they must either refuse to work or be totally disabled or be squeezed off the planet by competitors.
Author: Noah Smith Posted at 1:59 AM