Calm down, Will Wilkinson! Joe Stiglitz is not the problem. 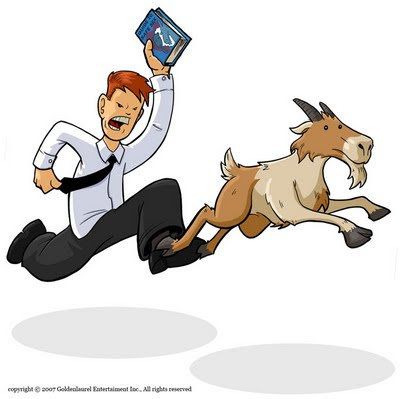 Will Wilkinson is normally one of the calm voices of reason in the political-econ blogosphere. But when liberals complain about inequality, it just drives him up the wall. In response to Joseph Stiglitz' Vanity Fair article decrying inequality, Wilkinson wrote the following:

[The] explosion in public-private "partnerships", and the inevitable political corruption and economic distortion they produce, is not at bottom due to a plot of the top 1%. It is due in no small part to the success of progressive ideologues like Mr Stiglitz in arguing for ever greater government control over everything.

A political system that enshrines governments' power to grant monopolies and other barriers to economic competition, whether they be direct subsidies to government's chosen champion firms, or less direct subsidies by way of taxes, tariffs, and regulations that disproportionately harm less-favoured firms, inevitably attracts money to politics. Under close inspection, the progressive master narrative...is an argument against money in politics that argues for precisely the sort of government power that draws money to politics.

The progressive master narrative runs on the fuel of class interest, but it makes an arbitrary exception for members of the progressive technocratic elite, like Mr Stiglitz...These men and women, the technocratic elite...may be trusted with almost unlimited power to manage the nation's economy...Sure, these godlike king-making powers make professional courtiers of the money men, but not to worry. The public-minded technocrat pledges in his heart of hearts to express only the will of the people...

You know, I share many of Will's concerns. Collusion between government and the private sector has always been the biggest source of corruption and of undeserved gains. It is arguably the main problem with our financial system today.
But it just seems a bit nuts to blame progressives for this problem!
Consider this assertion: "corruption...is due in no small part to the success of progressive ideologues...in arguing for ever greater government control over everything." Seriously?? First of all, has government control over the U.S. economy increased in recent decades? Any reasonable person would say "No." Regulation was slashed under Reagan, slashed under Clinton, and slashed under Bush. "Privatization" has continued apace, to the point where even our prisons and our military are now partially farmed out to contractors. Total government employment, as a percentage of total employment, has been flat since 1976 at a little less than 10%, and the federal slice has fallen substantially.
And during this time, conservatives, not progressives, have been in the driver's seat. Even Democratic presidents have had to kowtow - remember Clinton's declaration that "the era of big government is over"?
Equally mistaken is the notion that public-private partnerships - the collusion that Wilkinson and I both decry - are a result of socialist meddling. It is Republicans who pushed through the bulk of the aforementioned "privatizations" - outsourcing of government functions to well-connected firms, often via no-bid contracts. Does Will think that Blackwater or Halliburton got where they are today by cozying up to progressive politicians or technocrats? And on the lobbying side, it was Grover Norquist and Tom DeLay who led the K Street Project, an attempt to institutionalize the revolving door between private-sector lobbyists and the Republican party.
Conservative support for collusion is especially the case in finance. Read Simon Johnson's book 13 Bankers, and you will hear him point out again and again that it was Republican politicians who were most receptive to lobbying efforts by big banks. Sure, Democratic administrations were (and are) complicit in the "revolving door" between the government and Wall Street, but this has occurred over the loud objections of progressives, while conservatives have typically turned a blind eye.
All this leads me to ask: Are Will and I living in the same country? This idea that progressive success has led to public-private collusion is very clearly a false narrative.
It seems to me that Will is just really, really, really pissed off by the attitude and priorities of people like Joe Stiglitz, to the point where he blames these intellectual technocrats for everything that is wrong with our political economy. The "progressive master narrative" - that the masses need technocrats to protect them from plutocrats - strikes people like Will as horrifically arrogant, elitist, and even autocratic. I get that. But if Will and like-minded libertarians would just calm the heck down for a minute, they'd see that this progressive master narrative has been getting its butt handed to it all over the world for the past thirty years. Repellent as the progressive narrative might or might not be, it is the conservative master narrative - that government ought to be drowned in a bathtub, that businessmen always make the right decisions because they are businessmen, that there are no such things as public goods - whose excesses have actually been put into practice.
See, I have my own master narrative. It goes something like this: In a well-functioning economy, the government and the private sector complement rather than cannibalize each other. No country's private sector will ever get rich without the infrastructure, schools, research, legal system, police, army, etc. that only the government can and will provide in sufficient quantity. Private businesses should usually not try to take over these functions, just as the government should usually not attempt to build factories, dictate bank lending, or refine petroleum. To maintain this balance, one thing we need is a strong free-market ideology that prevents the government from overstepping its bounds.
But we also need high-quality technocrats in the government - technocrats who are dedicated enough or well-paid enough to resist the efforts of rational, self-interested, profit-seeking businessmen to use the government as a cash cow. If you demonize technocrats, all you'll succeed in doing is in making the technocrat profession a disreputable one. And all that will get you is...low-quality, easily corruptible technocrats! And if you try to respond to the existence of low-quality, easily corruptible technocrats by saying "Aw heck, Nozick was right, let's just drown the whole government in the bathtub," you'll just end up impoverishing your country, and then eventually you'll end up with kleptocrats rather than technocrats, and just watch what happens to your liberty under the kleptocrats.
So to people like Will Wilkinson with strong libertarian instincts, I say: Calm down. Put aside your gut reactions and take a cold serious look at the dangers threatening America's political economy. The danger of Marxism is long past. The danger of becoming a failed state is real and big and increasingly immediate. Yes, Joe Stiglitz is a big-forehead limousine liberal who thinks he knows what's best for the common people. No, Joe Stiglitz is not what ails this country.
(Side note: At the beginning of his post, Will links to a post by Scott Winship attempting to refute all of Stiglitz' claims about inequality. I am pretty unimpressed with this post. It consists of A) a headline claim that is swiftly retracted, B) a claim that increasing health care costs represent real wage increases, C) some opinion statements saying that Stiglitz' numbers just aren't that big of a deal, and D) a whole lot of taunting and calling Stiglitz a commie. If this is the best his detractors can do, I score this round for Stiglitz, despite the fact that I am not nearly so worried about inequality.)

Update: See comments for an explanation of why I'm not hugely worried about inequality. Short answer: It doesn't seem to be impacting people's quality-of-life as much as things like unemployment, financial insecurity, and stagnating income.

Update 2: The Economist's Matt Steinglass takes his co-blogger Wilkinson to task, making basically all of my points and a whole lot more, in this epic rebuttal.
Author: Noah Smith Posted at 2:10 AM