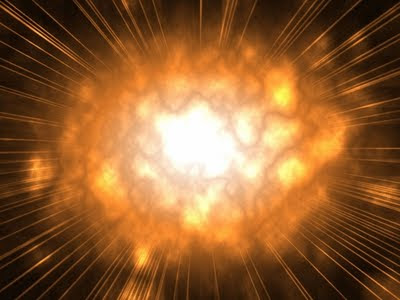 One more short note on John Cochrane's paper. In my last post I talked a bit about "dynamic Laffer effects," and claimed that they didn't make sense in a historical context. But I wanted to point out that they make even less sense in a theoretical context.
A "dynamic Laffer effect" is a permanent effect of tax rates on growth rates. John Cochrane illustrates the idea with this equation:

PV is tax revenues, Y is GDP, g is the long-term growth rate of GDP, t is the tax rate, and r is the interest rate.

The third term on the right hand side represents the permanent effect on growth rates of a change in tax rates. Cochrane asserts that this term is negative, and suggests a value of "only" -0.02 for the derivative dg/dlog(t).

Sounds small and insignificant, right? It makes sense that taxes have some negative effect, however small, on the rate of growth, right?

Except it doesn't make sense. If taxes change the long-term growth rate, then tiny differences in tax rates between countries will, over a long enough time scale, cause countries' incomes to diverge. A country with a 10.01% tax rate will eventually become infinitely richer than a country with a 10% tax rate.
But you don't need to invoke infinity to see how silly this is. Here's a numerical example. The United States takes in about 27% of our GDP in tax revenue. Using Cochrane's numbers, a country that took in only 6% of its GDP in tax revenue would - all else being equal - grow about 3% per year faster than us, year after year. In a mere 24 years, that country would be twice as rich as us. After a century, they would be 19 times as rich as us. That's about the same as the current disparity between us and sub-Saharan Africa.

In other words, dynamic Laffer effects can't exist, because, as a physics prof of mine liked to say, "then the Universe would explode." Tiny differences in tax rates among rich nations would eventually add up to massive differences in wealth, and we'd see exponential divergence instead of the convergence that we see in the real world. The nonexistence of dynamic Laffer effects is a stability condition of growth theory.
And yet the existence of these Universe-exploding effects is absolutely central and crucial to conservative policy ideas.
Author: Noah Smith Posted at 8:59 AM