Why Japanese government bond yields are so low 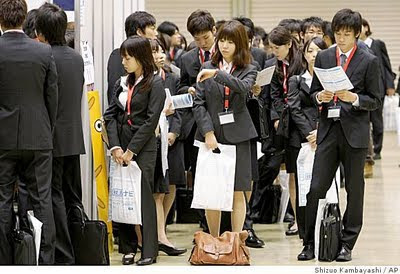 A question (to which I don’t have the full answer): why are the interest rates on Italian and Japanese debt so different? As of right now, 10-year Japanese bonds are yielding 1.09%; 10-year Italian bonds 5.76%.

I ask this because in a number of ways the two countries look similar. Both have high debt levels, although Japan’s is higher. Both have awful demography. In other respects, the numbers if anything favor Italy, which has a much smaller current deficit as a percentage of GDP.

I don't really know anything about Italy, but I do know a bit about Japan, and today I asked several Japanese economists why Japanese government bond yields are so low when Japanese government debt is so high. Their answers were pretty much in agreement.
It comes down to three things: 1) financial repression, 2) home bias, and 3) dysfunctional equity markets.
Although many of Japan's legendary bureaucratic ministries have dramatically weakened in power and prestige since the 1980s, the Ministry of Finance (MOF) is still extremely powerful. Japan's financial system, like many financial systems in Asia, is dominated by large banks. In order to finance the government's huge deficits, the MOF puts pressure on the big banks to buy lots and lots and lots of Japanese government bonds (JGBs).
This holds JGB interest rates down to very low levels. It also reduces deposit rates on Japanese households' savings accounts to zero, since the big banks need to maintain their spreads. So households see JGBs as fairly attractive investments compared to savings accounts. This is less of a factor these days, since Japanese net household saving is actually quite low now, but one professor I spoke with told me that households have apparently been shifting money from savings accounts to bonds.
This is the same kind of financial repression that Michael Pettis has talked about with regards to China. Ultra-low interest rates on household savings act as a stealth tax on households. In China this stealth tax has apparently been used to pay off non-performing loans at big banks; in Japan, it is going to fund government spending.
Of course, in China, the government can dictate the return on household savings because China has capital controls. Japan does not. So why don't Japanese households (and pension funds, another big purchaser of JGBs) simply defect and purchase foreign assets? Apparently, home bias is a big part of it. Japanese investors are scared of exchange rate risk; only recently have companies began offering households global index funds matched with currency swaps in order to limit this risk. Also, xenophobia appears to play a role as well; Japanese investors still tend to see foreign assets as inherently risky, ignoring the fact that diversification can dramatically lower that risk.
What about the Japanese domestic stock market? The experience since the bubble and crash in the 80s have convinced many Japanese investors that stocks go down in the long run, not up (as Americans tend to believe). And though no one I talked to mentioned this, I suspect that continued prevalence of cross-shareholdings and all-insider boards of directors have convinced investors that Japanese stock markets are institutionally dysfunctional, and hence a bad bet. I can't say I really disagree.
So I think that solves the Japan part of the puzzle. Bureaucratic power over a bank-centric financial system, enabled by home bias, allows the government to hold down its borrowing costs at the expense of households. As for Italy, though I don't know anything about it, I suspect that it has a far more "normal" financial system.
As a final note, it seems to me that the Japanese government's success in holding down its borrowing costs has probably had big negative effects on the economy. Banks that are forced to buy JGBs can't lend as much to firms, which seems like it would depresses economic activity, holds down growth, and probably contribute to deflation via suppressed wages. Households have been squeezed and squeezed by falling incomes until their savings rates have gone negative, yet they are still earning nothing on their savings. As a result, households are dead set against tax hikes to close the budget deficit, but politically powerful farmers and construction companies won't allow spending to fall either. It's hard to see how this vicious cycle will be broken, until Japan is forced to default from the sheer weight of interest payments. That would be the biggest and most catastrophic sovereign default in world history, unless of course the U.S. manages to pull one off first.

Update: A friend at the Ministry of Finance points out that much of the pressure on banks to buy JGBs is regulatory rather than informal. Banks are required by law to keep a certain amount of their capital in "safe assets," which in practice means JGBs only. Foreign-country bonds do not count, even if exchange rate risk is hedged via currency swaps. He also told me that much of the demand for JGBs is expected to come from small and regional banks in the near future, while big banks are hedging their bets by shifting into shorter-term JGBs.
Author: Noah Smith Posted at 9:54 AM